For the first time ever, eight of the most iconic cinematic masterpieces of the horror genre are available together on Blu-ray as Universal Classic Monsters: The Essential Collection. Digitally restored in perfect high-definition picture and perfect high-definition sound. This essential set includes a never-before-seen featurette about the restoration of Dracula and the first ever offering of Creature from the Black Lagoon in its restored Blu-ray 3D version.

Dracula The original 1931 movie version of Bram Stoker's classic tale has for generations defined the iconic look and terrifying persona of the famed vampire. Dracula owes its continued appeal in large part due to Bela Lugosi's indelible portrayal of the immortal Count Dracula and the flawless direction of horror auteur Tod Browning.

Frankenstein (1931)
The Mummy (1932)
The Invisible Man (1933)
The Bride of Frankenstein (1935)
The Wolf Man (1941)
The Phantom of the Opera (1943):
The Creature from the Black Lagoon (1954)
PostTweetShare Share with WhatsApp Share with Messenger
Community Updates
Amazon DealsAmazon discount code
If you click through or buy, retailers may pay hotukdeals some money, but this never affects which deals get posted. Find more info in our FAQs and About Us page.
New Comment Subscribe Save for later
7 Comments
18th Nov 2019
Heat added!
18th Nov 2019
Heat 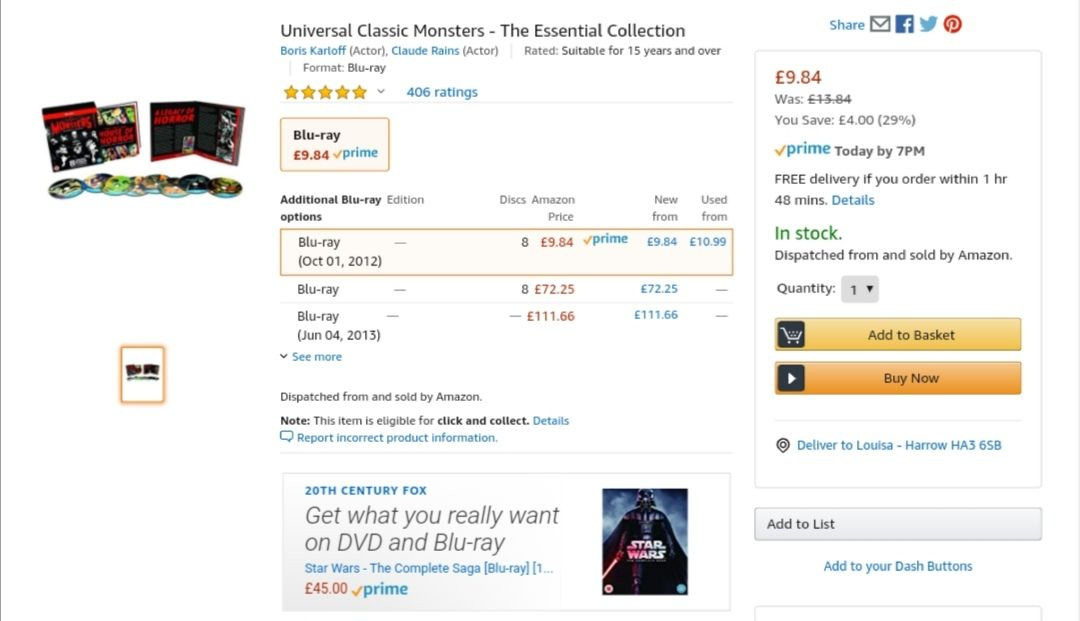