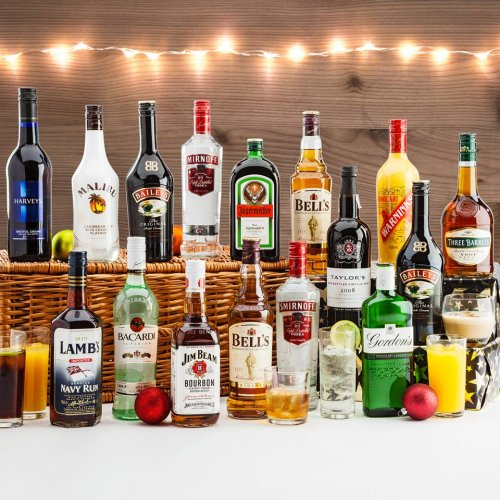 Click here for a direct link to the spreadsheet.

Click here for an HTML link to the spreadsheet.

In early December 2016, I thought it was a good idea to resurrect the wonderful yet expired alcohol mega thread that zombieman had originally posted. I did PM to ask him permission to resurrect/continue it but have not had a reply and he appears not to have been online for a good few months, so I will go ahead and hope for the best! Credit for the concept goes to him!

I have collated prices from the supermarkets and comparison websites and played with the API to make sure this post can be updated on a daily basis or at worst case scenario, every other day. The spreadsheet isn't quite perfect but I believe the prices are correct as of today (or the day of the update as per the title). Do bear in mind though that it excludes offers like Morrison's 2 for £20 on spirits. These are just prices per bottle.

I have tried to clean up the original spreadsheet and have marked the lowest prices in green. Good deals are highlighted in bold red and are marked if they are at least 15% cheaper than the next cheapest. Items marked "-" denote they are not sold at that specific supermarket or are out of stock (at least from a online shop perspective - they may be in stock in-store of course). Blue denotes that the current price matches the lowest ever price recorded. Final column shows price per litre.

As always you are welcome to add, suggest or amend deals. Let me know if there are errors too - I'm sure there will be some.

As some of you will be aware, the Alcohol (Minimum Pricing) (Scotland) Act 2012 was introduced on 1st May 2018 as a statutory minimum price for alcohol, initially 50p per unit, as an element in the programme to counter "alcohol problems". Given that I do not live in Scotland, nor have access to accurate Scottish pricing for each supermarket that I list, I do not supply pricing Scottish pricing. It's not because I don't want to, it's because I cannot do it. I have even attempted to use a VPN located to Edinburgh and run a price check there to no avail. Simply adding 50p to every unit is not only incorrect but not viable.
PostTweetShare Share with WhatsApp Share with Messenger
Community Updates
Asda DealsAsda discount code
If you click through or buy, retailers may pay hotukdeals some money, but this never affects which deals get posted. Find more info in our FAQs and About Us page.
New Comment Subscribe Save for later
Top comments
3rd Nov 2016 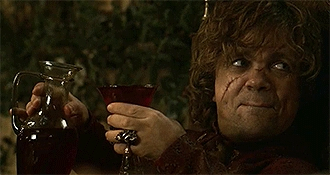 3rd Nov 2016
nice one. I wonder if next time you could add Tanqueray No.10 to list. I'm sure some of the users would appreciate that. thanks
3rd Nov 2016
Think it would be a good idea to add Amazon, it would be usefull for prime members to get free home delivery.
3rd Nov 2016
Heat added for not putting "mega thread" in the title
958 Comments
3rd Nov 2016

Will do so for the next run.

The original didn't have it. But it can be added for the next run.

I hope he's alright - All that cheap booze and that ! ........
3rd Nov 2016
Heat for the effort, very much appreciated
3rd Nov 2016
It says this deal was found 3 hours 8 minutes ago (at time of writing). I'm surprised to be honest, I've known about alcohol for ages now, years even, I guess the secret is out.
3rd Nov 2016
Any similar spreadsheet for beers?
3rd Nov 2016
Notice you don't include Aldi ? - some decent drinkies there - admittedly their own brand but their Old Hopkins (Rum with Caribbean Flavours) and their Black Label 6 year old whisky (albeit blended) are both good stuff at sensible prices !!!!
3rd Nov 2016
Heat added for not putting "mega thread" in the title
3rd Nov 2016

And their version of pimms isnt bad either for half the price n more
3rd Nov 2016
I'll drink a whiskey drink. I'll drink a vodka drink.
3rd Nov 2016
Fantastic that this is back. Well done OP.
3rd Nov 2016
~Just wondered why Aldi (and their specific) deals not included ? Their Old Hopkins (Rum with Caribbean flavourings) not merntioner - good value at £9.99 plus their super Black Label 6 year old (admittedly blended) whisky not included -despite winning awards. Recognised Brand labels not always best choice - any comments ?
3rd Nov 2016

The deal is not for own brand drinks as you can't buy it at another retailer....
3rd Nov 2016
I quite the Aldi port as well as that **** coconut rum type drink, is the Black label whisky worth it then? Any other recommendations?
3rd Nov 2016
[img]https://media3.giphy.com/media/xiSNlqXMxsMdG/200.gif#31[/img]

deleted1336857
4th Nov 2016
Best laying off the 'hard stuff' for many folk IMHO can lead to alcohol related problems.
Not that wine or beer if 'safe' its just things can spiral out of control quicker with spirits.
drinkaware.co.uk
Edited by: "deleted1336857" 4th Nov 2016

You PM'd to ask permission, ahahahahaha

It wasn't my concept nor my spreadsheet, so yes.

I could add it but as pointed above, there is no exact comparison. Own-brand items will always be cheaper.
4th Nov 2016
In the middle of an update. Have added ports, Tanqueray No.10 and Amazon.

Amazon data giving me a headache though: a lot of N/As and the API omits marketplace sellers. Will need to find a better solution for it or omit it altogether.
4th Nov 2016

It's not a comparison of different types of whiskey/vodka/gin etc. it's a cost comparison by brand i.e. where to get each brand the cheapest.

If only Aldi stock an item, then there's no comparison to other retailers so doesn't need to be included IMO.
4th Nov 2016
Update completed - some gaps which will be resolved for the next run