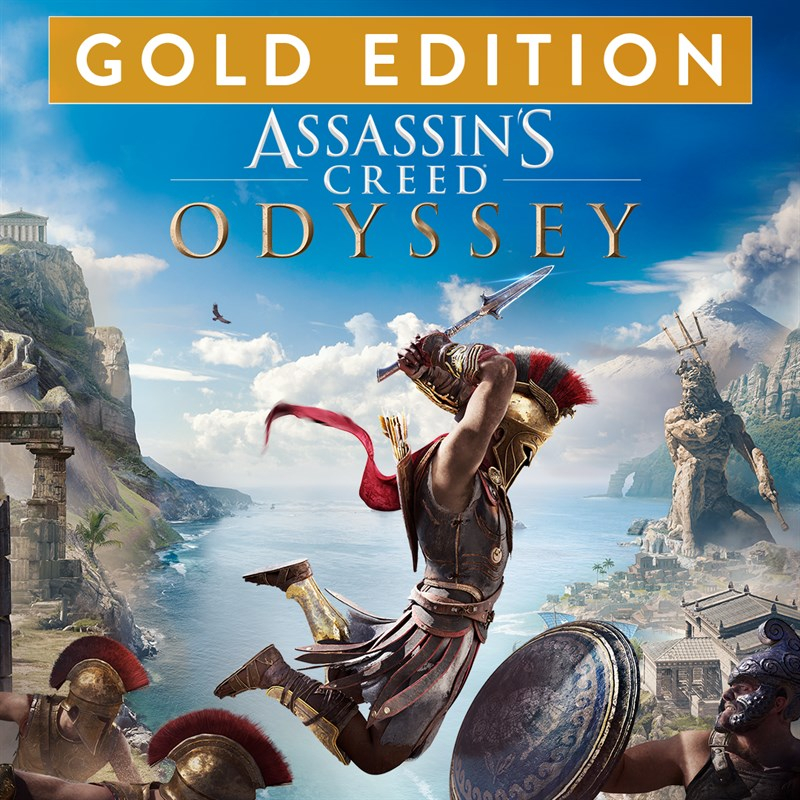 Use code to get price stated. Thanks to @BuzzDuraband‌

Enhance your Assassin's Creed Odyssey experience with the GOLD EDITION including the game and the SEASON PASS.

From outcast to living legend, uncover the secrets of your past and change the fate of Ancient Greece in action-adventure RPG Assassin's Creed Odyssey. With this Uplay game key, you'll take on the role of one of two siblings and follow their path as they become mercenaries during the Peloponnesian War.

TRAVEL TO ANCIENT GREECE
From lush vibrant forests to volcanic islands and bustling cities, start a journey of exploration and encounters in a war torn world shaped by gods and men.

FIGHT ON A NEW SCALE
Demonstrate your warrior's abilities in large scale epic battles between Athens and Sparta featuring hundreds of soldiers, or ram and cleave your way through entire fleets in naval battles across the Aegean Sea.
PostTweetShare Share with WhatsApp Share with Messenger
Community Updates
Fanatical DealsFanatical Discount Codes
New Comment Subscribe Save for later
30 Comments
12th Feb
Now this is so tempting do you think it'll get cheaper anytime soon?
12th Feb
Can't see anything on the site about it containing the other 2 games?
12th Feb

Can't see anything on the site about it containing the other 2 games?

They're included in the season pass
Edited by: "thewrecker7477" 12th Feb
12th Feb

Now this is so tempting do you think it'll get cheaper anytime soon?

Eh PC, it's in the title

Oh yeah i see it now. Please excuse me

I get like that sometimes
12th Feb
Brilliant value. My 2018 GOTY (and I did also play God of War and Red Dead 2) and I played nearly 150 hours finishing it all.
12th Feb
This was a great deal at £40 last year, now with the season Pass, the free dlc & Story Mode this price is great.

I wasn't a fan of the other AC games but I enjoyed this game so much that after completing it on Xbox, I bought it again on PC just see it all its 'proper' 4k glory. I did get distracted by the Photo mode a bit too
Edited by: "epic.mushroom" 12th Feb
12th Feb
Good deal and purchased but no doubt it'll be another one I wish I had time to play.

On another note, I've added it to my uplay account but I can't seem to find the Assassin's Creed Liberation REMASTERED game in my games list? Am I missing something?
Edited by: "Grafix" 12th Feb
12th Feb
i started playing this game last week. really liking it.
12th Feb
How does this fare against Origins? I enjoyed Origins a lot but I've been spoiled by Witcher 3 and Zero Dawn, so I kinda fell out of it after a while. I hear nothing but good things about this installment though
12th Feb
Good deal. Also possible cashback through TCB (5.05% - new customers and 2.02% for existing customers).
12th Feb

It's under DLC for AC3 Remaster
12th Feb
One of those games I wish I could play again for the first time!
12th Feb

It's under DLC for AC3 Remaster

Now this is so tempting do you think it'll get cheaper anytime soon?

It was under £20 on Epic (activating on Uplay) in their Xmas/NY sale.
12th Feb
If it was this price on console I'd bite.
13th Feb
Haven't bought a UPlay game from Fanatical before - is it a key or do you need to link your Fanatical account to your UPlay account?
13th Feb
Thanks for posting this, been after this game for awhile but been holding off as I wanted the DLC included
Funnily enough been looking for Assassins Creed III Remastered too!
13th Feb
It's on GeForce Now so if you want to play with ultra graphics and 60fps you can stream it through there for free for the next 90 days.
13th Feb
WHAT A GAME! WHAT A PRICE!!! ‌ ‌ ‌
13th Feb 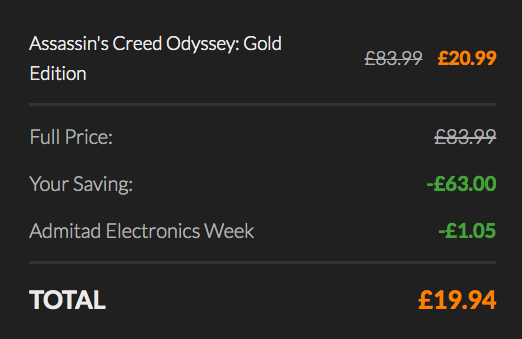 It's just Origins but slightly better. If you enjoyed Origins then you'll definitely enjoy this, and it is better in lots of small but very noticeable ways. More compelling world and characters, improved skills and combat, the ships & boarding mechanics are good fun. I played the Witcher 3 first, then still unexpectedly enjoyed Odyssey so much that I went back for Origins. Actually struggled to get into that one as much because it just felt like an inferior version of what I'd just played. I'd definitely recommend it at this price, that's a lot of good content available even without the extra whole games thrown in.
13th Feb

Thanks mate that's really helpful. Might give this a go!
13th Feb
Quality game and just playing through it the last few weeks. The amount of content for the money is unbelievable. Best assassins creed game I ever played
14th Feb