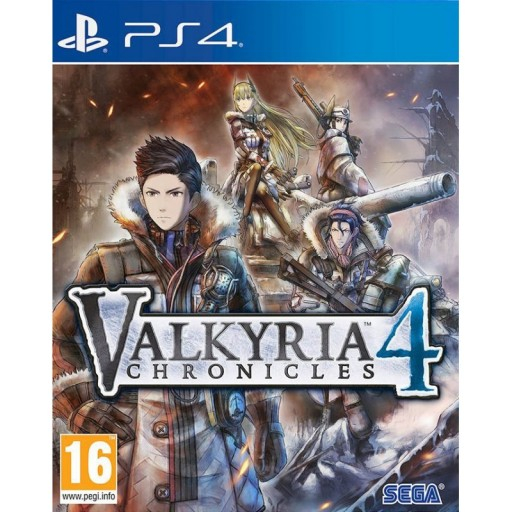 Valkyria Chronicles 4 takes place in the same timeframe as the original Valkyria Chronicles, but focuses on Squad E of the Federation. Commander Claude Wallace and his childhood friends set out to fight for freedom in this desperate war, but bone-chilling blizzards, waves of imperial soldiers, and the godlike powers of the Valkyria stand between them and victory. The return of the BLiTZ Battle System and the CANVAS Graphic Engine!

PostTweetShare Share with WhatsApp Share with Messenger
Community Updates
The Game Collection DealsThe Game Collection promo code
If you click through or buy using any of our links, retailers may pay hotukdeals some money, but this never affects which deals get posted. Find more info in our FAQs and About Us page.
New Comment Subscribe Save for later
9 Comments
24th Nov 2019
Heat, first time this has had a significant discount on the PS4 from what I remember. It's bite now or wait to see how further if this drops in a week..
Edited by: "PS_Cool1121" 24th Nov 2019
24th Nov 2019
This was £10 at CEX a couple of months ago, now back up to £20 😞
Good price for a new copy
Edited by: "TonySquared" 24th Nov 2019
24th Nov 2019
Just a reminder that this is also in the eshop sale for £17.49
24th Nov 2019

I missed out on that deal. And this game is solid.

Shame. I bought the cex copy for £10, sold if for £20 ad then. Bought the collectors edition for £32 from Cex, came i good condition considering second hand.
7th Dec 2019

Btw this and Valkyria chronicles remastered which should i get?
7th Dec 2019

Btw this and Valkyria chronicles remastered which should i get?

Not played this yet but it’s meant to be like the remastered one, remastered is awesome.
7th Dec 2019

Btw this and Valkyria chronicles remastered which should i get?

Probably this, as it takes place during the same time as Valkyria chronicles 1. The story is accessible for new comers to the series.
12th Dec 2019
Just bought this used form MM for £8.99