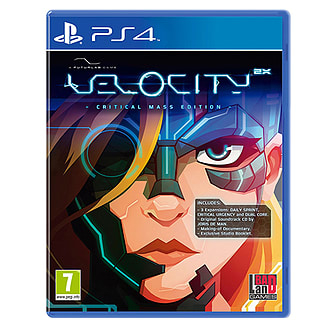 Abducted by a race of hostile aliens, Lt. Kai Tana must use her quick reflexes and the teleporting power of the Quarp Jet to free her fellow prisoners and find a way home. 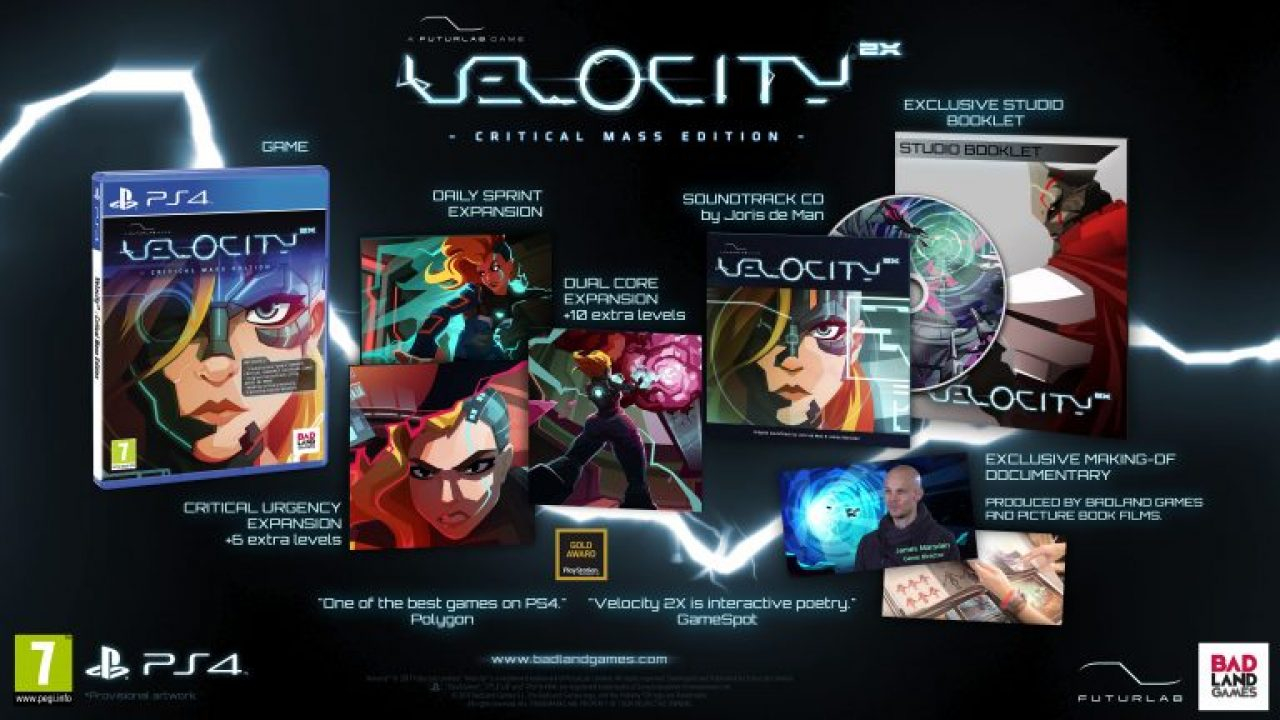 • Velocity 2X game
• Critical Urgency expansion with 6 extra levels
• Dual Core expansion with 10 extra levels
• Daily Sprint expansion (a platforming level that is generated randomly each day – the user can practice the level as many times as they like, but once they choose to start their final run that score will be the one that appears on the leaderboard)
• Exclusive Making-Of Documentary produced by Badland Games and Picture Book Films (24+ minutes!)

• Official Soundtrack CD by Joris de Man
• Exclusive Studio Booklet focusing on the inspirations behind the creation of the game
PostTweetShare Share with WhatsApp Share with Messenger
Community Updates
GAME DealsGAME discount code
New Comment Subscribe Save for later
21 Comments
18th Feb
Worth it just for the soundtrack
18th Feb
Not able to add to basket!
18th Feb

Not able to add to basket!

That is terrible! Now go here, put your post code, keep the fingers crossed and see if the local store has them in stock and if yes reserve a copy for C&C. 2 out of 3 around me have it in stock.

18th Feb
Typical all stores around me has it but not my local....
Thought I bought this though, Libib doesn't say so though :/
18th Feb

My Libib says I have it on both PS4 and Vita.
18th Feb

My Libib says I have it on both PS4 and Vita.

Defo dont have a Vita copy.
Your Libib probably tells you that you have 95% of PS4 games and 85% of Vita games ‌ ‌
18th Feb
There's local stock for me. Now to decide...will I actually play it if I buy it? haha. Great deal.
18th Feb

No I am missing a lot and I have slowed down a lot since a few months ago because of moving house and all the associated expenses with that. My vita collection is really small tbh.
18th Feb

I wonder why you had to move house :/ needed a spare room for your shelves didnt you ‌

How many do you have? I have around 300 including the LRG stuff.
18th Feb

How many do you have? I have around 300 including the LRG stuff.

Errrrrm 28 or so ‌ ‌ so like 10 times was almost perfect

Oops. I know a lot of Vita of fans are having massive collections.
18th Feb

Im a Vita fan but a tight azz at the same time, I only play mine when I go to bed early (which is few times a year) or TV is being used. I only have 2 or 3 Vita platinum but love the console and hoped for a Vita 2 which would just be a portable PS4/5 as the games did my head in being so reduced
18th Feb
This is a steal for a genuinely great game.
18th Feb
@mixmixi have you got a copy of this? I need to know what’s in it as I’ve just collected mine and it wasn’t sealed 😡
18th Feb

Looks like it’s all there then. Thank you mate. DLC must be in disc then
18th Feb
@mixmixi I returned it. Wasn’t confident as the disc has some marks on it too.

They spoke to the other store in my town but they were all unsealed too. Not sure they can sell them as ‘New’ when they aren’t sealed copies
18th Feb

Sorry to hear that mate.
18th Feb
It’s alright. Would you have done the same?
18th Feb

It’s alright. Would you have done the same?

I have not bought any software from GAME for a long time now. I only buy exclusive hardware from them and other than that I hope they go down.