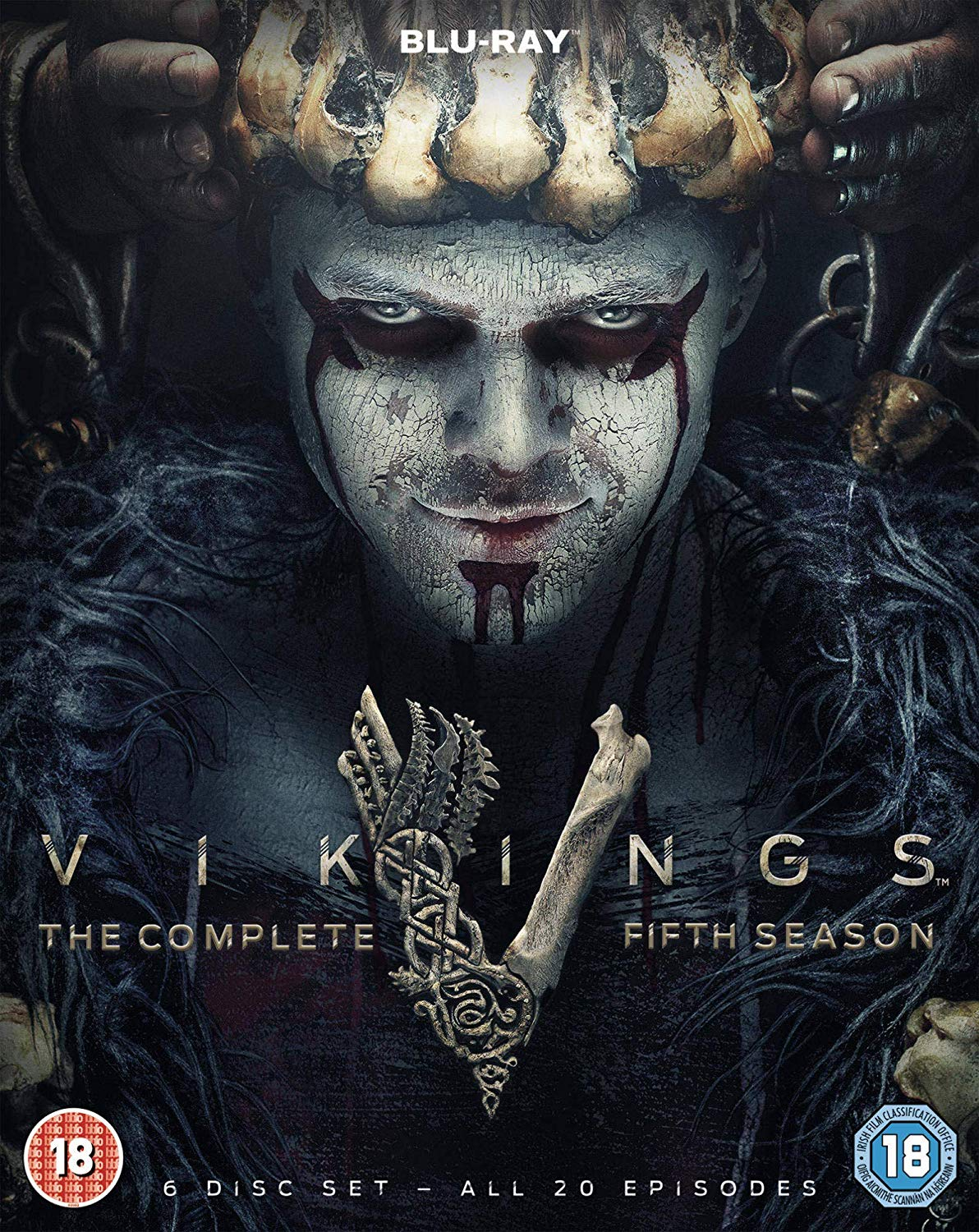 Season Five begins with Ivar the Boneless asserting his leadership over the Great Heathen Army, while Lagertha reigns as Queen of Kattegat. Ivar’s murder of his brother Sigurd sets the stage for vicious battles to come, as Ragnar’s sons plot their next move after avenging their father’s death. Bjorn follows his destiny into the Mediterranean Sea, and Floki, who is suffering from the loss of his wife Helga, takes to the seas submitting himself to the will of the gods. This season is full of startling alliances and unbelievable betrayals as the Vikings fight to rule the world.

As the explosive second half of Vikings Season Five begins, Ivar the Boneless’ tyrannical reign as king of Kattegat ushers in a new Dark Age for Scandinavia. And while Bjorn and Lagertha flee Ivar’s murderous forces with Bishop Heahmund, Duke Rollo’s return brings even more upheaval. Meanwhile, Floki battles the elements — as well as his settlers’ lust for revenge — in beautiful, desolate Iceland. Ultimately, the sons of Ragnar and old sworn enemies must become allies to challenge the despot Ivar, who has declared himself a god. The gut-wrenching action and dramatic plot twists reach a fever pitch as the season unfolds!

Special Features DVD and BD:Volume 1:Moments of Vision, The Creator’s Audio Commentary with Michael Hirst I Am BonelessBringing The Invisible People To Life: The SamiDeleted ScenesVolume 2: Ep. 7 - The Most Terrible Thing Audio Commentary Deleted ScenesThe Epic War of Ragnar's SonsThe King and The Warrior Bishop
PostTweetShare Share with WhatsApp Share with Messenger
Community Updates
Amazon DealsAmazon discount code
If you click through or buy using any of our links, retailers may pay hotukdeals some money, but this never affects which deals get posted. Find more info in our FAQs and About Us page.
New Comment Subscribe Save for later