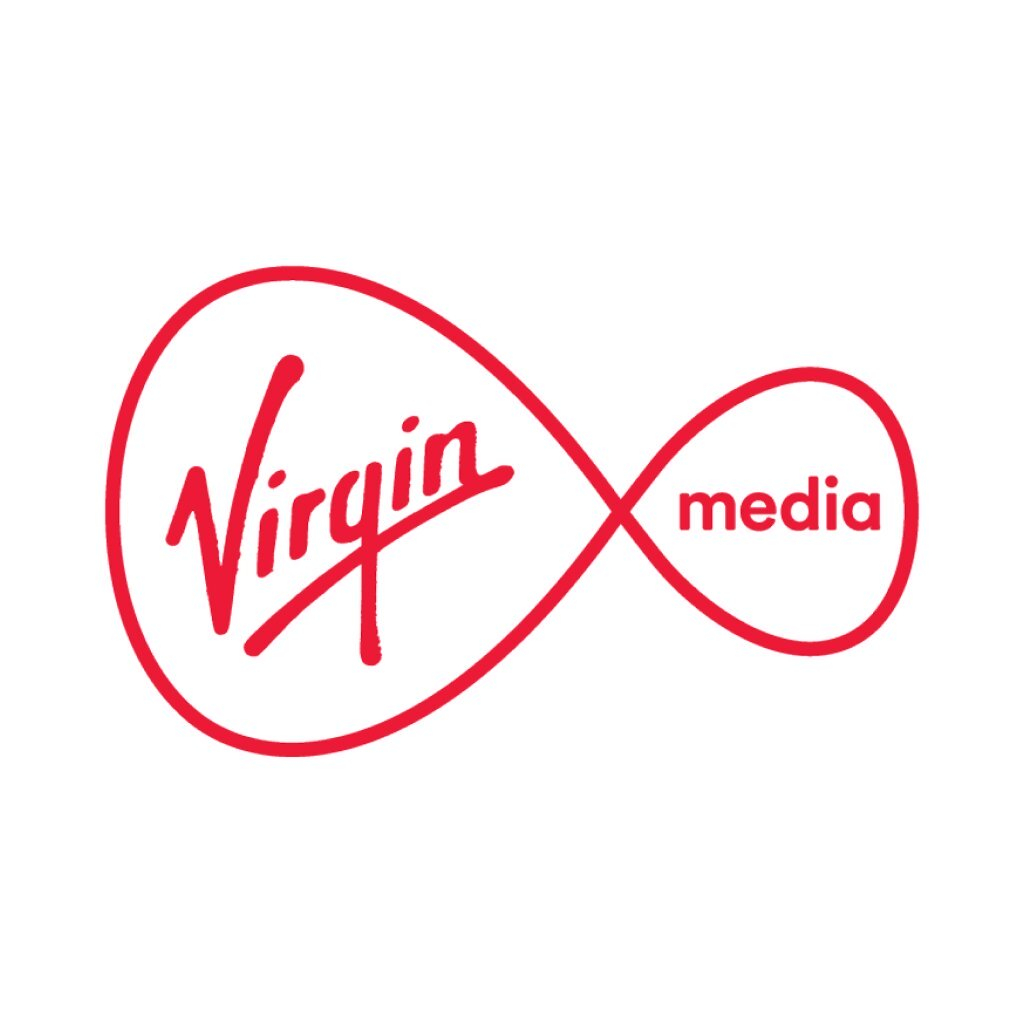 It says £24.00 a month on Moneysupermarket's Website, but when you click through it becomes £10.00 a month for the first 12 months.

Someone definitely messed up with the pricing. Worth a try? 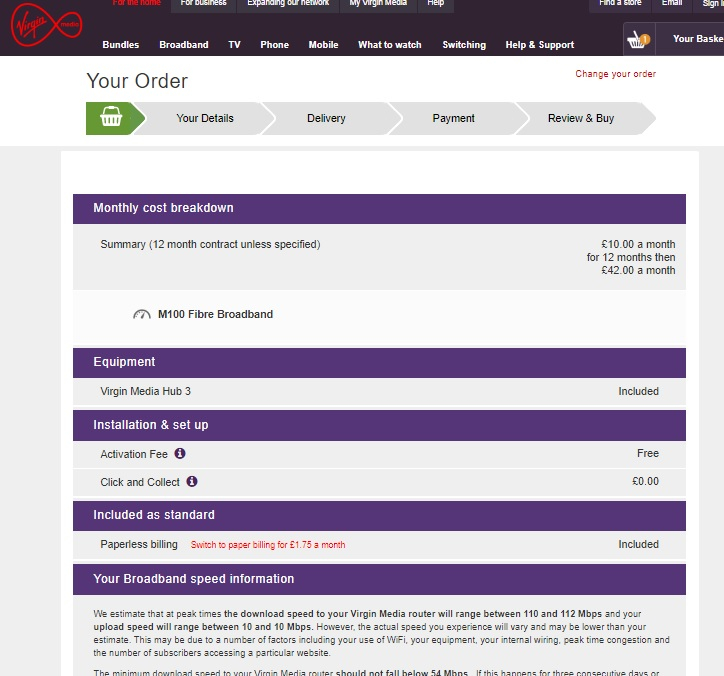 The staff know about it, there's no fuss, just explain that you bought the money supermarket package broadband for £10 per month, you received an order confirmation of that amount, then some time later you received a contract with £42 per month.

I've gone through this phone process three times now to confirm it will get through their call system to an advisor.

Option 1 for broadband ( It may then ask you to confirm your post code if you're calling from the phone you entered during sign up. Press 1 to confirm the postcode is correct).

Then option 4 (changes to package)

Then option 4 (thinking of leaving)

Then option 2 (Any other reason for leaving)

Then the system will ask for telephone password, which most of us have not set up yet, so we can get around this by entering random characters when it asks for 3 of them, and will state they are incorrect. It will ask us a second time for three characters. Entering them incorrectly again here will then forward you to AN ACTUAL PERSON!

Expect to be on hold for 20+ minutes, so slap the phone on the side and make a cup of tea. You'll get to listen to most of Justin Bieber's albums while you wait, but will get answered eventually.

20 minutes later my £10 per month subscription was confirmed via email via a new contract.


About 9 minutes on phone (1st time, ordered Wednesday 1st, arrived/self installed Saturday 4th) & should be sorted in 24 to 48 hours. I have the call recorded. Did not ask for a text - asked for & promised an email.

nothing could entice me back to virgin

A few months with TalkTalk would do the trick.....
1st Apr
For new customers only. We had around a month left so I cancelled and rejoined using wife's name.

30 days notice, so it worked perfectly for us. That's if they honour it.
Edited by: "jdw2013" 1st Apr
3026 Comments
1st Apr
Is this for new customers only or existing too?
1st Apr
Amazing deal
1st Apr
Fantastic Deal. Works out at £5.83 per month if you take into account the Amazon voucher
Edited by: "happymanuk" 1st Apr
1st Apr
For new customers only. We had around a month left so I cancelled and rejoined using wife's name.

30 days notice, so it worked perfectly for us. That's if they honour it.
Edited by: "jdw2013" 1st Apr
1st Apr
Good deal
1st Apr
How's this work with home phone? Can you add it?
1st Apr
Miss to the price
1st Apr
Damn. Can’t get it at my house. Currently wfh on my phone
1st Apr
How would this work for current customers who have just agreed a new contract.... Cooling off period potentially help?
1st Apr
I’m confused on how existing customers out of contract are able to get new customer deals. Doesn’t the engineer notice that you’re already with Virgin when they come over?
1st Apr
Is hard to get a Virgin engineer to come to your house and setup everything these days...
1st Apr
Cheapest it shows £24 per month
1st Apr
this is mega cheap for Virgin Fibre
1st Apr
Great deal. Just set yourself a reminder to cancel before it expires... that £42 a month after would sting!
1st Apr
thanks mate... you made my day.... I was just looking and just going to deal with BT £27.99 and I see your post and I am very happy ..... thanks a lot ...
1st Apr

How's this work with home phone? Can you add it?

Same question for me too, can you add weekends calls in checkout option? Someone going through checkout can confirm this is an optional extra?
Edited by: "jayman1986" 1st Apr
1st Apr
Fantastic price, wish i wasn't already in a contract with them so i could take advantage
1st Apr

No worries, let's hope they won't email and say it's a misprice.
1st Apr

Cheapest it shows £24 per month

You are wrong, you need to put an email addy into the first screen detailing the Amazon voucher then press continue..

PS Has to be a misprice but wouldn't stop me going for it if I wasnt already with them on the ultimate oomph package...
Edited by: "POWER12345678" 1st Apr
1st Apr
nothing could entice me back to virgin
1st Apr
I did recieve an order confirmation from Virgin, also says £10 a month on it.

Are they not supposed to notify you when your contract is ending now?
1st Apr

Are they not supposed to notify you when your contract is ending now?

True, they are. But I can see the notification getting "lost in the post" or "going to spam" to be honest. Some people call me a cynic for some reason...
1st Apr

Are they not supposed to notify you when your contract is ending now?

Good question? Or is roling contract?
1st Apr
Can anyone advise how this would work for current customers within cooling off period?
1st Apr

Cancel your existing order then order this?
1st Apr
I reckon they'll honour the £12/month but no voucher (as they can say that was based on 24/month)
1st Apr

Cancel your existing order then order this?

But what if this wasn't honoured?
1st Apr
I understand if let's say you've had sky fibre (phone line) and you go virgin, after 12 months you want to go back, I think you have to pay BT for reconnection!
1st Apr
Brilliant deal, just checked my contract and it doesn’t expire till the 2nd July 😏
Edited by: "AndyWalker85" 1st Apr
1st Apr
Anyone who has taken this, can you add phone line to the package? Ive been far as the payment details but cannot see any option and dont want to go further without knowing. Thanks
1st Apr

How did you go about doing that process-wise? I have just today put in my 30 days notice as end of contract. Did you order at the end of the 30 days or straight away? Thanks for your help!
1st Apr

I’m sure they will let you add one after, It’s more money for them at the end of the day
Edited by: "AndyWalker85" 1st Apr
1st Apr

Yep, usually £60. Virgin wouldn't price match Vodafone for me, so I left and now I'll never go back because they're too expensive after 12 months.
1st Apr
Thx OP I've given this a shot
my plusnet fibre (Inc. Line) contract ends at the end of April.

After reading some of the comments above I'm wondering if I'll need to contact plusnet directly to cancel that service?
Edited by: "Savaholic" 1st Apr
1st Apr
Done thanks currently out of contract with them but in wifes name so taken up this in my name ...let's see how this plays out will they honour it
1st Apr
I've just signed up too. I'm a key worker who is at home for the 12 weeks and had been waiting and hoping to get home working equipment

One of the conditions was having a home internet connection with unlimited wifi.
I only have my phone with 7gb data which is no use for working full time from home .

I'm more that happy to pay £10 a month out my own pocket to help the nation.

So OP thank you and fingers crossed for my Saturday delivery.
Edited by: "cheekyweegit" 2nd Apr
1st Apr
Beware the hub. It’s awful. I can’t get WiFi in the bedroom... in a 1 bed flat
1st Apr
Sweet
1st Apr

nothing could entice me back to virgin

A few months with TalkTalk would do the trick.....