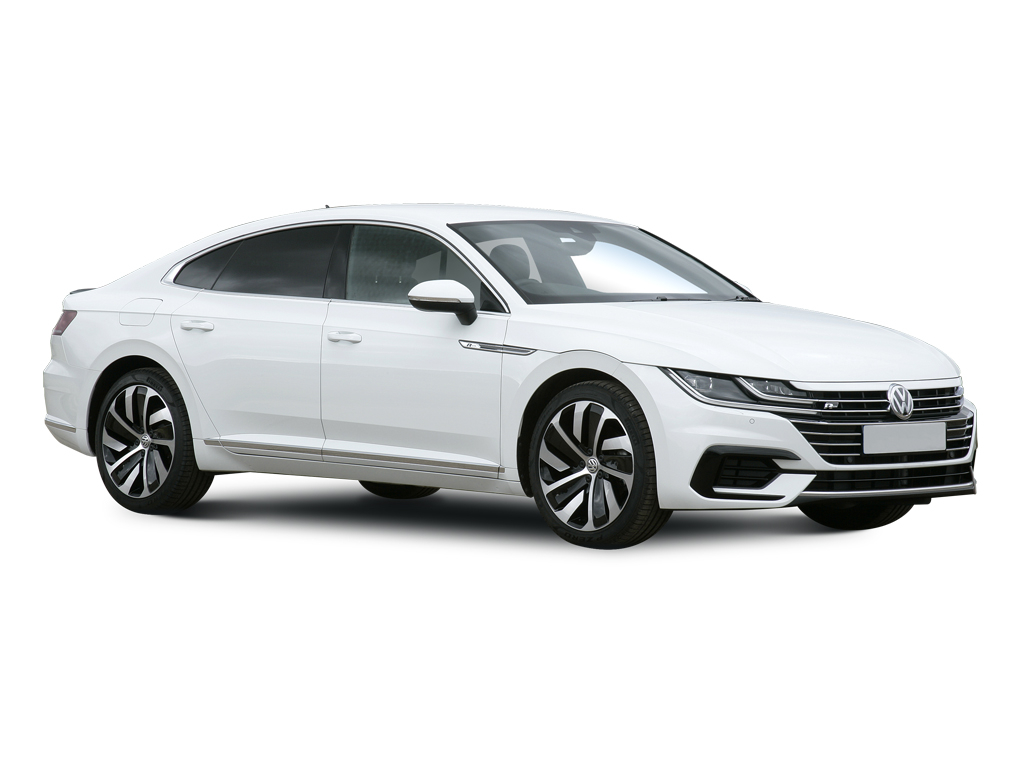 White or Grey - looks like white may be extra


Base spec 2.0 TSI DSG SE but looks decent they have others but iro 50 a month more for R line

Havent used these guys but they have been going ages

Options for 3+23 etc but work out a few hundred dearer
Edit see post from M5RCC - better deal as direct from main dealer and a bit cheaper too
PostTweetShare Share with WhatsApp Share with Messenger
Community Updates
National Vehicle Solutions Deals
New Comment Subscribe Save for later
Top comments
13th Jan
Cheaper at Listers though at £5,691.54 or £237.15/net/month: 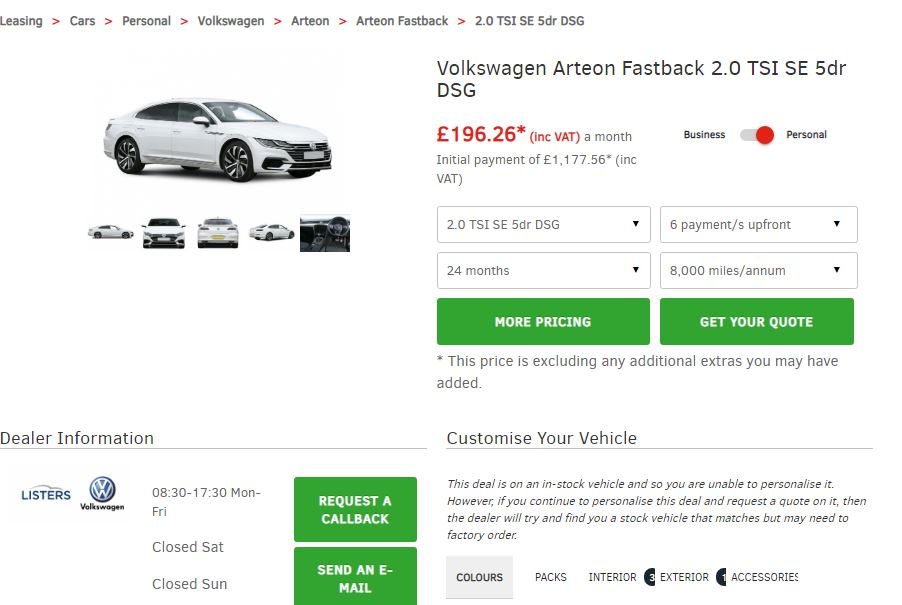 Opps - was obviously concentrating on the pricing and forgot...added (since you asked so nicely )
46 Comments
13th Jan
You'd definitely need GAP insurance with that massive deposit.
13th Jan
Complete lack of info in post.
Spec?
Engine?
13th Jan
Deposits at this place are a joke, who do they think their kidding, make more sense saying £200 p/m with 3 upfront
13th Jan
Cheaper at Listers though at £5,691.54 or £237.15/net/month:

That's a good price for a good car. I liked mine.
13th Jan

Nice, sure I looked on Whatcar over the weekend and they were no deals anywhere close
That gives me hope to keep looking for a good deal on an auto SUV - need one in the next 3 months and can take delivery asap if anything comes up.
13th Jan

Do you think GAP ins is worth it in general?
I see mixed views and dont really see where it is necessary.
Why only with a big deposit Insurance usually pays market value correct?

Say you crashed it in the first couple of months Insurer pays market value and wouldnt market value be significanlty less than list RRP, I think What Car suggests looking for a 7k discount off list.
Thanks
13th Jan

Anyone know if they are factory order?

Stock, delivery in 2 weeks, White of Grey available =- but worth checking with the dealers as per M5RCC post
Edited by: "mgk" 13th Jan
13th Jan

Yes because the insurer will pay the market value at the point of loss, and given this car is on lease, there is no guarantee the amount paid by the insurer will cover the finance.
13th Jan
MPG ?
13th Jan

Your insurer will give you market value of what is effectively a used car at that point, so unlikely to be the same value the car finance holder calculates, especially early in the lease. Also remember you recoup the cost of that first payment over the course of the lease by making lower monthly payments, so you could find yourself £3k down having only had the car for a month if it gets written off.
Edited by: "GrimDanFango" 13th Jan
13th Jan
Given that you can get a 2-year GAP policy for less than £100 it is great protection. A great deal of insurance policies will cover a new car in full for the first year like-for-like so that is worth checking.

Shop around for your GAP insurance though, pointless taking a first party policy for a huge wedge of cash!

Out of curiosity, why would a variation in the size of the deposit effect the need for GAP insurance?
13th Jan

It’s a risk based decision that only you can take really. Are you happy to potentially pay any shortfall in the settlement figure if the insurance doesn’t meet it? Are you happy to potentially lose your initial payment? Are you happy to pay a hundred or so quid, potentially to not use the policy?
13th Jan
I'm not someone that likes to put a big deposit down with a lease (and would definitely recommend GAP insurance for peace of mind, even if you could probably argue with your insurer if you didn't have it) as I don't usually have that much saved up anyway but my personal preference is to pay a slightly higher monthly so you don't have that big hit at the start.

The delivery times on these cars has been insane in the past (over 12 months) so it could be a bit of a gamble if you're trying to time it against a current car you may lease.

I understand that as the reason for requiring GAP insurance, but don't see how this fits with the size of the deposit, given the value of the vehicle at point of loss would be consistent whether you have a £0 deposit upfront or £3k upfront?

I feel like I'm missing something here!
13th Jan

Because you don't want to have an accident within month one, having coughed up £3k and not get it back. It would be prudent to pay a smaller deposit (especially when you can in this instance).
13th Jan

It's a PCH lease, so you have a finance agreement against a vehicle that belongs to someone else. You owe that someone else money. You lose that £3k if you don't have GAP as you already paid it, and even if the insurance pay off the rest of the finance for you, and the value of the car to the owner you are £3k down which could happen after a day, a week, a month or never.

Correct me if I'm wrong here, but if you've coughed up £3k upfront, the settlement figure from the finance company will be £3k less than someone who pays £0 upfront, so you end up with the same GAP to cover if there is one. Settlement figure being based on the value of the vehicle at point of loss and the remainder of the finance, someone who has paid £3k upfront has £3k less remaining on their finance.

I agree a smaller deposit is a better option, but just don't get the argument that you'd be more inclined to get GAP insurance if you put a bigger deposit down.
13th Jan
Because gap can cover you so you get that deposit back?
13th Jan

It's much more important with a big deposit as you've already said goodbye to that money, the insurance don't care about what you've paid already. If I have £2,500 left to pay on the finance, and that is paid by the insurance along with the value of the car then who gives you your £3,000 back to get another lease with?

GAP insurance will cover the lost deposit, so you get your £3k back with no arguments.
13th Jan

I can't seem to find it from that link. What do I do?

Probably because of demand and the price has been whacked up.
13th Jan
All these posters who want to swan around in an expensive new car but can't find £3k deposit. Feeding the chavs!
13th Jan

Has this gone up already? I can only see 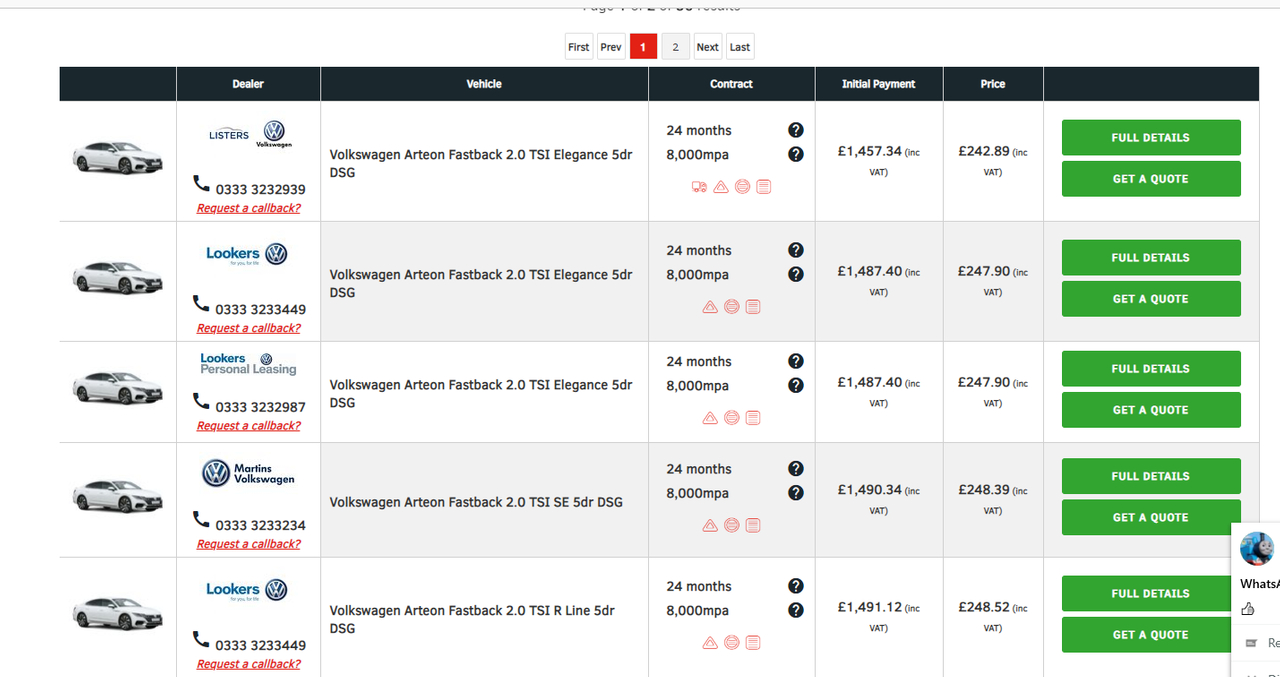 Has this gone up already? I can only see[Image]

As per my previous comment, it would appear so.
13th Jan

As per my previous comment, it would appear so.

I didn't see it. Perhaps bin that post then, save any other idiots looking and asking.
13th Jan
I ordered one of these last year on a similar deal. VW kept delaying and delaying and I eventually had to cancel
13th Jan
Any q3 sport anywhere? Thanks
13th Jan

Probably due to WLTP.
13th Jan

Any q3 sport anywhere? Thanks