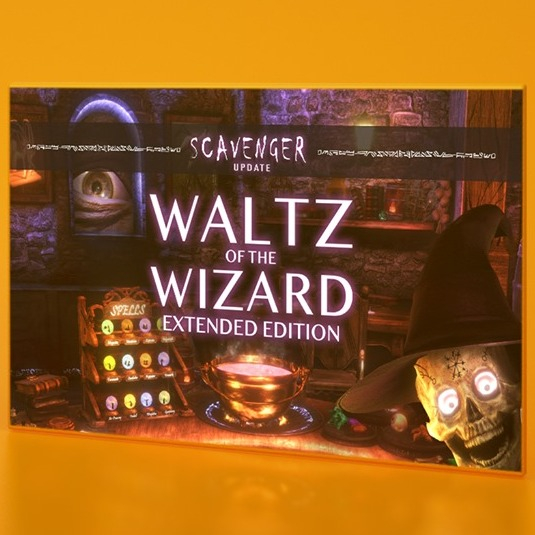 Waltz of the Wizard Oculus Quest £5.99 Daily Deal at Oculus

Experience magical powers in a world inspired by the atmosphere of films like Fantasia and Harry Potter! Embark on a quest in the NEW SCAVENGER UPDATE and play with the many new cursed artifacts!

“VR already has some exceptionally well-received games, like Waltz of the Wizard” -Rolling Stone Magazine

“Spent tonight playing catch with an animated wall statue. VR is giving me the childhood i never had!” -Norman Chan, Tested

Waltz of the Wizard is a joy-filled fantasy experience that anyone can enjoy and a sampler dish of things that make VR unique! Feel what it’s like to have magical powers in this remaster of the popular original experience.

Cast creative and diverse spells in a fully interactive world, discovering the details of a world designed to feel real. Combine arcane ingredients into a boiling cauldron with the help of an ancient spirit trapped in a human skull.
PostTweetShare Share with WhatsApp Share with Messenger
Community Updates
Oculus Deals
New Comment SubscribeSave for later
3 Comments
15th Apr
Diverting little "try this with that" game -definitely worth £6 - heat
15th Apr
On sale on psvr I too
15th Apr
Waiting until they can add hand tracking to this. Seems perfect for that.