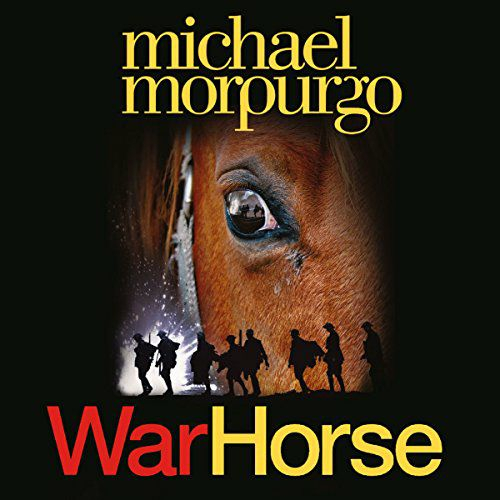 War Horse by Michael Morpurgo - Audible Deal of the Day £1.99 (Members Only)

A good story for a good price, hopefully this deal of the day will be useful for others. This is for current members and those on a paused membership only.

First published back in 1982, War Horse has taken the world by storm. The book was adapted to the stage and was performed at the National Theatre and on Broadway. This full and unabridged edition is beautifully performed here by the National Theatre’s first Albert, OIivier-award-winner Luke Treadaway.

At the outbreak of World War 1, Joey, young Albert's beloved horse, is sold to the cavalry and shipped to France. He's soon caught up in enemy fire, and fate takes him on an extraordinary odyssey, serving on both sides before finding himself alone in no man's land. But Albert cannot forget Joey and, still not old enough to enlist, he embarks on a treacherous mission to the trenches to find him and bring him home.

Critic Reviews
"The former children's laureate has the happy knack of speaking to both child and adult readers." ( The Guardian)
"Champagne quality over a wide range of subjects." ( The Daily Telegraph)
PostTweetShare Share with WhatsApp Share with Messenger
Community Updates
Audible UK DealsAudible UK promo code
New Comment Subscribe Save for later
3 Comments
21st Feb
Do you have to be a member to get deal of the day? appears as £6.99 for me.
21st Feb

You do. Apologies, I should have added that to the description.