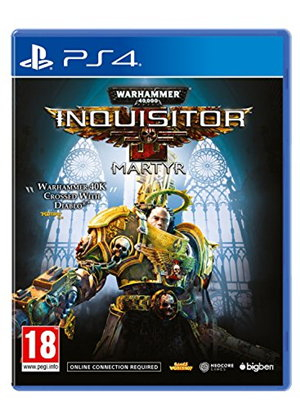 The first action-RPG set in the grim future of the 41st millennium takes the genre to its next level: an open-world sandbox game in a persistent universe with a huge variety of missions, tactical and brutal combat in destructible environments, and a storyline influenced by the community of players.

I enjoy it it's a Warhammer diablo

Though not really an imperium follower

I have it on Xbox and still really enjoy. The game never seems to end after campaign it keeps going. For £7.79 go for it.
4th Apr
Anyone who's into 40K should check out Astartes. It's a series of short animations that just wrapped up. The quality is amazing.
4th Apr
Thanks OP, I took a punt for that price

Have some heat
Edited by: "Snarf_Dude" 4th Apr
4th Apr
Looked at this a few times and couldn't decide if I wanted it or not. Guess at this price it's worth the gamble. Heat added.