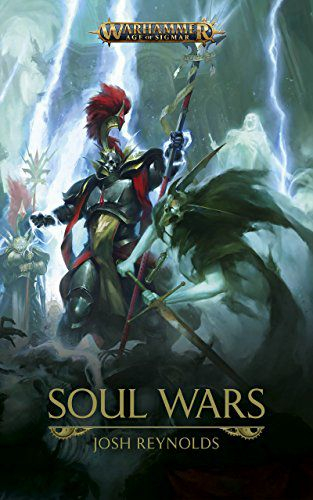 THE STORY
It is said that all who live belong ultimately to the Undying King. In the shadowy lands of Shyish, Nagash, God of Death, calls forth his soulless legions to reassert his dominion. His dread advance begins with the free city of Glymmsforge, bastion of Azyr in the Realm of Death. Standing between Nagash and his prize are the brooding Anvils of the Heldenhammer, an ancient host of Stormcast Eternals, and Lord-Castellant Pharus Thaum, guardian of the Ten Thousand Tombs. As battles between the living and the dead rage throughout the Mortal Realms, the War of Heaven and Death begins anew. But even Sigmar’s chosen may not be enough to cease the onslaught. For how does one destroy what is already dead.

This usually retails for around £30 and the audiobook version is almost 17 hours long.
PostTweetShare Share with WhatsApp Share with Messenger
Community Updates
Black Library Deals
New Comment SubscribeSave for later
7 Comments
6th Apr
How do you get it for £0.99?
6th Apr
Is there a code or something, it's not showing at 99p for me.
6th Apr
The book of the week changes every Monday. It’s likely to have changed.
6th Apr
The offer is through the app. Download the black library audio app.

its still showing as book of the week. But that will be changing today. So it’s last chance for that book
6th Apr
Already changed when you click on it
Thanks for the heads up though will see what new one is later
6th Apr
It’s a collection of short Novella. It’s up now
6th Apr
Thanks - purchased!
Probably worth you reposting the new offer