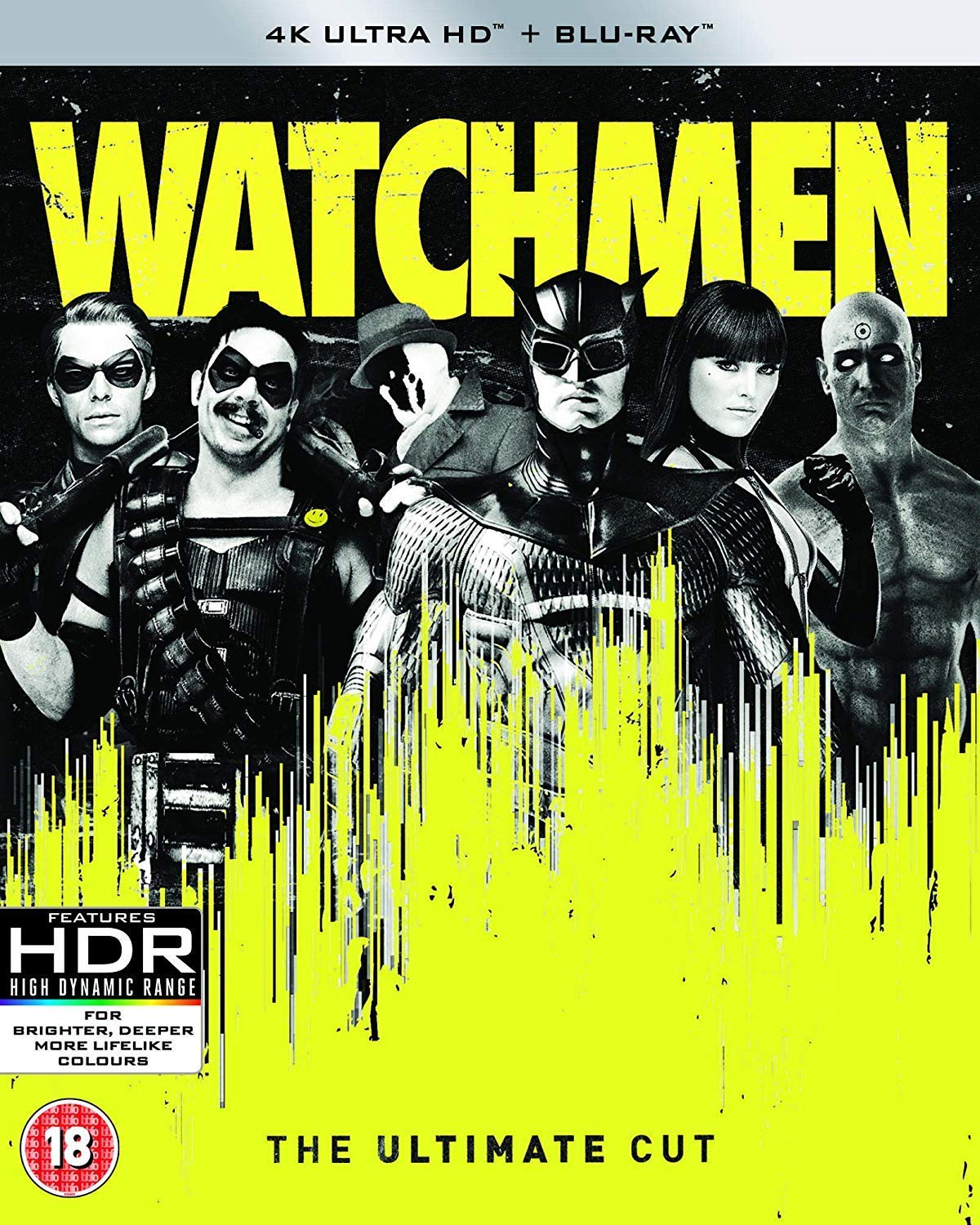 Not as good as the Directors cut, but that price is fantastic for 4k

See the Ultimate Cut like never before in this exquisitely remastered version that intertwines the animated “Tales of the Black Freighter” into The Director’s Cut of Watchmen. The year is 1985, and society’s most famous superheroes are in danger. After the mysterious murder of Comedian, his former colleagues team up for the first time in years to investigate – and survive. The secrets they uncover could jeopardize the entire world, but can they save us if they can’t save themselves? Dive into this acclaimed, thrilling adaptation of the graphic novel that forever changed how we look at heroes.
PostTweetShare Share with WhatsApp Share with Messenger
Community Updates
ITunes Store DealsITunes Store voucher
New Comment Subscribe Save for later
78 Comments
15th Jan
Been this price since 25th November but still a great price
15th Jan
Unsure about the digital, but the physical version is Dolby Vision
15th Jan

Unsure about the digital, but the physical version is Dolby Vision

This is also DV

15th Jan
Amazon video have it at the same price for HD.
15th Jan
No Atmos
15th Jan
I’ve got the UHD on disc but wondering if I should bite for the dignitaries copy.
15th Jan

‌ So was Black Hawk Down & Godzilla yet they have Atmos
Edited by: "AJ92" 15th Jan
15th Jan
It might be worth waiting until the ‘mega movie week’ sale next week...
15th Jan

It might be worth waiting until the ‘mega movie week’ sale next week...

So it's guaranteed to happen??
15th Jan

‌ So was Black Hawk Down & Godzilla yet they have Atmos

And are pointless remixes and a waste of disc and bandwidth space.
Hawk won am oscar for that 5.1/8.1 mix and that needs to be the only mix, receivers have a button to upmix to speakers in an Atmos/X setup.
Well at least mine does.
15th Jan

It might be worth waiting until the ‘mega movie week’ sale next week...

Don't see this one getting cheaper.
Last time they did the sale it was really recent stuff wasn't it?
15th Jan

Been this price since 25th November but still a great price

Seems that deals still active too

So it's guaranteed to happen??

Yes it’s been confirmed it starts on Monday
15th Jan

Damn didn't find that when I searched
15th Jan

Damn didn't find that when I searched

Damn didn't find that when I searched

Yeah and the same dude crying for Atmos on that post

You mean crying on the internet didn't work??
15th Jan
Why “not as good as directors cut” OP?
15th Jan

Indeed, fortunately I’m not part the ‘why are you posting this again Police’:D
I’m sure they’ll be around soon enough though
Edited by: "michael.boundary" 15th Jan
15th Jan

I know that mate
15th Jan

Why “not as good as directors cut” OP?

I read the comic when it came out, but the film is better without cheaply animated motion comic scenes
15th Jan

To right they wanted to make it a live story with gerard butler but would have put a extra 80 million on the film is why they went animation.
Was looking at 4k blu ray on Ebay new for £20
Wot to do as I hate digital download and hate apple tech even more
15th Jan

Buy it! It’s definitely one for the collection!
Problem with 4K is that it makes me want to replace my whole collection...
15th Jan

True better in the movie.
Sex scene with Dr Manhattan was really weird. It killed my drive completely
16th Jan
Anyone think this film is a bit meh
16th Jan

Anyone think this film is a bit meh

only reason it really stands out is because it’s a alright 18 comic book film. It’s a rare thing in a sea of the same movies over and over again
16th Jan

They sucked in the comic too. Director's cut is million times better than ultimate cut imo
16th Jan

Tbh one of the reasons the film sucked for me was that it was missing the intertwining story of the Black Freighter. Film was dull IMHO, love the book though. It a great story so I guess it's good that there are two quite different ways to enjoy it that appeal to different people
16th Jan
How is the Ultimate Cut not as good as the directors cut? It contains the directors cut, and the animated black frieghter
16th Jan

I feel like the should have just had black freighter as a optional thing to in the special features, just felt it ruined the flow of the movie.

Felt same with the book to be fair (which I only actually read last week). I loved it though, reading s. Now and it had got a lot to live up to.
16th Jan

This cut is 95% the same as the original comic

You're being generus.
Edited by: "Krooner" 16th Jan
16th Jan
Really wish zack filmed the "Original squid" ending for this cut, but costumes, scenes, narrative wise this is spot on, it's like looking at the novel
16th Jan

That's the point isn't it and 8K seems to be coming up pretty quickly.
16th Jan
8k will be for TV and less for movies
16th Jan

That's the point isn't it and 8K seems to be coming up pretty quickly.

theverge.com/201…nds
16th Jan
Also worth noting the theatrical cut is included with this.