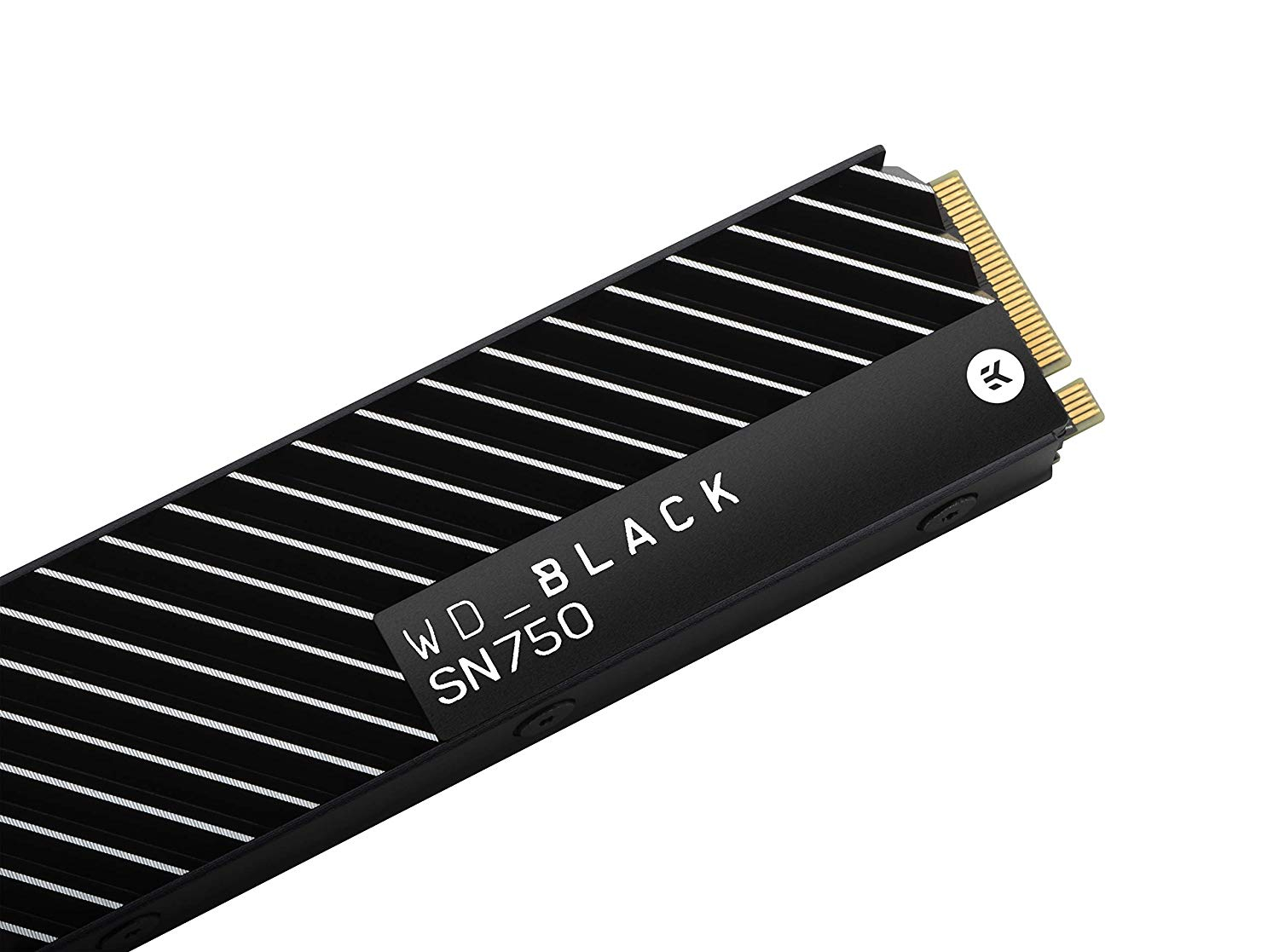 just dropped another £5 thanks to others for spotting this!. 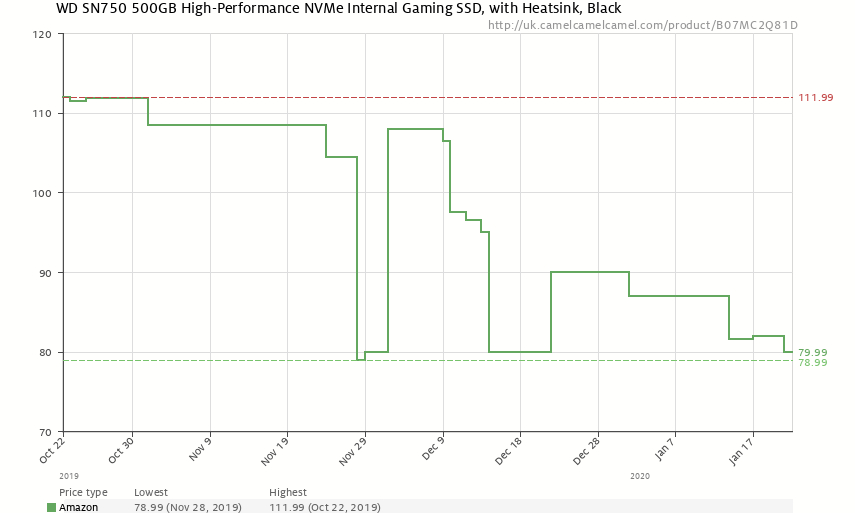 The WD Black NVMe SN750 is an SSD aimed at the gaming community. As you might guess from the name, it’s close cousin to the stellar WD Black NVMe SSD, which rivals the Samsung 970 Pro in performance and beats the pants off of it in price.

The SN750 version merely cements that status. If it has the corollary effect of lowering the price on the original, which remains a very good SSD, so much the better.

Design and specsThe WD Black SN750 is an M.2, x4 PCIe, NVMe SSD that ships in the 2280 (22 mm wide, 80 mm long) form factor. Make sure you have the appropriate slot for it on your desktop or laptop’s motherboard. Note that there are M.2 slots that support only SATA, and that not all PCs support booting from NVMe. Check your user’s guide to see if you’re worthy.

The SN750 uses 64-layer 3D (stacked, vertical, etc.) NAND with 3 bits per cell—in other words, TLC (Triple Level Cell). There’s also 256MB of DRAM cache for every 250GB of capacity. WD is a bit reluctant to talk about exactly what’s going on with the in-NAND caching (so are all the other vendors). I don’t blame WD for keeping mum given that the company is doing it better for less that anyone else. But it is smart and sustains performance on long writes, which most TLC-based drives do not. 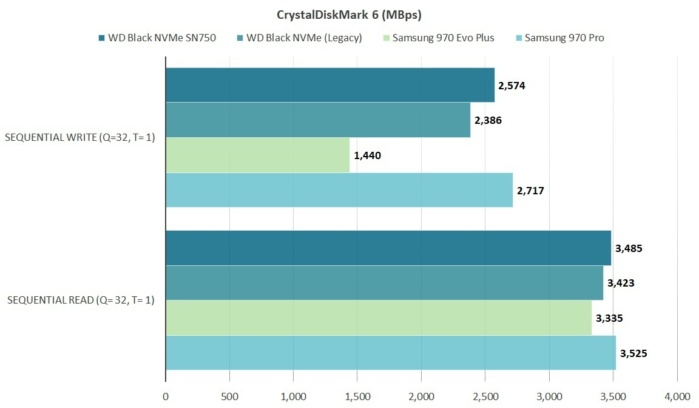 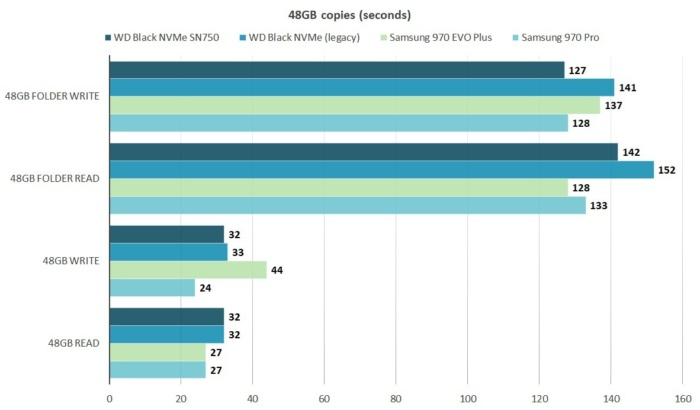 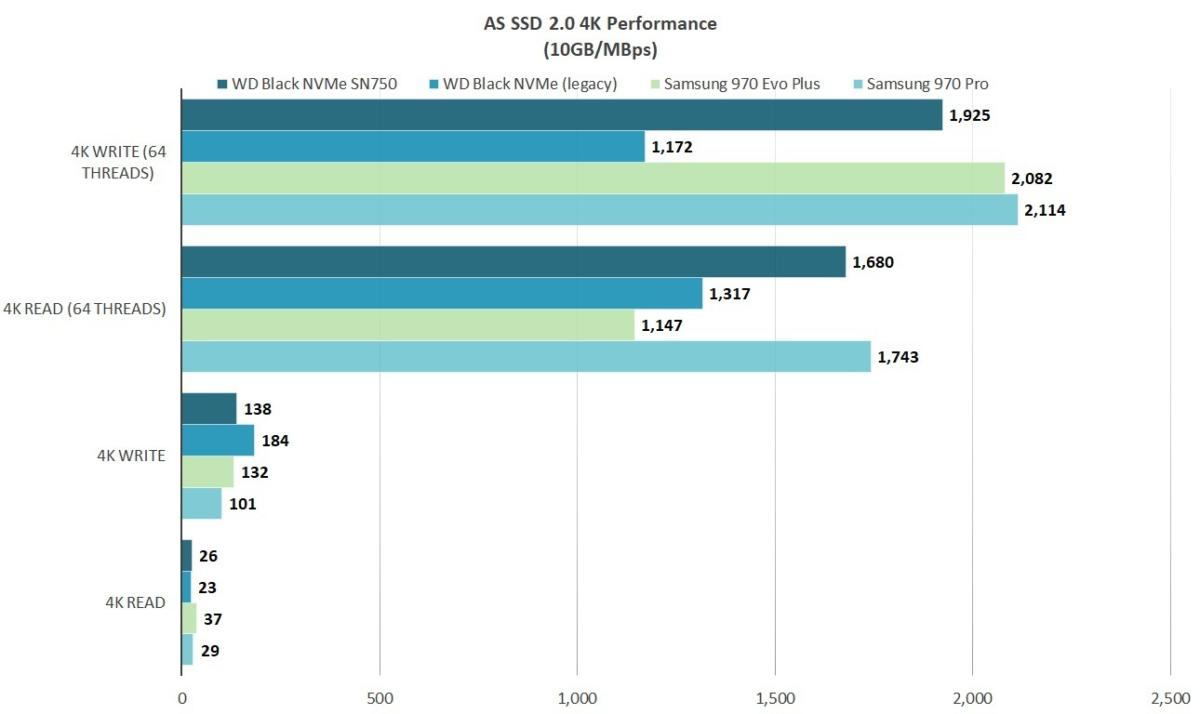 PostTweetShare Share with WhatsApp Share with Messenger
Community Updates
Amazon DealsAmazon discount code
New Comment Subscribe Save for later
15 Comments
22nd Jan
Seems alot considering you can get 1TB for only £20 more, can someone alude to the justification
22nd Jan

but it gives u an idea on the some of the gap in performance, wont make a S dif to FPS in games in general except load times, but if u do alot of workstation stuff.. a high performance NVME can offer a lot more better smoothness/speed/reliability , then the cheaper Nvme

same as the cuda fire i posted at £10 more then the typical same size hd £10 cheaper, its just they are a class of there own, maybe not suitable to the avg joe out there.
22nd Jan

Can you let us know where is selling the 1TB version for £20 more?
22nd Jan

Can you let us know where is selling the 1TB version for £20 more?

They didn’t say the 1TB version, they said a 1TB NVME, of which you can buy at least an Intel 1TB model for £99 anywhere that sells PC gubbins.
22nd Jan
Unsure if the heatsinks are going to be useful... at least performance wise, seen a few reviews that tested higher temperatures (around 70oC) and didn't detect any performance decrease. Might last longer though...
22nd Jan

i think the usefulness of the heat sink vs non heatsink is saving £6 compared when u click the option without lol..
22nd Jan

There isn’t any justification. It’s not like it’s using MLC like the Samsung 970 Evo range of drives. This is a pretty standard TLC drive, and you can get a similar Crucial/Micron TLC drive for £90-£100 usually that’s double the capacity.
22nd Jan

More powerful controller in this which will give faster read/write speeds. This is supposed to have greater longevity than other standard NVMe drives as well.

In the real world will you notice a different.... No. The only time you might see a difference is if you do large amounts of video editing with 4K files.

If you’re looking for a decent NVMe drive with good write endurance look at the Corsair MP510, PNY CS3030 and Teamgroup MP34. They all use the Phison E12 controller and can be had for £20 less than this drive.
Edited by: "jonnypb" 22nd Jan
22nd Jan

I am actually looking for a new SSD for OS drive. Thanks for this input
22nd Jan

I am actually looking for a new SSD for OS drive. Thanks for this input

if u do alot of multitasking, work environment, editing this is perfect one.. otherwise go for the cheaper larger devices would do u fine.
22nd Jan

Not according to the official product page.