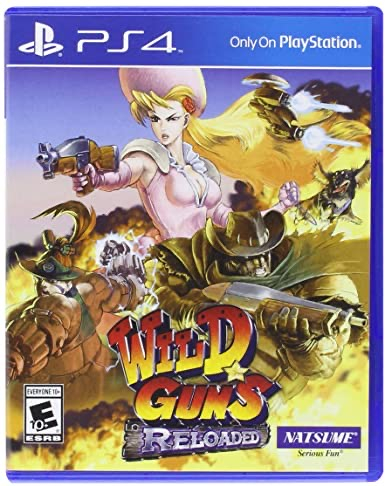 An enhanced remaster of the Super Nintendo game titled Wild Guns Reloaded was released for the PlayStation 4 in December 2016. The game was developed by the original team (as Tengo Project) and features classic characters and stages but also enhancements such as more playable characters, enemies, stages, and local four-player support.

Wild Guns is a fast-paced arcade-style shooter, mixing the Wild West with steampunk. Play as Clint, Annie, Doris, or Bullet the dog with his sentry drone. Grab some friends and play together for some four player action! Each character can jump, dive, and roll to get out of the way of the barrage of bullets enemies let fly – or shoot them down with their own gun!

Two new characters, each with their own weapons and tactics!
Up to 4 players!
Online rankings!
Classic and NEW Stages!
NEW Boss Enemies and Special Weapons!
PostTweetShare Share with WhatsApp Share with Messenger
Community Updates
9 Comments
Post a comment