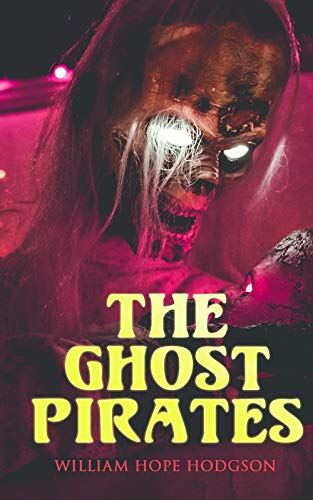 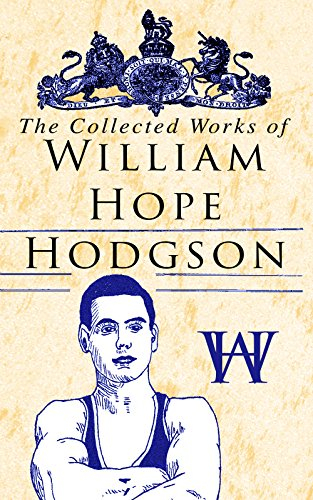 The Collected Works of William Hope Hodgson contains over 40 novels and short stories of different genres, mainly horror, dark fantasy and science-fiction, supplemented with several poems and with the introduction by H. P. Lovecraft.
Introduction:
The Weird Work of William Hope Hodgson
Novels:
The Boats of the Glen Carrig
The House on the Borderland
The Ghost Pirates
The Night Land
Short Stories:
Carnacki, the Ghost Finder
The Gateway of the Monster
The House Among the Laurels
The Whistling Room
The Horse of the Invisible
The Searcher of the End House
The Thing Invisible
The Haunted Jarvee
The Find
The Hog
Sargasso Sea Stories
From the Tideless Sea Part One
From the Tideless Sea Part Two
The Mystery of the Derelict
The Thing in the Weeds
The Finding of the Graiken
Men of the Deep Waters
On the Bridge
The Sea Horses
The Derilict
My House Shall Be Called the House of Prayer
The Captain of the Onion Boat
The Voice in the Night
Through the Vortex of a Cyclone
The Shamraken Homeward-Bounder
Captain Gault, Being the Exceedingly Private Log of a Sea-Captain
The Case of the Curio Dealer
The Red Herring
The Drum of Saccharine
Other Stories
Jack Grey, Second Mate
Demons of the Sea
Out of the Storm
A Tropical Horror
The Stone Ship
The Real Thing
Eloi Eloi Lama Sabachthani (The Baumoff Explosive)
Poetry:
The Voice of the Ocean
Grey Seas are Dreaming of My Death
Shoon of the Dead
Madre Mia


The Mortzestus is reputed to be haunted but the crew dismisses the rumors as preposterous--at first. Two weeks out of port the rigging suddenly goes slack, a ghostly form arises from the sea, and shadows thicken around the vessel. The frightened sailors, convinced that supernatural powers are afoot, plot mutiny and demand to be set ashore. But a dense mist descends around the ship, threatening to swallow the craft and its men without a trace.
The desperate crew's chilling fate is recounted in this compulsive page-turner by William Hope Hodgson, a master of seafaring yarns. Rich in nautical language and lore, it combines an intriguing view of shipboard life with a suspenseful ghost story. Horror author Robert Weinberg noted the occult classic's compact prose style, hailing it as "one of the finest examples of the tightly written novel ever published." And no less an authority than H. P. Lovecraft observed, "With its command of maritime knowledge, and its clever selection of hints and incidents suggestive of latent horrors in nature, this book at times reaches enviable peaks of power."