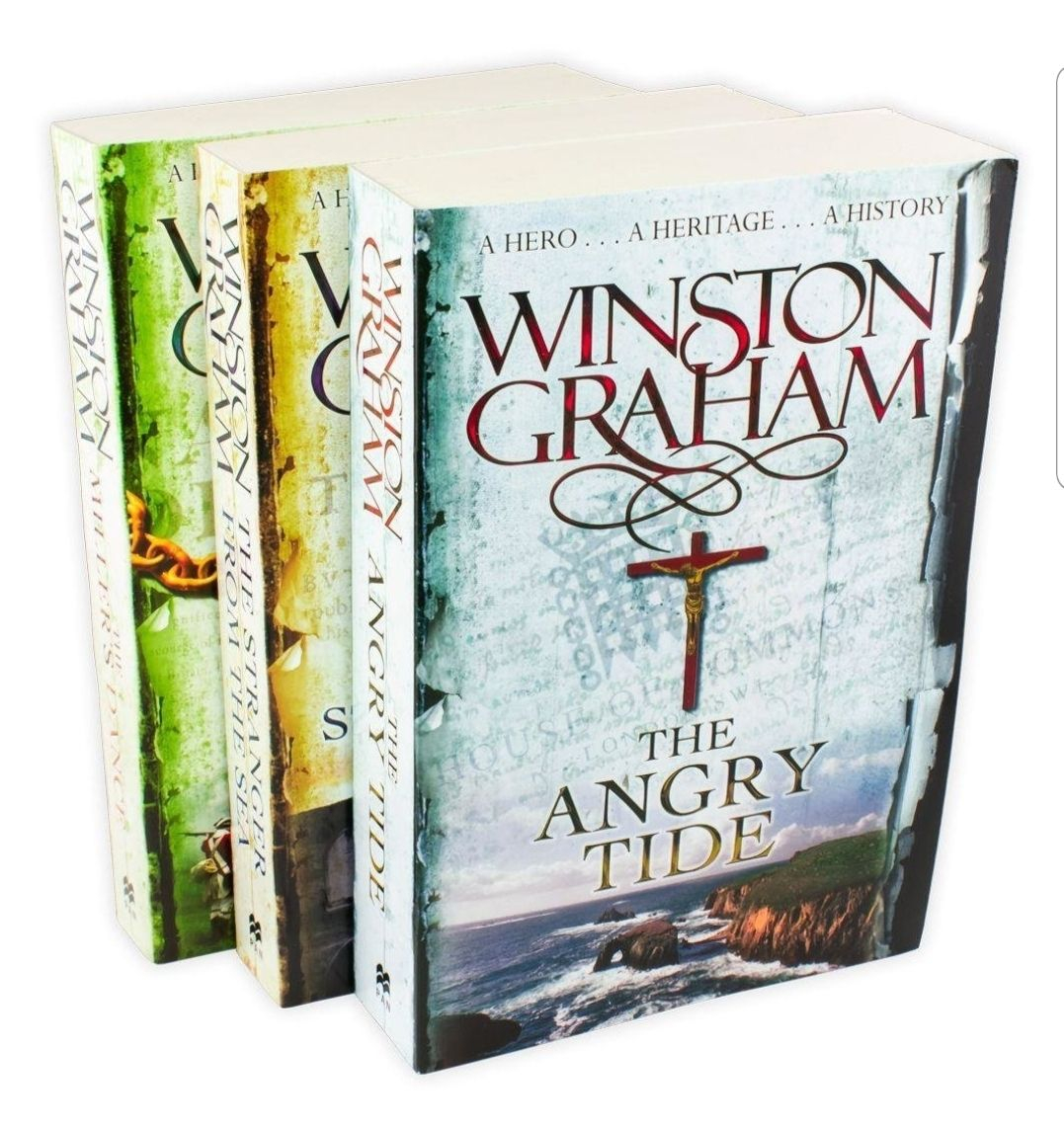 Cornwall, towards the end of the 18th century. Ross Poldark sits for the borough of Truro as Member of Parliment - his time divided between London and Cornwall, his heart divided about his wife, Demelza. His old feud with George Warleggan still flares - as does the illicit love between Morwenna and Drake, Demelza's brother. Before the new century dawns, George and Ross will be drawn together by a loss greater than their rivalry - and Morwenna and Drake by a tragedy that brings them hope...' From the incomparable Winston Graham...who has everything that anyone else has, then a whole lot more' - "Guardian

The Stranger From The Sea

Cornwall 1810. The Poldark family awaits the return of Ross from his mission to Wellington's army in Portugal. But their ordered existence ends with Jeremy Poldark's dramatic rescue of The Stranger from the Sea. Stephen Carrington's arrival in the Poldark household changes all their lives. For Clowance and Jeremy in particular, the children of Ross and Demelza, Stephen's advent is the key to a new world - one of both love and danger

Cornwall 1812. At Nampara, the Poldark family finds the new year brings involvement in more than one unexpected venture. For Ross and Demelza there is some surprising - and worrying - news. And Clowance, newly returned from her London triumphs, finds that her entanglement with Stephen Carrington brings not only happiness but heartache. As the armies battle in Spain, and the political situation at home becomes daily more obscure, the Poldark and Warleggan families find themselves thrust into a turbulent new era as complex and changing as the patterns of The Miller's Dance...
The third instalment of Winston Graham's Poldark series can be found in this 3 book collection. Join Ross Poldark and his family through 1798-1813, Ross Poldark sits for the borough of Truro as Member of Parliament as the new century dawns. The Poldark family, whilst awaiting the return of Ross from Wellington's Army, find themselves involved in a dramatic rescue of the stranger from the sea. Then, as the political situation in Cornwall becomes more obscure, the townsfolk of Cornwall find themselves entangled in conflicts and new ventures. This set is perfect for young adults and fans of the television phenomenon starring Aiden Turner.
PostTweetShare Share with WhatsApp Share with Messenger
Community Updates
Post a comment