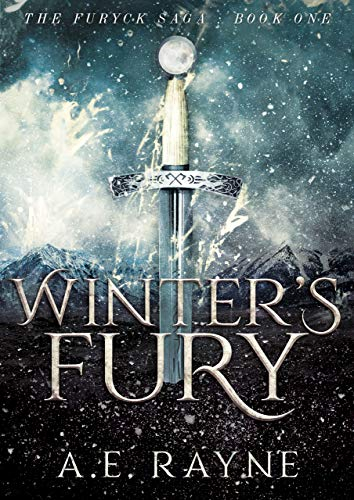 Jael Furyck isn’t happy.
Her father is dead. Her uncle has stolen the throne.
And now he wants to marry her off to the fallen son of her arch-enemy.
But Jael is a battle-hardened warrior, trained to kill since she was ten-years-old.
She doesn’t plan on being anyone’s wife.

Eadmund Skalleson is drunk.
His father is threatening him with a wife again.
And this time he’s given him an ultimatum.
Marry Jael Furyck or your brother returns from exile.
But if Eadmund was ever going to choose a wife, it wouldn’t be Jael Furyck.

Not her. Not ever.

Winter’s Fury is the first book in The Furyck Saga: a gripping epic fantasy series that takes you into a richly-woven world of warring kingdoms, mysterious dreamers, dark magic, and an ancient prophecy that emerges from the shadows to weave a dangerous web around them all...

The rest of the books aren't free, but they are on Kindle Unlimited.
PostTweetShare Share with WhatsApp Share with Messenger
Community Updates
Amazon DealsAmazon discount code
If you click through or buy, retailers may pay hotukdeals some money, but this never affects which deals get posted. Find more info in our FAQs and About Us page.
New Comment Subscribe Save for later
3 Comments
6th Dec 2019
Winter is coming?
7th Dec 2019
expired back to 99p
7th Dec 2019
Just grabbed it! Thanks