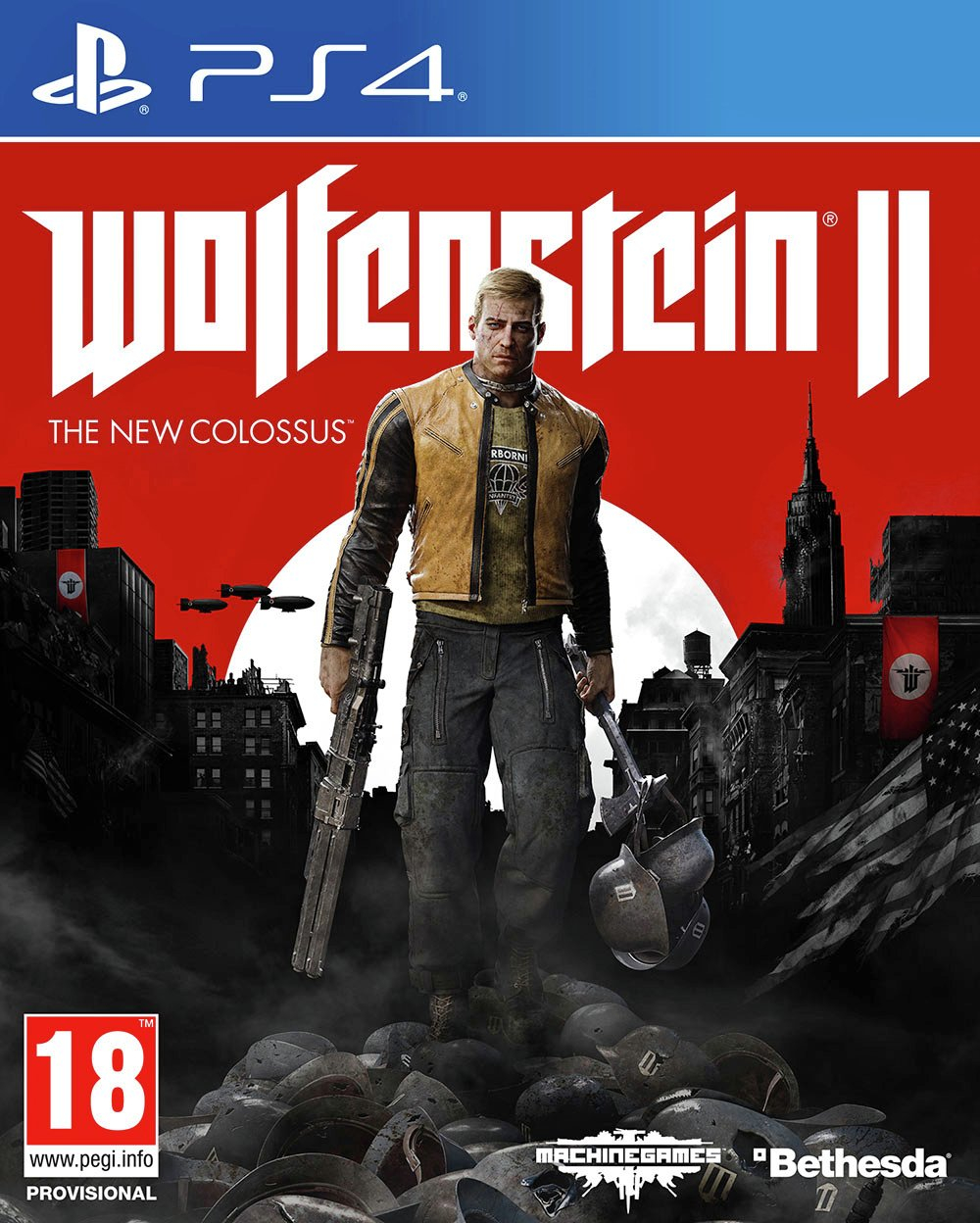 The Mission: Liberate America from the Nazis - Strap in for a heart-pounding journey as you fight the Nazi war machine on American soil. As BJ Blazkowicz, protect your family and friends, forge new alliances and face the demons of your troubled past as you rally pockets of resistance to overthrow the Nazi occupation.

The People: Rally the Resistance - Immerse yourself in a world brought to life by unforgettable characters who bring a new level of personality to the franchise. Reunite with your friends and fellow freedom fighters such as Anya, Caroline, Bombate, Set, Max Hass, Fergus or Wyatt, and befriend new characters such as Horton and Grace as you take on the evil Frau Engel and her Nazi army.

The Arsenal: Wield Devastating Guns and Future Tech - Blast Nazis to bits with high-tech weaponry such as the Laserkraftwerk, a multi-purpose, high-intensity laser weapon that can disintegrate enemies, or the Dieselkraftwerk, a rapid-fire, gas-powered grenade launcher that can devastate groups of enemies, or get up close and personal with advanced pistols, submachine guns, and hatchets. When you need a little more versatility, upgrade and dual-wield your favorite guns!