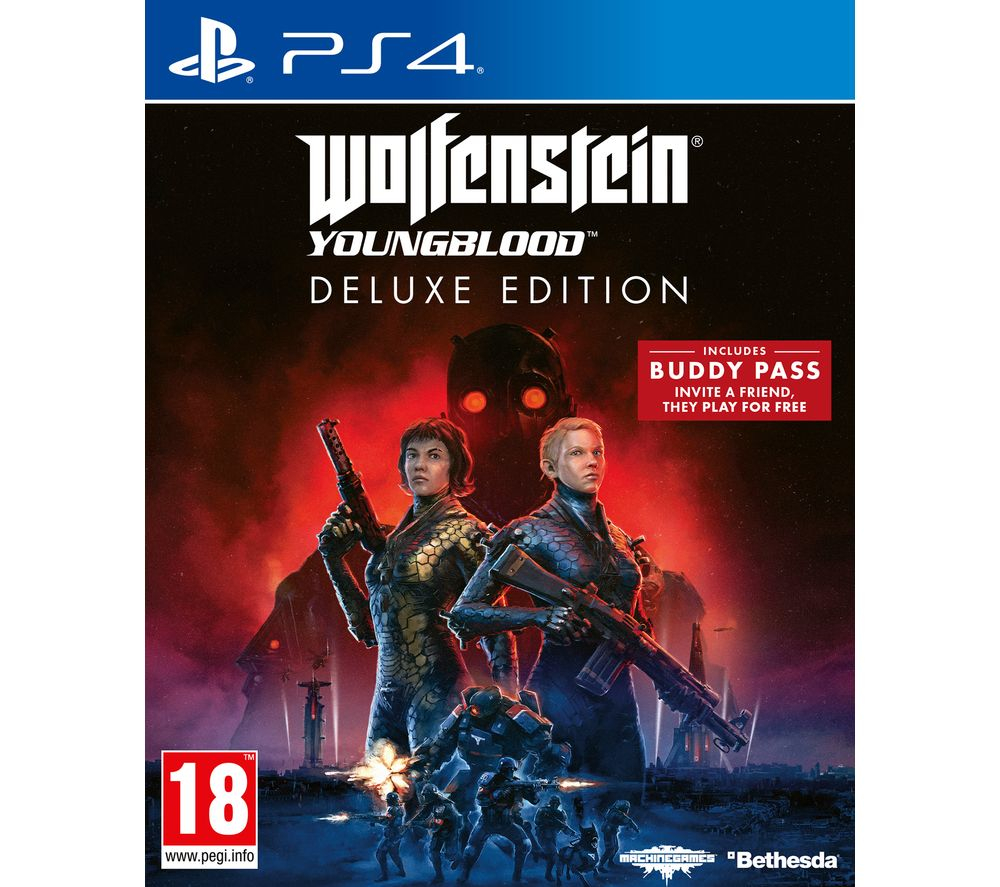 Link to Xbox One Copy:

Step into a dangerous world of evil Nazi zombies in Wolfenstein: Youngblood.

Twenty years have passed since the heroic BJ Blazkowicz fought the good fight and sparked the Second American Revolution in Wolfenstein II: The New Colossus.

However, the battle for freedom has only just begun. BJ has gone missing in Nazi-occupied Paris and now all hopes lay on the shoulders of his twin daughters Jess and Soph. It's up to you to play as his daughters, single player or cooperatively, to defeat the hordes of evil enemies in this thrilling FPS.
PostTweetShare Share with WhatsApp Share with Messenger
Community Updates
Currys PC World DealsCurrys PC World discount code
New Comment Subscribe Save for later
11 Comments
14th Jan
Cheers Joey! I know someone who wants this so that's a nice gift sorted! Have some heat!
14th Jan
Worth a visit at this price
14th Jan
The 18 stores closest to me have no stock. Lame
14th Jan
Is this any good? Been getting not so stellar reviews
14th Jan
Not good but worth it at this price
14th Jan
Missed out shame no delivery or collection in my area
14th Jan
I enjoyed it playing co-op bit of a grind to get the platinum.
Heat from me
14th Jan
Another game that’s crap,love it the way like anthem they practically have to beg you to take the game out of the store,and this games no exception,a right pile of turd.
14th Jan
There's fun to be had in this it's just really short lived
14th Jan

It can't be worse than Anthem, surely?
14th Jan

It can't be worse than Anthem, surely?