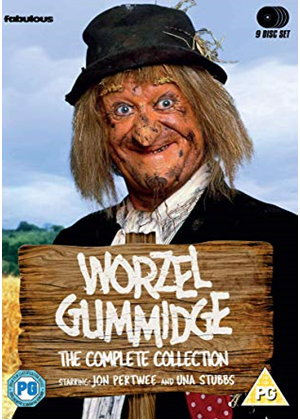 WORZEL GUMMIDGE SEASONS 1-4: Worzel Gummidge (Jon Pertwee) is a walking, talking scarecrow that lives on Scatterbrook Farm, where he stands in Ten Acre field. He was made by The Crowman and he is able to convince other people that he is human. Worzel has a collection of different heads for his different moods and he lives with his Aunt Sally (Una Stubbs), a giant doll , also able to pass as a real person. Worzel befriended children John and Susan Peters who came to stay during the holidays on the Braithwaites fram. Worzel lands John and Susan in trouble when he is being mischievous, as he goes into a sulk and becomes a normal lifeless scarecrow. This lead others to blame the two children for all the trouble Worzel causes. Worzel Gummidge originally appeared in a series of books by Barbara Euphan Todd. The series ran for 4 seasons on ITV bteween 1979 and 1981 and immediatley became a cult classic A CUP O TEA AN A SLICE O CAKE: Wily old Worzel looks destined to spend a cold christmas alone in Ten Acres field when The Crowman bans him from scarecrow celebrations because he deserts his post. However, Worzel does not stay put for long and as he searches in the snow for Aunt Sally to invite to the Scarecrow Ball, he meets his old friend Saucy Nancy (Barbara Windsor) travelling on a pirate ship to star in pantomime. He is challenged to a hilarious sulking contest by a belligerent Scottish scarecrow, Bogle McNeep (Billy Connolly) who, with his men, is heading back up north because he hates christmas. Worzel eventually wins his reprieve from The Crowman and joins in the festive frivolity and fun of the Scarecrow Ball. Now fully restored from the original film negative, get to see this classic Christmas Special in its full glory once again! WORZEL GUMMIDGE DOWN UNDER SEASONS 1-2: Worzel and Aunt Sally continue their comic adventures in New Zealand. Aunt Sally ends up on display in an antiques shop in England. She is bought by a folk museum curator from New Zealand and she is sent down there to appear as an exhibit. Worzel pursues her as an aeroplane stowaway, where he has to avoid the clutches of the evil travelling scarecrowmaker. The show ran for a further 2 seasons totalling another 22 episodes, with the first series being written by the original writers Keith Waterhouse and Willis Hall. The show also gave Peter Jackson (Lord of the Rings) his first ever film job doing the special effects!

Release Date: 25 November 2019
Certificate: PG - Parental Guidance
PostTweetShare Share with WhatsApp Share with Messenger
Community Updates
Base.com DealsBase.com discount code
If you click through or buy, retailers may pay hotukdeals some money, but this never affects which deals get posted. Find more info in our FAQs and About Us page.
New Comment Subscribe Save for later
Top comments
20th Dec 2019
Looking forward to Mackenzie Crook's take on it on Boxing Day
20th Dec 2019

As a kid, I was genuinely terrified of Worzel Gummidge.
20th Dec 2019
Worzel Gummidge was absolutely amazing. To this day, it's still the scariest show I've ever seen. They don't make horrors like this any more.
20th Dec 2019
From standing in a field, getting sh hat on by crows. To running the country.
Da boy done good
81 Comments
20th Dec 2019
All i remember is Aunt Sally being proper 'stuck up'
20th Dec 2019
“Any codes?”

still cheapest without codes.
Edited by: "ssc1" 20th Dec 2019
20th Dec 2019
Same price at Amazon
20th Dec 2019
This is why our generation is messed up!
20th Dec 2019
Looking forward to Mackenzie Crook's take on it on Boxing Day
20th Dec 2019
From standing in a field, getting sh hat on by crows. To running the country.
Da boy done good
20th Dec 2019
Had a way with words! Naughty Worzel
20th Dec 2019
For those who care about picture quality, check out the Amazon reviews for the same product. Disappointingly not so hot bar one episode where they bothered to remaster from the negatives
20th Dec 2019
Wur after double u
20th Dec 2019
Wow the things we watched back in the day
Heat op
20th Dec 2019

Wow the things we watched back in the dayHeat op

Most of us spent more time looking at our new TVs, hired from Radio Rentals, made of real wood to care what was on the screen
20th Dec 2019
Worzel Gummidge was absolutely amazing. To this day, it's still the scariest show I've ever seen. They don't make horrors like this any more.
20th Dec 2019

As a kid, I was genuinely terrified of Worzel Gummidge.
20th Dec 2019
He is now joining the race to be the next Labour leader?
20th Dec 2019

I know right!!! I'm thinking back now and wondering how i was even allowed to watch it lol
Radio Rentals now thats a blast from the past
It's amazing when you think about it how times really have changed
20th Dec 2019
Just a thought, from valve radios to Space Station in 110 years and very soon giant colour Tvs which will soon come in a 7ft tube that you open and unroll and pin to all 4 corners of the wall, plug in a wee pack and full wall TV or views of the natural world
(Mmm wonder what one of those is lol) Tech is dripped into our lives as if its just being invented, making sure that we pay for every single wee step on the tech ladder lol. Time is a funny thing its already happened, but we just haven`t got to the next bit/byte yet.
Edited by: "SCOUSEKEVIN" 20th Dec 2019
20th Dec 2019
Series1 and 2 were the best.

Seasons 1 and 2 were the best.I remember Barbara Windsor was Saucy Nancy.

Yes she was a ships figurine and was on wheels. I think Aunt Sally pushed her down a hill as she was jealous as Nancy had the hots for Worzel.
21st Dec 2019
Remember this as a kid and it still scares the sh*t out of me.
21st Dec 2019
Seasons!
Iconic British show. Series FFS.
21st Dec 2019

As a kid, I was genuinely terrified of Worzel Gummidge.

Having seen the trailer for the new one, I think my kids will be genuinely terrified of the new one: 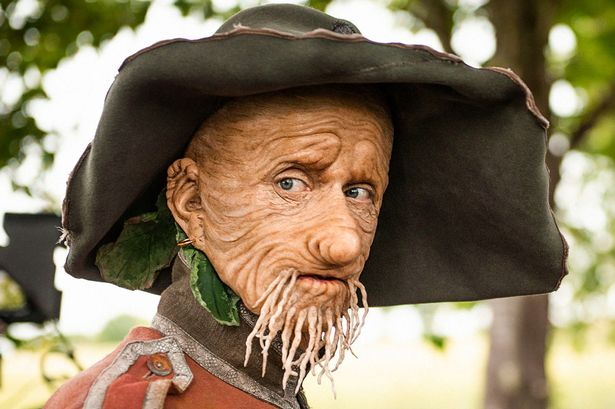 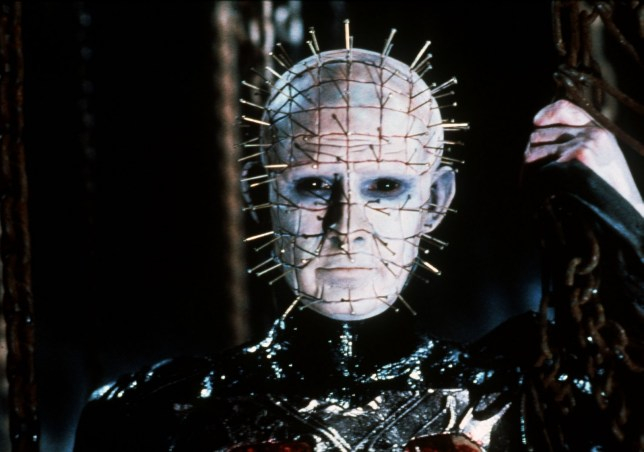 Lol..was just scrolling to see who would remember that...he also use to change his head..lol
21st Dec 2019
Absolutely loved Geoffrey Bayldon as the Crow Man, just as scary if not more so then Worzel!
Any worzel fans should also check out the musical 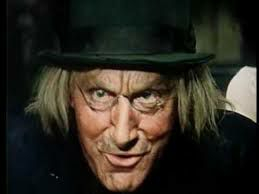 Back then the remotes were fantastic and didn't need batteries just a "turn the channel to 1,2 or 3 ‌
21st Dec 2019

Had a way with words! Naughty Worzel

Here you go - old Worzel does love a bit of, ahem, vanking - which we were totally oblivious to as kids 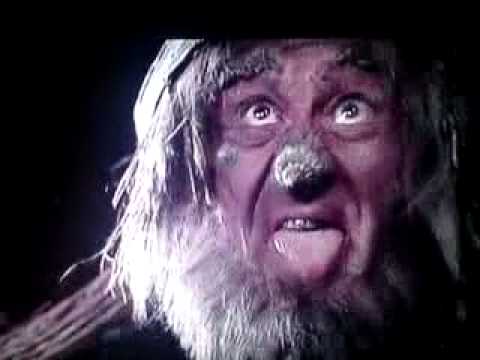 The hired TVs!...can't forget that. We weren't even allowed to touch it or watch it without permission from my parents.
21st Dec 2019

All over Aunt Sally... 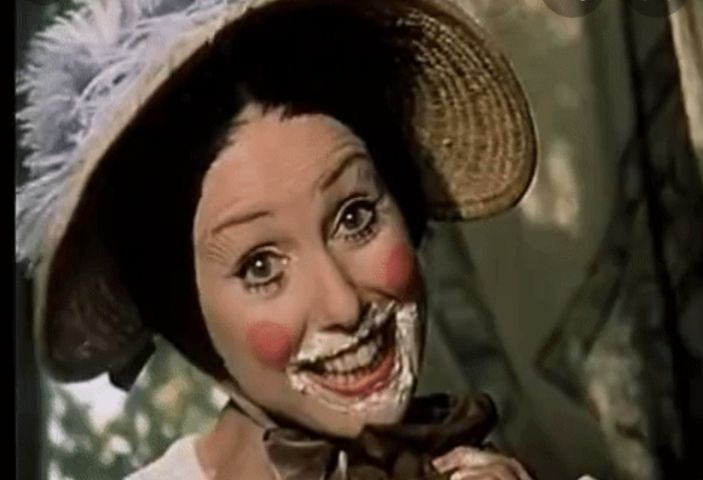 21st Dec 2019
I really liked worzel. Wassupwityall scaredycats.
21st Dec 2019
Oh god the traumatic memories. It was genuinely upsetting. So tragic. So creepy. Ughh I'm going to have a lie down.