[Note: This is not the usual one month trial.]

Beginning today, WWE is pleased to unlock a vast portion of the WWE Network library and extend free access to thousands of hours of extraordinary on-demand content, including every WrestleMania in history, countless pay-per-view spectaculars, original documentaries and more, for a limited time.

We’ve already doubled down with an historic WrestleMania this year that’s Too Big for Just One Night, streaming on WWE Network next Saturday, April 4, and Sunday, April 5, at 7 ET/4 PT. (The two-night WrestleMania event is only available to WWE Network subscribers.) Now, in the lead-up to The Show of Shows, you can relive classic matches, re-experience sports-entertainment’s defining moments and celebrate WWE’s greatest Superstars, past and present. Just create your account and stream on your favorite device.
PostTweetShare Share with WhatsApp Share with Messenger
Community Updates
WWE Deals
New Comment Subscribe Save for later
Top comments
23rd Mar 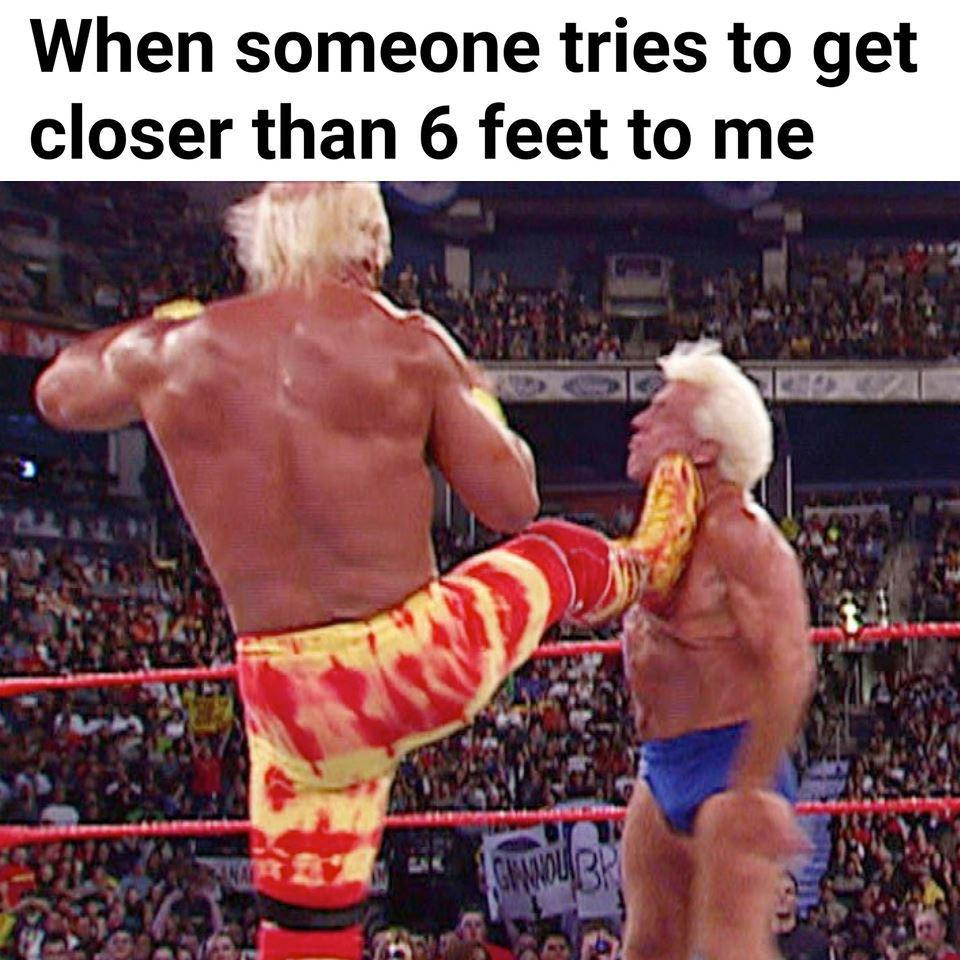 Don’t go to the free month section. Just go to a ppv with an locked sign and press on that, it will ask you for an email address and password and to agree to term without having to put card details in.
Edited by: "fctilidie" 24th Mar
23rd Mar
Offer health insurance to your wrestlers pls guys
57 Comments
23rd Mar
Source: foxsports.com/wwe…320
23rd Mar
That’s very nice of them. Thanks OP
23rd Mar
nice
23rd Mar
Excellent to relive the classics, the current product is atrocious!
23rd Mar
Do you have to create a account or is it just free to watch
23rd Mar
Noice
23rd Mar
I'm not sure what a 'vast portion' actually refers to, but you might be better doing this : hotukdeals.com/dea…777
23rd Mar
Need UFC to do this
23rd Mar
I stream the network sometimes, however I found it only shows what they want. Is subscription going to give on demand stuff or is it just access to a channel that they choose what is on?
23rd Mar
Offer health insurance to your wrestlers pls guys
23rd Mar

Create a free account to login with. No subscription or payment is needed to be set
23rd Mar

Do you have a link for this, as the current link shows 'Start Your Free Month'..
23rd Mar

Create a free account to login with. No subscription or payment is needed to be set up
23rd Mar

Excellent to relive the classics, the current product is atrocious!

Agreed! sad times. AEW however, I find very enjoyable!
23rd Mar
I did the three month trial offer but i've got a list of stuff to watch as long as my arm.

I remember having a lot of the 90's PPV's on vhs video at the time so i'll be good to relive some of those matches. I remembered Hart v Hennig from Summerslam 91 just this morning.
24th Mar
For those that don't currently subscribe or don't have access to the WWE Network, as a massive wrestling fan I have to say it is fantastic value for money.

There is something for everyone on there, whether you used to watch in the 80's with Hogan and Savage or in the 2000's with The Rock and Stone Cold, EVERYTHING is on here.

WWE (sometimes rightfully so) gets a lot of stick, especially for the current product. But the Network is amazing, even just for archive shows. This free 'trial' gives you no excuse to not try it... Especially now you're locked inside.
24th Mar

Can UK residents do this too and is it easy to access once you registered via Cricket Wireless?
Edited by: "fame" 24th Mar
24th Mar
Amazing how kind
24th Mar

And Impact!
24th Mar
I wish New Japan would do this and release more of their content for free.
24th Mar

Don’t go to the free month section. Just go to a ppv with an locked sign and press on that, it will ask you for an email address and password and to agree to term without having to put card details in.
Edited by: "fctilidie" 24th Mar
24th Mar

Yes, 1 minute process, fill the form in, wait for the email and sign in.
24th Mar
Can't watch old episodes of raw or smackdown from the 90's shame
24th Mar

If you do the three month trial you can.
24th Mar
Excellent will give it a go if I can watch some late 80's and early 90's stuff.
24th Mar
How long is this for, when will charging begin again???
24th Mar

Yes it's very easy, my account says ends in 1 month but upon contacting them they said u may only see month by month but will not be charged until June
24th Mar
Thanks OP
24th Mar
I haven't watched this for years, is the correct format still Raw, Smackdown and then the PPV of that month? I don't mind skipping NXT and the less important shows, at least that was how it was years ago. I wonder how far Raw and Smackdown go back with this offer.
24th Mar
2005 was the best year for PPV’s dont @ me.
24th Mar
Bah Gawd!
24th Mar
I might rewatch summer slam 92 at Wembley. I was 13 and lucky enough to be there.
24th Mar

Where is AEW in and when?
24th Mar

The top of my head is on the Summerslam PPV

We had great seats but this idiot turned up about five rows in front of us wearing some road warriors shoulder pads, complete with spikes and he turned around and said "am i in anyone's way?" and a few people said "yes" and he said "tough" ..

The the Road Warriors came down to the ring for their match, the cameras cut to this kid with his costume and you can see my head behind him. That's my claim to fame .. hah
24th Mar
Due to the Coronavirus their last few shows have had no crowd. I know it’s scripted but it was even more obvious without the crowd and probably caused people to tune out. Hence this.