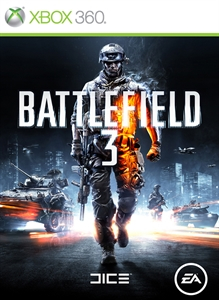 Read this carefully, and don't click confirm in the purchase dialog if you are not in the right account region, otherwise you will be charged if you have attached payment method.

Xbox 360 regions, including backward compatibility content, are account bound. Moving between regions is available at account.xbox.com/Acc…ion once in a three months period. Mostly everything moves, except purchased content which is not available in the new region, or is published on a different product ID. If content you already own in the origin region is not available in target region, it won't be playable, neither on Xbox 360, nor on Xbox One Backward Compatibility. If you are located in a foreign 360 region, your payment methods won't be accepted, and you'll be mostly limited to using Microsoft account balance of the region you are moving to, unless you have a payment method in the target region. Additionally, usage of Microsoft account balance towards Xbox 360/Original Xbox content is available through the Xbox 360 console itself only (no balance usage for 360/Original Xbox content through the marketplace on the web or Microsoft Store on Xbox One). If after three months you move back to origin region, chances are that you will be required to purchase your content again, because licenses are moving only if content is also available on same IDs in target region. Be aware if you claimed a lot of Games with Gold perpetual content (Xbox 360/Original Xbox content is available to you even if Gold subscription expired).

Could be more helpful with your description and just tell everyone that this offer is in the Ukraine store
23 Comments
14th Jun
Doesnt seem to be free on checkout, comes up £3.74
14th Jun

Doesnt seem to be free on checkout, comes up £3.74

Updated with instructions
14th Jun
Nope not free at checkout / be careful everyone!
14th Jun

Nope not free at checkout / be careful everyone!

You can change region in seconds, so it is still available to people in the UK. Funny enough when German or Spanish offers are on to save £20-30 on a console or speakers nobody complains. 🤷
14th Jun
Already been free with gold so I own it, those who don't act fast I imagine it'll be fixed soon!
14th Jun
Doesn't work for me. Go to Ukraine xbox store find game and in Windows 10, changed region to Ukraine and its still £3.75. Help please?
Edited by: "credington" 14th Jun
14th Jun
I personally would advise changing the region of your Xbox account for a number of reasons, mainly because it means having to use a VPN to claim Games with Gold titles and to purchase games and DLC in the sales (as well as using alternate payment methods), but a really good deal if you don't mind the hassle for three months.
14th Jun
TL DR
14th Jun
Iv already tried to login with Microsoft account and uses opera built in vpn to claim free rental movies it didn't work
14th Jun
says 3.74 for me so not really free
14th Jun

Well evidently you didn't read the description
14th Jun
@Geronimo.mp3_ I've previously region switched to download and play the telltale jurassic park game that was only available in US. Once switched back I can still play this and download on my Xbox one.
14th Jun
I cant find Ukraine on the list to change my region to?
14th Jun
I have only done region switching once on my xbox account and it was when you bought a certain game and got something free, think it was 6 months free gold. Can't remember exactly, but anyways it cost me near £10 and I actually didn't get the offer. Never played the game since it was a RPG style.

On switch it was dead easy. - Doing region switching on PS / xbox it seems quite difficult. Is there any punishment for doing so? - I have quite a bit in my account and especially with reward points.
15th Jun
CAPS FOR PEOPLE BEING ASKED TO PAY....

You need to change your xbox 360 account region for this to show as free.

You also need a VPN with a server in Ukraine after doing that.

Ignore the false information in the OP about content not working / transferring etc.

I transferred my region to Hungary recently and all my games work, even the ones that are not available to buy in Hungary.
17th Jun

Hi, I have a few questions.

When you change the region of your account, do you go directly through your Xbox 360 or do you do it on the site?
And if you do it on site, you go through this one or that one?

I live in France and when I want to try it, the price of 20 € is displayed.

Sorry if my English is not correct.

I cant find Ukraine on the list to change my region to?

But I have the same problem he does. The region "Ukraine" is not proposed.
What am I supposed to do?