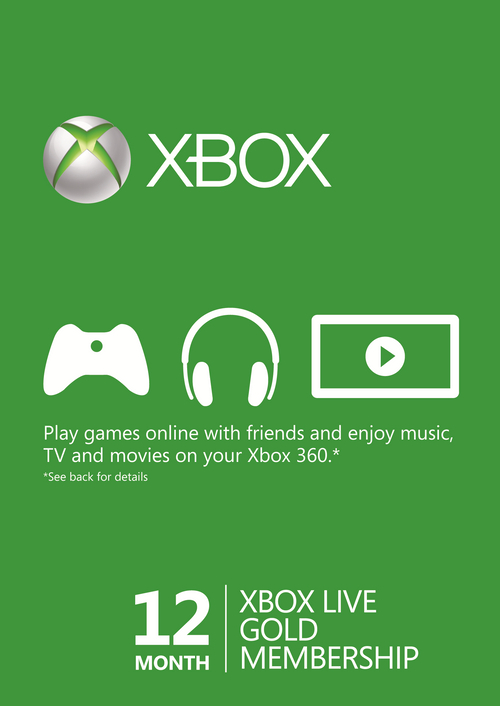 Xbox Ultimate - Add this once you have purchased the code and there is potential to add ultimate for the duration of you live for £1.
PostTweetShare Share with WhatsApp Share with Messenger
Community Updates
CDKeys DealsCDKeys voucher codes
If you click through or buy, retailers may pay hotukdeals some money, but this never affects which deals get posted. Find more info in our FAQs and About Us page.
New Comment Subscribe Save for later
34 Comments
19th Jul 2019
Is the free month for people already subscribed? How does game pass ultimate compare to just gold? I have fttc broadband so downloads of these large games will take time. Is it worth migrating to ultimate?
19th Jul 2019

Do it
19th Jul 2019
You can convert 12 months of Xbox Live Gold that you buy for Ultimate (Game Pass) just for £1 = 12 months of Game Pass for £1, keep that in mind
19th Jul 2019
But game pass surely is only worth doing if going to download the games. Can I go back to gold only after the ultimate pass expires,? As I can't see us downloading many games so gold is good for us as it stands.
19th Jul 2019

I think you've already made the decision. I'm pretty sure though, regardless of Internet speeds, you'll get a fair few games downloaded in 3 years
19th Jul 2019

True. I feel gold suits my family just fine but i suspect Microsoft will look to push gamers to ultimate pass and phase out gold and then I may be paying extra for a non used services maybe I'll grab a few gold passes for now..
19th Jul 2019

I can't see it. They're clearly lessening the impact of titles offered with Games with Gold, but I don't see a subscription split happening. For its current conversion value, just pop 3 years on Ultimate.
19th Jul 2019
BIG TIME DEAL THIS Heat added
19th Jul 2019
Ok so just checking how this works. If I buy three years worth of gold. Then go on to my Microsoft account I can convert them to three years worth of ultimate for no extra? I thought this deal from MS had expired no?
19th Jul 2019
Also, do I need to buy three years and convert them all at once? What’s stopping people buying one year, then adding onto it to get the cheaper deal?
20th Jul 2019

The conversion only works once. I did it last month.

Top up your account to as near as 36 months as a combination of Gold and Game Pass as you can, and then convert it over, Costs you £1 and all months get converted 1:1 to GPU and they give you an extra month.

If you have both Live and Game Pass add the two up as you can only convert 36 months over.

If you have 24 months Gold, and 24 months GP then the system will convert it to 49 Months but then cap it down to 36 months,

NOTE: Microsoft said they were only doing this until the 4th of July, so while it may be active still if you want to do this do it sooner than later.,


True Achievement Story on GPU
20th Jul 2019
As the mother of the Xbox owner, help me out please!

Does ultimate combine both the game pass and gold? Therefore, if I bought 3 of these year passes, then converted to ultimate (he still has the offer available) that will give him 3 years of game pass and gold...plus any additional ultimate benefits I really don't need to know about. Is that right?
20th Jul 2019
Thanks Gavin. I have about two weeks left of my gold subscription so presuming I can add three years on then convert to ultimate for the £1? I only see on my account to try pass for one month for £1
20th Jul 2019
Ok about to do this but should I buy the uk code over the EU? Will it be affected after brexit?
20th Jul 2019

You get Gold Membership and Game Pass, that means Games with gold to "buy" each month, plus all the games on Game Pass are free, but think of them as a loan rather than a sale, when they leave Game Pass they are no longer playable unless you bought them.

Any games on GamePass can also be bought for ( I think) 20% discount on the price, and there are offer like Gear 5 there is the beta test for GPU or pople weho have pre-ordered Gears 5.
20th Jul 2019

Add Live to get you to 12 months by whatever means you usually use, I have used CDKeys & Amazon depends who has offers on. EU codes DO work for the UK at the moment, if you were thinking CDKeys.

THEN add the Ultimate for £1 offer. I bought the GPU code via the Microsoft store.

Can to do this even if you have already done it once ?

From what I've read NO, its a one time conversion, but if you do it and it works report back here for others.,
20th Jul 2019
Thanks Gavin, bought and now a proud ultimate member!
20th Jul 2019

£1 offer is no longer working.
20th Jul 2019
Is this worth it if you only game on PC?
20th Jul 2019
This is excellent. Just bought 2 years, 13 months each, joined GPU for £1… now my GPU ends Oct 2021! By that time I hope that finding cheap videogame subscriptions are still of concern, rather than the descending doom of climate destruction and global facism!
20th Jul 2019
Must have only just changed. It was working at 18-30 according to TA. TrueAchievements

£1 offer is no longer working.

No, I don't think so, I believe as you have already had the months trial Ultimate for a £1 you will not get the £1 offer again.

Microsoft before said after the trial you could add Gold Membership and that would translate into Ultimate at a reduced rate, something like 1 months Gold became 20 days Ultimate.