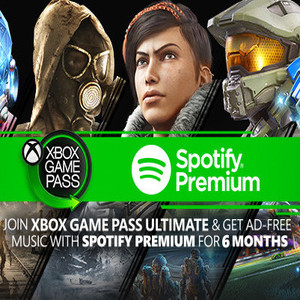 Just had the option to renew my xbox membership as it expired.

I selected the choice to renew using the Xbox live Ultimate Pass, first month costing £1 then £10.99 after (Idea being you cancel before the next payment is due). If you’re not already on a Xbox live ultimate subscription maybe its worth redeeming the offer!

I then received an email for 6 months free Spotify premium (Will need to create a new acc which is a bummer but... you can very easily create another account and just copy across playlists!!

For £1 it seems worthwhile, 6 months Spotify prem and also a month of the xbox ultimate pass. (Inc xbox live membership, see pic below) 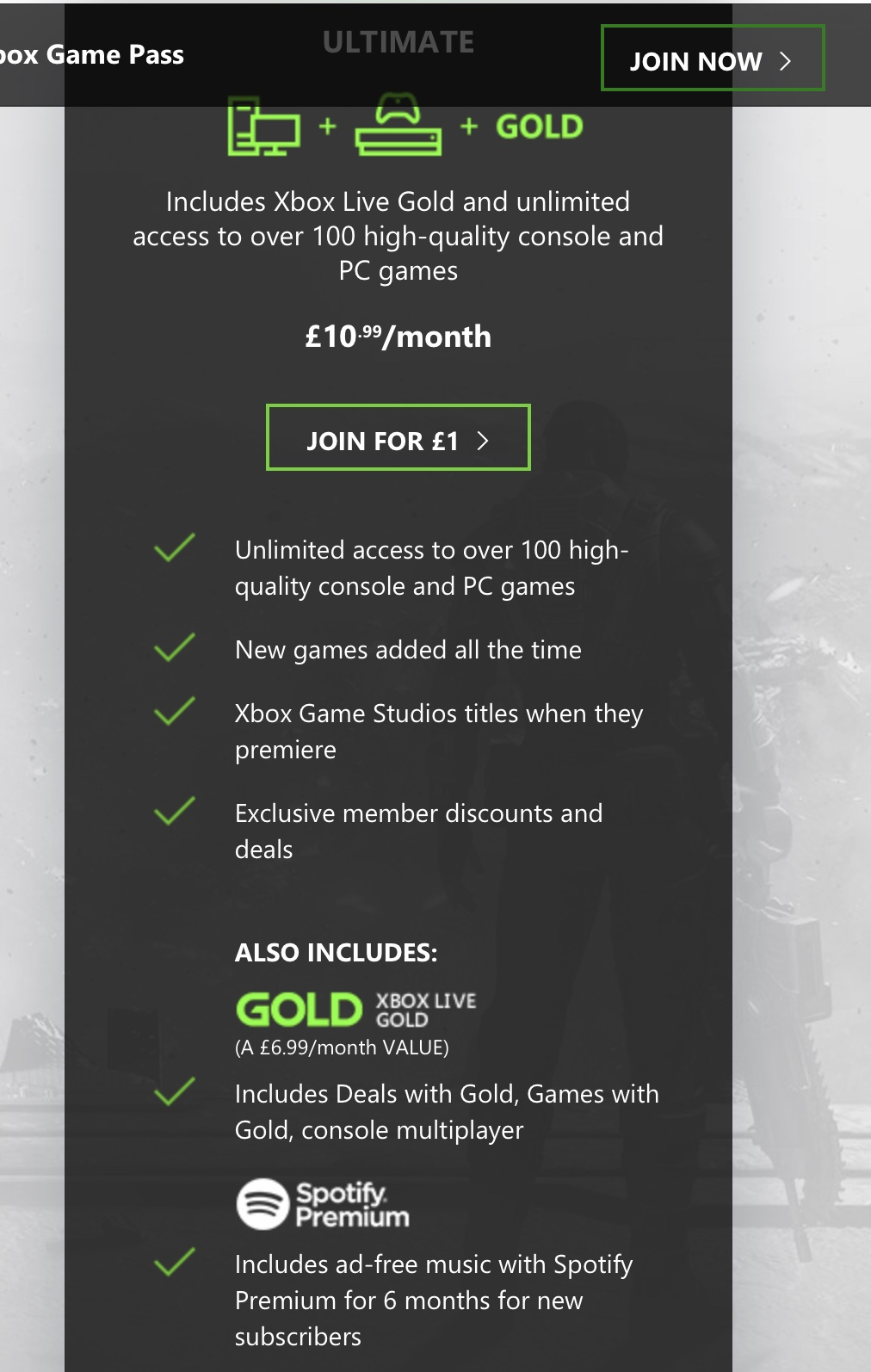 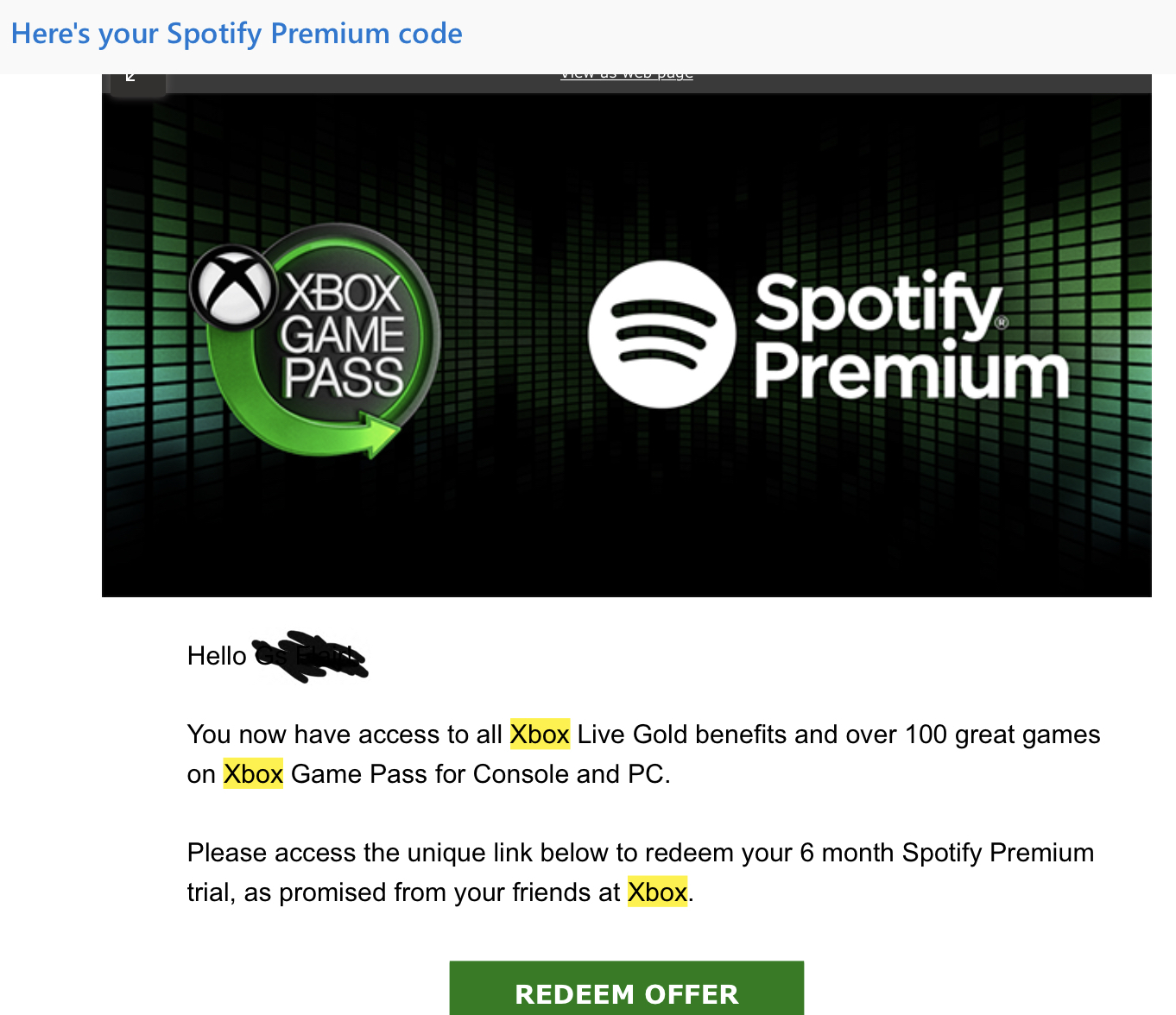 Click here to see the benefits to the ultimate pass

What is Xbox Game Pass Ultimate and what are its benefits?

Xbox Game Pass Ultimate includes all the benefits of Xbox Live Gold, plus over 100 high-quality console and PC games. New games are added all the time, so there’s always something new to play. Enjoy exclusive member deals and discounts. Play together with friends on the most advanced multiplayer network and discover your next favorite game.

Yes. Xbox Game Pass Ultimate includes all games from Xbox Game Pass for Console as well as Xbox Game Pass for PC.
PostTweetShare Share with WhatsApp Share with Messenger
Community Updates
Microsoft (Microsoft Store) DealsMicrosoft (Microsoft Store) promo code
If you click through or buy, retailers may pay hotukdeals some money, but this never affects which deals get posted. Find more info in our FAQs and About Us page.
New Comment Subscribe Save for later
Top comments
12th Nov 2019
Should just post this once an hour for the lolz
20 Comments
12th Nov 2019
Good shout my gold has expired. Will log on later and see if this offer is available ‌
12th Nov 2019
Should just post this once an hour for the lolz
12th Nov 2019
I took this offer up how do you copy over Spotify playlists I’ve got hundreds, I can follow them and add to them long as it’s collaborative. Is their an easy way ?
12th Nov 2019
apparently it's for new members to both services from what I read
12th Nov 2019
Word of advise, it's not worth setting up If you already have Xbox Live Gold and want to upgrade to Xbox Live Ultimate Pass just for the spotify.
My Xbox Live Gold was not due to expire until mid next year, so i upgraded for the free Spotify to cancel within the 30 day period.
After cancelling it negated my old Gold subscription and went to the Silver account (if its still called that).
There terrible online chat could not help, so i had to ring to rectify the issue.
More effort than its worth.
12th Nov 2019
Are any of the games on the pass worth the full price monthly subscription. Never used game pass etc
12th Nov 2019
How do i get the spotify to sub
12th Nov 2019

Gears 5 and The Outer Worlds won’t blow your mind, but they’re worth playing.
12th Nov 2019

So where you search music tracks, search your old Spotify username and your account should appear and your playlists visible. You can then copy the playlists across!
12th Nov 2019
Ok via desktop version of Spotify or on phone app ? Or web version ?
12th Nov 2019

Ok via desktop version of Spotify or on phone app ? Or web version ?

Desktop! Not sure about Phone app version and ease of copying playlists
12th Nov 2019
Is it me missing any announcements or has Game Pass been remarkably quiet this month? Think there have only been 2 additions so far, Subnautica and some LOTR card game.
12th Nov 2019

Thursday- Friday is XO Live I believe they are announcing new gamepass games there.

as for this deal really already? Thought the rules was 28 days before a repost, that’s what mine got removed for the other day
12th Nov 2019
Think the deals passed it sell by date that deal was posted last month
hotukdeals.com/dea…e=2
Edited by: "darrenallsopp" 12th Nov 2019
12th Nov 2019

How did that happen? I have about 2 years worth of gold transferred over. If you set the ultimate game pass to not continue it shouldn't cancel the whole lot surely
12th Nov 2019
spotify.com/uk/…er/
12th Nov 2019
Be warned, I did this and didn’t get the Spotify code 1 month later!
12th Nov 2019
I got my spotify code within 7 days. Ironically, I didn't really want it as was taking up the offer of converting gold membership to ultimate for £1.
13th Nov 2019

I didn't think it would happen myself.
Just a bit of hassle trying to set it back up again, having to ring customer services.
30th Nov 2019
Excuse my ignorance, but theoretically could you purchase this then replicate the same offer another 35 times equalling 3 years of Xbox Live Gold for £36, then upgrade to Game Pass Ultimate for £1, for a grand total of £37 all in?