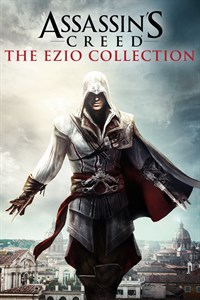 Live the life of Ezio and learn the ways of the Assassin as he seeks vengeance for the betrayal of his family. Travel through 15th-century Renaissance Italy, including the capital Rome and finally onto 16th-century Constantinople.
PostTweetShare Share with WhatsApp Share with Messenger
Community Updates
Microsoft (Microsoft Store) DealsMicrosoft (Microsoft Store) promo code
If you click through or buy, retailers may pay hotukdeals some money, but this never affects which deals get posted. Find more info in our FAQs and About Us page.
New Comment Subscribe Save for later
1 Comment
10th Dec 2019
Brilliant games for the price.