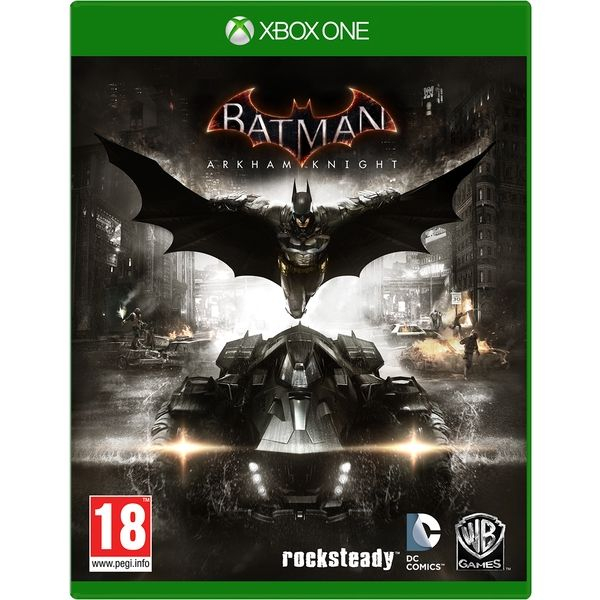 In the explosive finale to the Batman Arkhamseries, Batman faces the ultimate threat against the city he is sworn to protect. The Scarecrow returns to unite an impressive roster of super villains, including Penguin, Two-Face and Harley Quinn, to destroy The Dark Knight forever.

Batman Arkham Knight introduces Rocksteady's uniquely designed version of the Batmobile, which is drivable for the first time in the franchise. The addition of this legendary vehicle, combined with the acclaimed gameplay of the Batman Arkham series, offers gamers the ultimate and complete Batman experience as they tear through the streets and soar across the skyline of the entirety of Gotham City.


PostTweetShare Share with WhatsApp Share with Messenger
Community Updates
Base.com DealsBase.com discount code
New Comment Subscribe Save for later
9 Comments
1st Feb
Basically only just about finished this game last night, played it on and off for years lol.
All the extras - the season pass was cheap recently - some good extra missions with mad hatter, killer croc, league of shadows etc.
Very good game to anyone who hasn’t maybe given it a shot yet, ahead of its time in terms of the world its set and its dynamics I think.
Well worth a buy
1st Feb
Obligatory ‘Game Pass’ comment.

Don’t say “free” or you’ll upset the children.
2nd Feb
Now that's a game that's crying out for a Xbox one X patch.
11th Mar
This is back in stock and available.
11th Mar

This is back in stock and available.

Thanks mate but it's over a month old
11th Mar

Thanks mate but it's over a month old

OK? I'd have unexpired it if it wasn't

This is back in stock and available.

Ah but would you have? I seem to remember a price drop that you spotted but didn't edit for me ‌ ‌ ‌
11th Mar

Must have been a Monday
11th Mar

Must have been a Monday