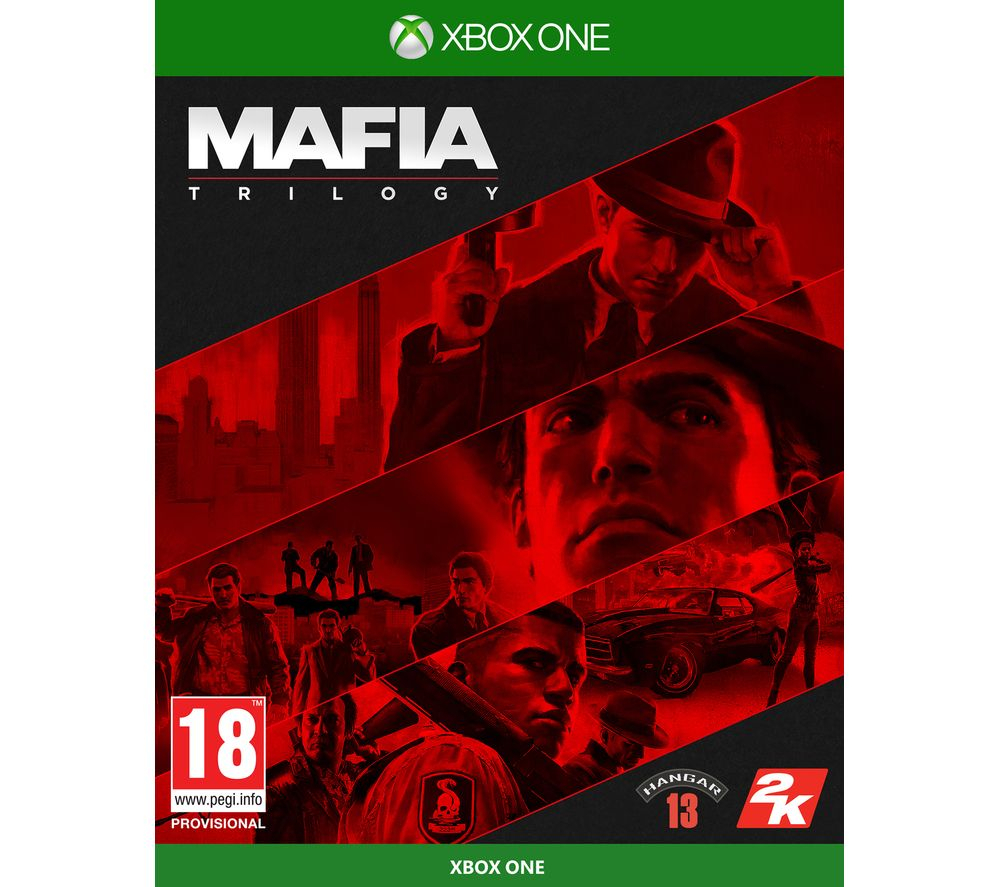 Re-play three remastered classic mob sagas brought to today's modern game standards with the Xbox One Mafia Trilogy. You get three definitive editions of favourite mob games. Each is set in different era of organised crime in the United States. And each is like a mob film on its own.

Enjoy all the favourite mob activities as you know them. Dangerous car chases, raw alley fights, stealthy midnight smuggle runs or full-out shootouts, it's all there. You'll collect classic cars, try out a whole arsenal of mobster weapons.

Mafia II will bring you to the golden era of gangstering during 40s and 50s. As a war hero Vito Scaletta you'll have to deal with your fathers debts and join the criminal underworld. With his mate Joe you'll climb the mob family ladder to become a respected and feared mafioso.

In Mafia III, you'll seek revenge as Lincoln Clay, a Vietnam War veteran. His surrogate family got wiped out by the Italian mafia and now it's up to you to help him build a new one and challenge the infamous mob with your newly found criminal empire.
PostTweetShare Share with WhatsApp Share with Messenger
Community Updates
Post a comment