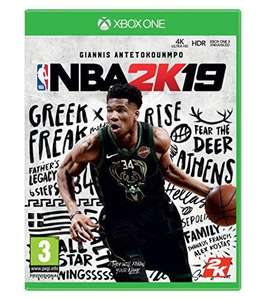 NBA 2K19 is a basketball simulation video game developed by Visual Concepts and published by 2K Sports, based on the National Basketball Association. It is the 20th installment in the NBA 2K franchise, the successor to NBA 2K18, and the predecessor to NBA 2K20. Wikipedia