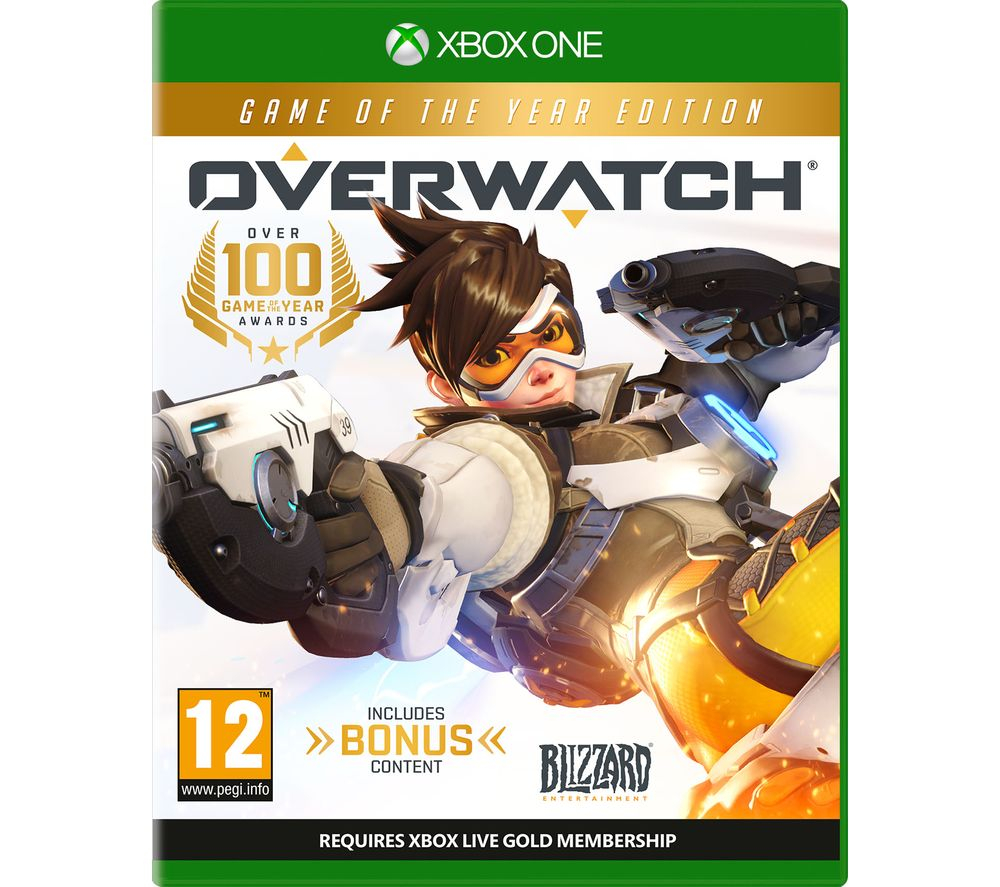 XBOX ONE Overwatch Game of the Year Edition

With Overwatch: Game of the Year Edition you'll get loads of in-game goodies for Overwatch, as well as other great Blizzard games.

You'll be able to play as Tracer in Heroes of the Storm, use Mercy's wings in Diablo III, and have Baby Winston accompany you in World of Warcraft. In Heartstone you'll get an Overwatch-themed card back, and then in StarCraft you'll have in-game portraits of heroes like Tracer, Winston and Reaper.
PostTweetShare Share with WhatsApp Share with Messenger
Community Updates
Currys PC World DealsCurrys PC World discount code
If you click through or buy, retailers may pay hotukdeals some money, but this never affects which deals get posted. Find more info in our FAQs and About Us page.
New Comment Subscribe Save for later
2 Comments
19th Nov 2019
Was in Currys locally last eve, saw this but didn't see any PS4 version in stock, any idea if they're doing same price for that anywhere too? Heat anyways.
19th Nov 2019