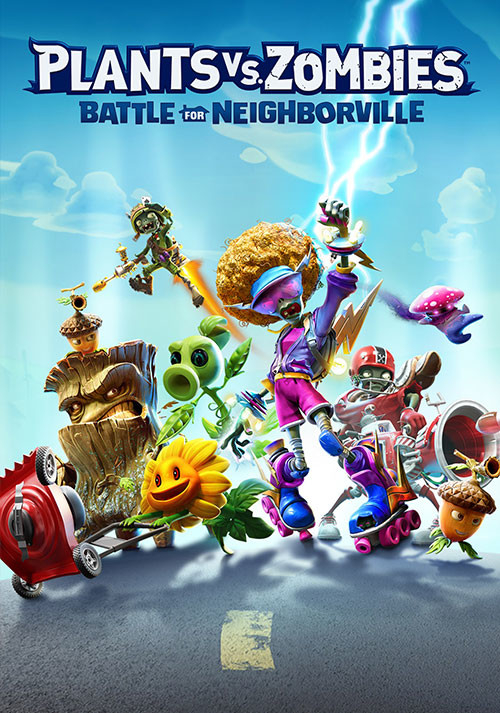 [PS4/Xbox One] Plants vs. Zombies: Battle for Neighborville now available on EA Access

Now added to the EA Access vault. Nice one for the kiddies, or the grown up kiddies, or whoever 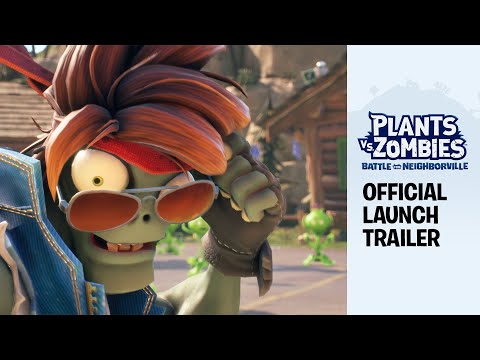 The age-old fight between unpotted and undead rages on in Plants vs. Zombies: Battle for Neighborville, now available to play in The Vault on all platforms. Xbox One? Yes. PlayStation®4? Yes. PC? Oh, you betcha. Jumbotron? Actually, we’re still ironing out the kinks on that one.

But until we can project 40-foot-tall zombies in a stadium, you can head to The Vault to play PvZ: Battle for Neighborville as much as you want. Turn the tide of war with new characters, like the most excellent 80s Action Hero or the fire-breathing Snapdragon. Enlist up to 3 friends to battle through free-roam regions, or face up to 24 players in online multiplayer. Jump into the fray now for your chance to earn the powerful new Wizard Zombie on the Luck o' the Zombie Festival Prize Map!
PostTweetShare Share with WhatsApp Share with Messenger
Community Updates
Microsoft (Microsoft Store) DealsMicrosoft (Microsoft Store) promo code
New Comment SubscribeSave for later
Top comments
3rd Mar

*goes back to playing Anthem* [Image]

Wait a minute...did you just say "goes back to play Anthem" 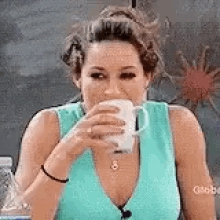 The system flags it as a freebie if 0.00 is inserted - changed it over to the one month cost from CDKeys.
3rd Mar
Hopefully not too long to wait for NFS Heat and Jedi: Fallen Order
3rd Mar

Hopefully not too long to wait for NFS Heat and Jedi: Fallen Order

I can't see them rushing with Fallen Order, tbh. It's still in the top 10 'all formats' charts (9) with no multiplayer or IAPS.
3rd Mar

*goes back to playing Anthem* 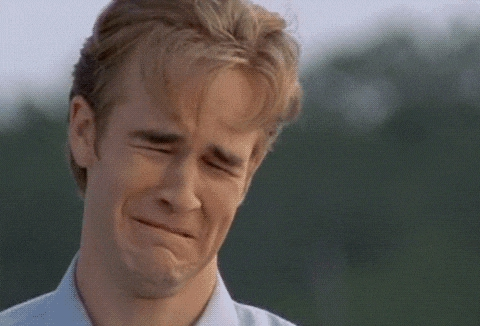 3rd Mar
Bit of a misleading “deal” here Buzz, even the £2.49 for a months EA Access is pretty poor compared to most months. Surely this belongs in misc at best?
3rd Mar

From 27th July 2019 we will allow the following in Deals too (subject to trial):

The price of the EA Access subscription isn't the intention here, but a price must be placed into the price box, so there it is. PvZ: BFN is £17.49 on the Xbox Store, I'd imagine PS4 and Xbox One owners, oh and Origin Access subscribers, may appreciate the news - or at least that's what I'd like
Edited by: "BuzzDuraband" 3rd Mar
3rd Mar

*goes back to playing Anthem* [Image]

Wait a minute...did you just say "goes back to play Anthem"

3rd Mar
Imagine I paid for this game three days ago 😩 cracking though, highly recommend it.
3rd Mar

It’s not a deal though is it? We don’t really want to see every new GamPass title posted here do we? I normally appreciate your effort, but this one is a weak deal and heat harvesting in my opinion... but that’s just my opinion
3rd Mar

You’d have paid about the same as a years EA Access subs, at least you have the game to keep, unless you’re into sports and sub standard racers there’s little else to get EA Access for
3rd Mar

I've been sharing deals for over 8 years, believe me, 'heat harvesting' dropped off my radar years ago.
Edited by: "BuzzDuraband" 3rd Mar
3rd Mar

I know you have.... that’s why I’m kinda surprised at this pseudo deal, not having a go, you and Joey are my Tuesday guys, but as I said, it’s just an opinion
3rd Mar

Well I've been doing it since EA Access launched in 2014, so I'm sorry it's hit you this hard now
3rd Mar

‌ not hit me hard, I just think it’s a misc post, I only mentioned it....and I don’t recall you posting non deals like this in the past??? Maybe I just haven’t noticed as it’s not a deal
Edited by: "Timschoice" 3rd Mar
3rd Mar
Thanks for the heads up Buzz! My 8 year old boy loved the GW2 and has said he wants to try this one out!
3rd Mar

I want to find out about games coming to these subscription services on the deals section and I can imagine the majority also find it helpful. Most gamers on here probably don't visit Misc so it seems pointless posting these announcements amongst the non-gamers.

Some people are a little too obsessed about what type of deal is getting heat. Are there not bigger things to worry about in the world
3rd Mar

Oh I’m sorry, I thought this was a deals site not a “Games subscription catalogue announcement” site, my bad As I said, there are loads of games on Game pass, do you want a deal for each of those? Anyone who doesn’t know what games are on EAAccess needs glasses, it was plastered all over my dashboard.... bit hard to miss
Edited by: "Timschoice" 3rd Mar
3rd Mar

Why are you spending minutes of your life debating if this is worthy enough to be considered a deal. It takes less than a second to scroll past. The mods have said these posts are fine and rightly so, many members like myself appreciate them. If the posts were useless then they wouldn't gain heat.

Speaking of deals, why don't you post one
3rd Mar

Likewise, why are you spending minutes responding to my comments? I’m just going to post all of the new lines at Costco
10th Mar
Awesome post nearly bought this for £20 the other day. I have 12 months ea access for £16 so great thank you and ps I don’t care where the post goes you’ve saved me £20 and my lad will be well happy 👌 ‌ ‌