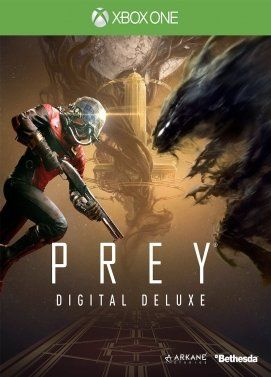 Prey
In Prey, you are the subject of an experiment but things have gone terribly wrong. Your ability to survive a hostile alien onslaught will depend on your wits, weapons, and newfound abilities.

Prey: Mooncrash
Fight overwhelming odds to escape a secret TranStar moon base where the enemies you encounter, the hazards you face, the goals you complete, and the loot you collect are different each time you play. With changing environments as dangerous as they are dynamic, the Mooncrash campaign for Prey will offer a fun, infinitely replayable challenge.

Anyone played the dlc?

Such an under-rated game....

The thinking man's shooter so not suitable for Doom jockeys.
25th Feb
The DLC Mooncrash is highly recommended.