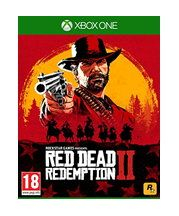 Pre-Order Red Dead Redemption 2 to get the War Horse and Outlaw Survival Kit: This handsome iron-grey-coloured Ardennes War Horse can always be relied on in the heat of the battle. With greater courage and stamina than the average steed, this is a horse that knows how to keep its head under fire. The War Horse is available in Red Dead Redemption 2 Story Mode. The Outlaw Survival Kit contains a collection of key supplies for enduring the rigours of life on the frontier, including items to replenish Health, Dead Eye and more. The Outlaw Survival Kit is available in Red Dead Redemption 2 Story Mode.
PostTweetShare Share with WhatsApp Share with Messenger
Community Updates
Base.com DealsBase.com discount code
If you click through or buy, retailers may pay hotukdeals some money, but this never affects which deals get posted. Find more info in our FAQs and About Us page.
New Comment Subscribe Save for later
5 Comments
28th Nov 2019
I'm so tempted as I've just bought the One X and this game apparently looks stunning on the X
28th Nov 2019

Definitely go for it mate, I bought the X specially in preparation for the release of this game and boy did it deliver! A jawdroppingly gorgeous game, stunning visuals, great characters and a memorable story!
28th Nov 2019
Why can't the digital version be on sale for this price I hate swapping discs...
28th Nov 2019
1% cool man
I bought this a month ago, it is ace, even for a 40yr old
28th Nov 2019

U done quite the job in selling it