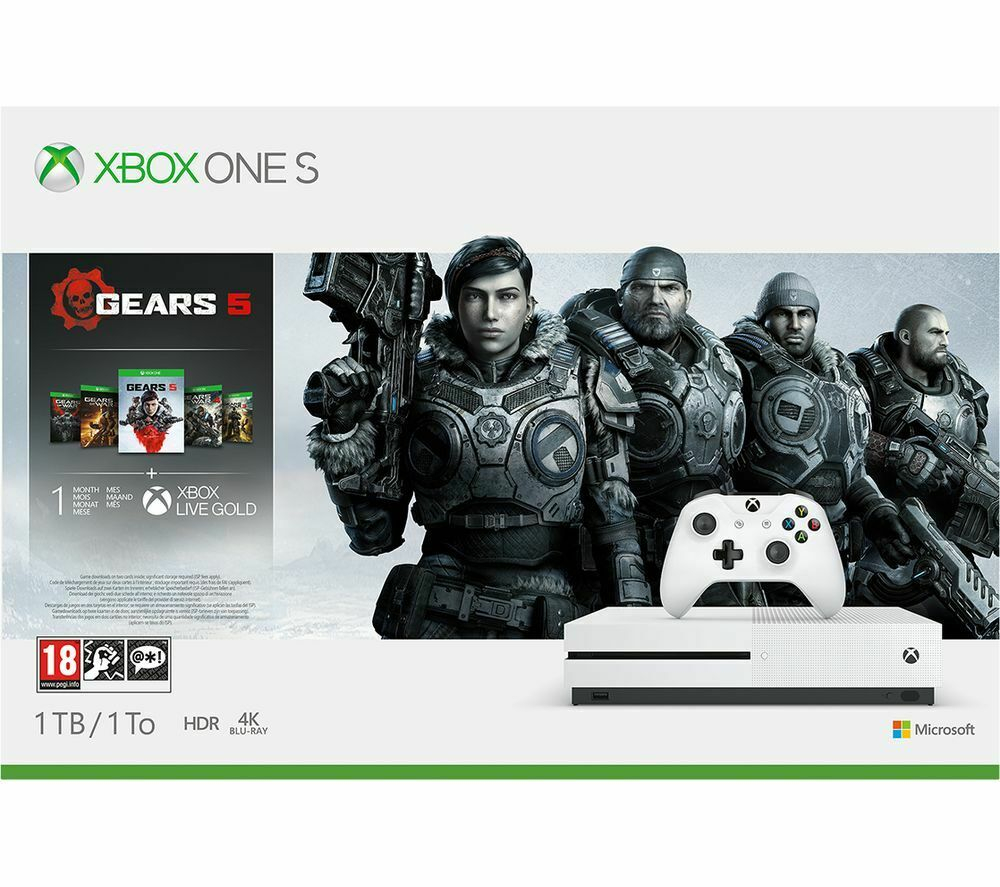 Play from a selection of over 1300 amazing games with the Xbox One S. From the biggest blockbuster titles and Xbox exclusives, to iconic franchises that everyone's grown up playing, you'll have loads of choice.

Your games and films will also be enhanced with Dolby Atmos and DTS:X audio. You'll get better surround sound if you use a headset, and every film you watch will be even more cinematic.
PostTweetShare Share with WhatsApp Share with Messenger
Community Updates
EBay DealsEBay discount code
New Comment Subscribe Save for later
6 Comments
26th Feb
No game codes, cold
26th Feb
Cold, you can get a One X for £40-50 more, recently.
Edited by: "ArcAndPie" 26th Feb
26th Feb
How is this hot with all that content missing? Agree with the above comments.
26th Feb
I got this disc version, with a forza horizon 4 for £120.30 from same currys clearance store. They had 10% on which stacked with the 20% ebay code. I paid for mine within 20 mins of the offer going live. This is mine from ebay (Xbox one s forza horizon 4)
26th Feb
You have to keep in mind that those recent nice deals are expired or oos.
This is the cheapest price for the new console as for now :-)
26th Feb
I agree, that's not a great price considering the box has been opened and all the digital content removed.
Their prices don't seem to be very consistent. I got the one s disc version with Jedi fallen order, new with damaged box for £135. I can't see how they can charge more for this which is obviously customer return.