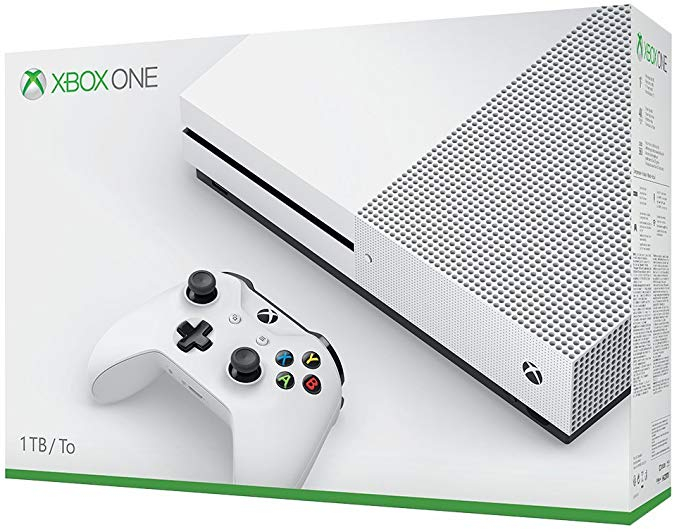 Xbox One S 1TB Console £144.85 from ShopTo with Free Shipping

FYI - This one has the disc drive.

The smallest, and most beautiful, Xbox yet. The Xbox One S slimlines the original Xbox One into a chic new design and re-colours it in an all new ‘robot white’. The console is 40% smaller than the original Xbox One and waves goodbye to notoriously bulky ‘brick like’ power supply. The Xbox One S will allow you to use the console both vertically and horizontally with the addition of a new optional console stand (not included) – it’s up to you how you display, and play, your One S.

WHAT'S NEW ON THE XBOX ONE S?
The Xbox One S boasts 4K capabilities – Ultra HD. This means that Xbox One S will support 4K streaming from the likes of Netflix and Amazon Video, as well as supporting HD Blu-ray.


XBOX ONE S WIRELESS CONTROLLER
The Xbox One S also comes with an all-new controller, again in the ‘robot white’ shade. The controller will feature textured grips and includes Bluetooth in addition to proprietary wireless capability, this resulting in a dramatically improved wireless range. The new Bluetooth controller will also be compatible with PC and is included with the console, it’s also available to buy separately. Other changes include a front, easy-access, USB port.
PostTweetShare Share with WhatsApp Share with Messenger
Community Updates
ShopTo DealsShopTo discount code
If you click through or buy, retailers may pay hotukdeals some money, but this never affects which deals get posted. Find more info in our FAQs and About Us page.
New Comment Subscribe Save for later
Top comments
20th Dec 2019
Still a good deal, but makes me laugh they put the price up by 5 pounds compared to earlier.

hotukdeals.com/dea…675
3 Comments
20th Dec 2019
Still a good deal, but makes me laugh they put the price up by 5 pounds compared to earlier.