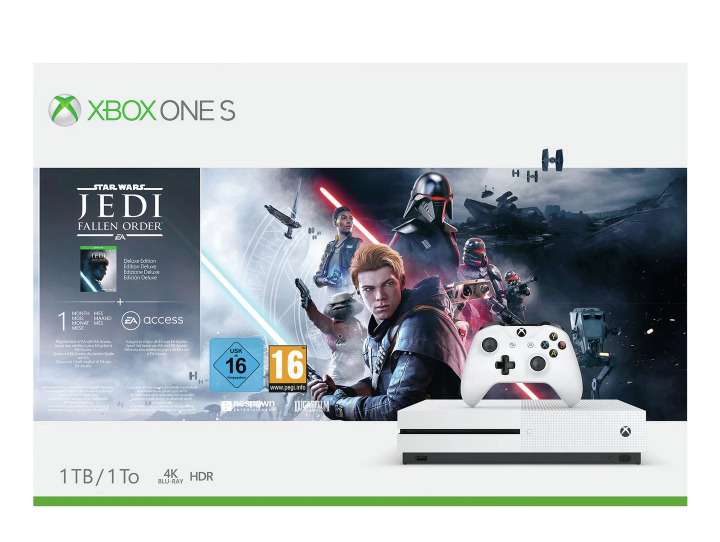 The Xbox One S Star Wars Jedi: Fallen Order bundle and step into the role of a Jedi Padawan who narrowly escaped the purge of Order 66. This bundle includes an Xbox One S, an Xbox Wireless Controller, a full-game download of Star Wars Jedi: Fallen Order Deluxe Edition, a 1-month Xbox Live Gold subscription, a 1-month Xbox Game Pass for Console trial, and 1 month of EA Access. There's never been a better time to game with Xbox One.
PostTweetShare Share with WhatsApp Share with Messenger
Community Updates
Argos DealsArgos discount code
If you click through or buy using any of our links, retailers may pay hotukdeals some money, but this never affects which deals get posted. Find more info in our FAQs and About Us page.
New Comment Subscribe Save for later
6 Comments
28th Nov 2019
Just reserved one in Smyths for £10 cheaper - as this didn't seem to be likely for £159 in Tesco, I went for Smyths.
29th Nov 2019
Very is £10 less but you don't get the extra .
29th Nov 2019
And so it begins.. does anyone know whether the game is hard copy or digital?
29th Nov 2019