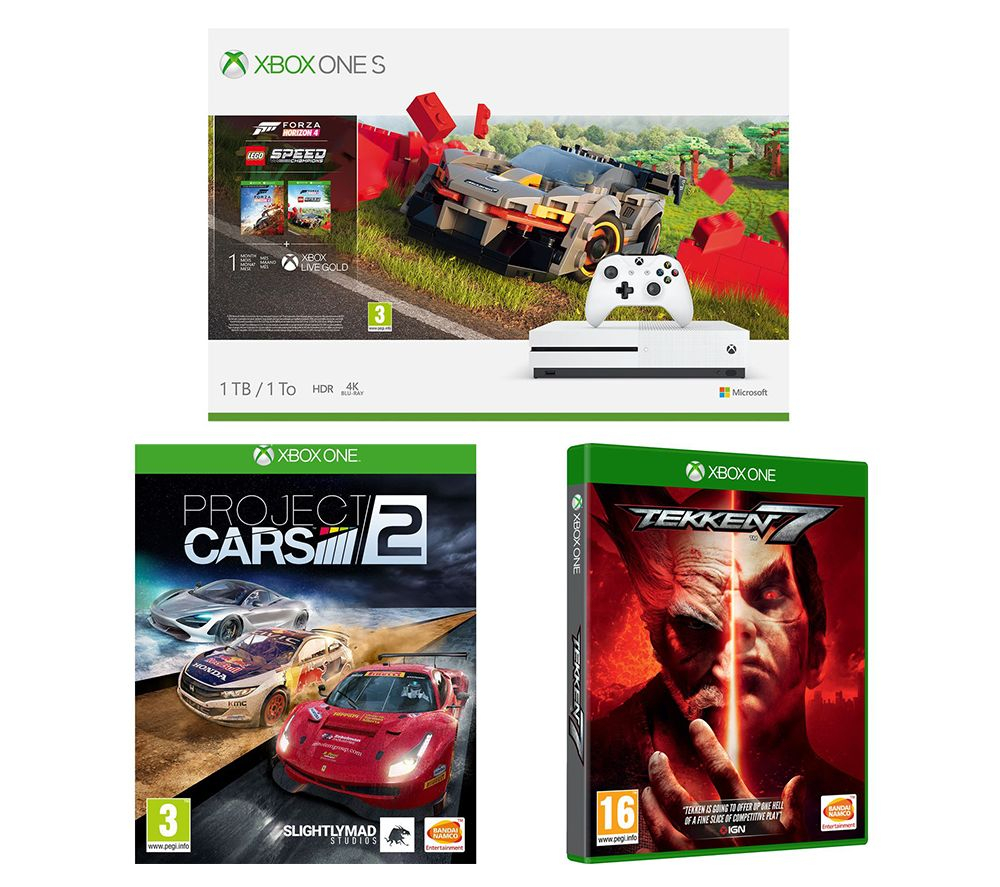 Play from a selection of over 1300 amazing games - from the biggest blockbuster titles and Xbox exclusives, to iconic franchises that everyone's grown up playing, you'll have loads of choice.

Your games and films will also be enhanced with Dolby Atmos and DTS:X audio. You'll get better surround sound if you use a headset, and every film you watch will be even more cinematic.

The Xbox also makes a great first console for younger family members. You can keep an eye on your child by setting content filters and purchase limits, and you can decide who's allowed to engage with your child when they're gaming.

Discover Britain like you've never seen it before in Forza Horizon 4. With ever-changing environments, you'll have to master driving in all kinds of conditions from icy to muddy to dry - weekly season changes will bring new themed content, challenges and rewards, so things will always be kept interesting.

You'll see lakes, valleys, castles and more, all in breath-taking 4K in some spectacular tracks. Featuring the largest and most diverse car roster to date, there are over 450 cars for you to collect from 100 manufacturers.

Unveil the final chapter in the 20-year long Mishima feud. Seamlessly blending between fierce battles and powerful story sequences, Tekken 7 follows the members of the Mishima Clan as they settle old scores and wrestle for control of a global empire.

With over 170 cars from iconic brands, and more tracks than any other racing game, Project Cars 2 lets you compete in lots of different classes, including Rallycross, IndyCar and much more. Challenging AI makes you really race against the other cars - with intense competition, you'll need all your skill to become the next racing hero.
PostTweetShare Share with WhatsApp Share with Messenger
Community Updates
Currys PC World DealsCurrys PC World discount code
If you click through or buy, retailers may pay hotukdeals some money, but this never affects which deals get posted. Find more info in our FAQs and About Us page.
New Comment Subscribe Save for later
1 Comment
16th Dec 2019
Voted HOT - dont forget you can pay nothing for 6 months, pay balance at month 6 at no interest, so give yourself time to put £30 away a month if you dont have the cash to hand.