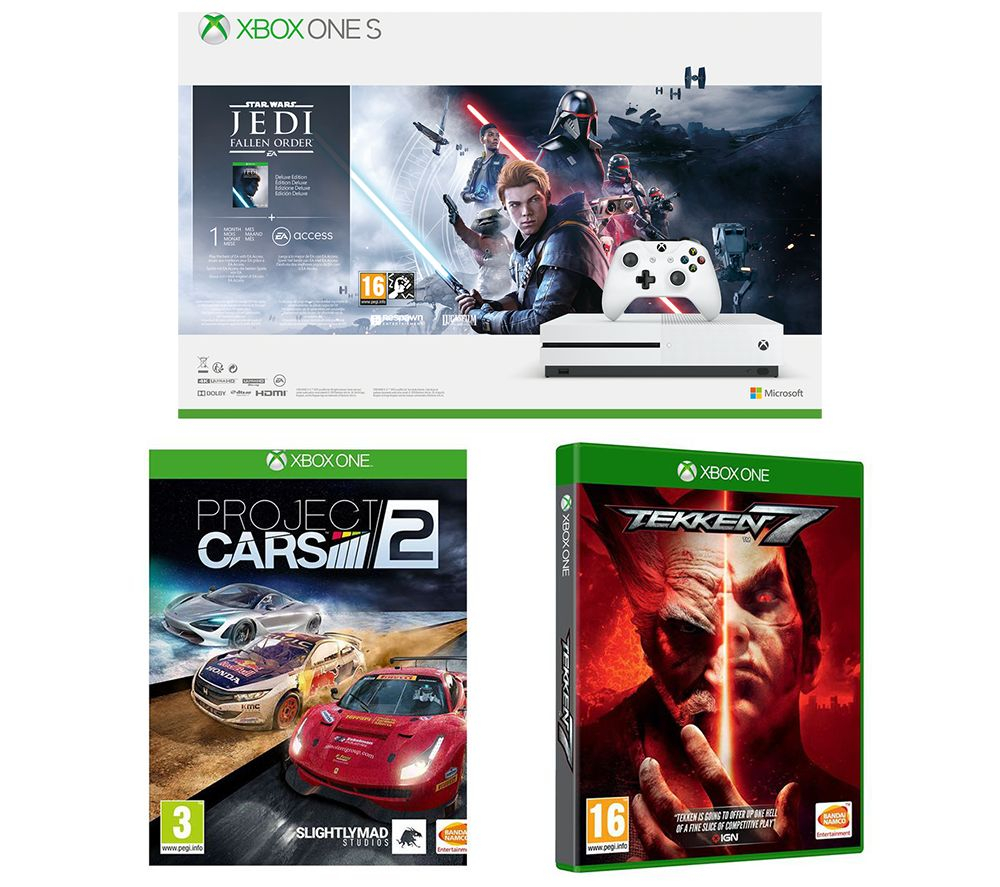 Play from a selection of over 1300 amazing games with the Xbox One S. From the biggest blockbuster titles and Xbox exclusives, to iconic franchises that everyone's grown up playing, you'll have loads of choice.

Your games and films will also be enhanced with Dolby Atmos and DTS:X audio. You'll get better surround sound if you use a headset, and every film you watch will be even more cinematic.

Set shortly after the events of Episode III - Revenge of the Sith, the game follows the galaxy-wide purge of the Jedi Order. Taking control of Padawan Cal Kestis, one of the few Jedi to survive, you'll need to master lightsaber combat and the Force as you do whatever it takes to survive.

The deluxe edition includes extra skins, a digital artbook and "Director's Cut" behind the scenes videos.

Unveil the final chapter in the 20-year long Mishima feud. Seamlessly blending between fierce battles and powerful story sequences, Tekken 7 follows the members of the Mishima Clan as they settle old scores and wrestle for control of a global empire.

With over 170 cars from iconic brands, and more tracks than any other racing game, Project Cars 2 lets you compete in lots of different classes, including Rallycross, IndyCar and much more. Challenging AI makes you really race against the other cars - with intense competition, you'll need all your skill to become the next racing hero.
PostTweetShare Share with WhatsApp Share with Messenger
Community Updates
Currys PC World DealsCurrys PC World discount code
If you click through or buy, retailers may pay hotukdeals some money, but this never affects which deals get posted. Find more info in our FAQs and About Us page.
New Comment Subscribe Save for later
4 Comments
16th Dec 2019
joeydeacon has done it again
16th Dec 2019
Oh it’s not an Xbox X ah
16th Dec 2019