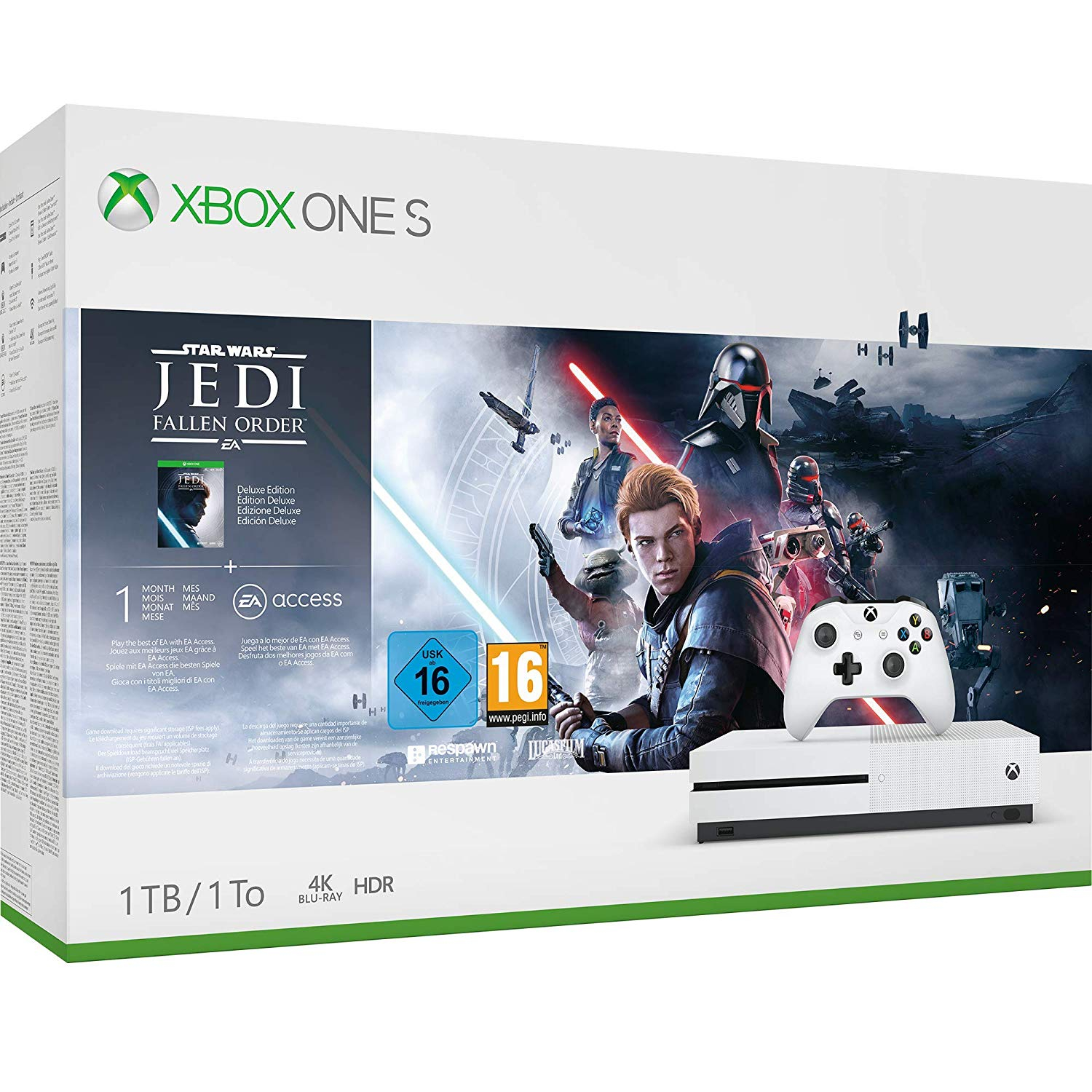 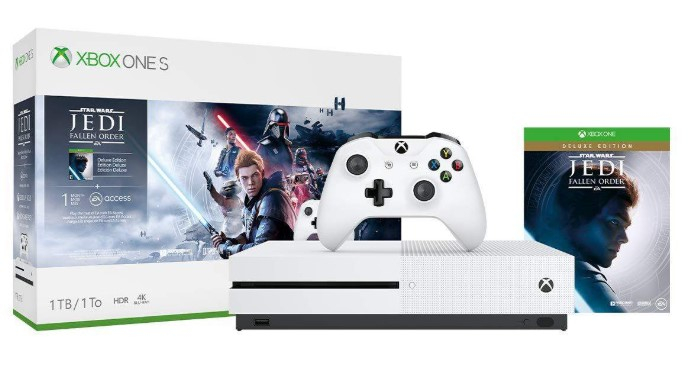 Xbox One S
Xbox One S introduces HDR and up to 4K Blu-ray as well as streaming. The internal power supply and new form factor mean that it's 40% smaller than the previous model.

4K Ultra HD Blu-ray and Streaming
If you have a 4K television, why settle for last generation technology? With four times the resolution of standard HD, 4K Ultra HD delivers the clearest, most realistic video possible. Stream 4k content on Netflix and Amazon Video and watch Ultra HD Blu-ray movies in stunning visual fidelity with High Dynamic Range. Additionally, if you‘re lucky enough to have 3D television, you can play your 3D Blu-ray disks, too.

IR Blaster
Configure your Xbox One S to turn on other devices, like your TV, audio/video receiver and cable/satellite receiver. Whether you’re playing a game or watching a movie, the integrated IR blaster will get you to the action faster, allowing you to leave your remotes behind.

Made for Media
With games, TV, movies, music and sports all in one place, you don’t have to compromise. Switch instantly from one to another, or enjoy an app and a game side-by-side so you never miss a moment. It's all the entertainment you love. All in one place.

Xbox Live
With millions of players around the world, and more than a decade of multiplayer experience, Xbox Live is the proven place to play. And now, everyone is invited to experience smarter matchmaking, less waiting, and better performance with Xbox Live on Xbox One. You can even record, share and broadcast your moments of glory.

Set several years after Revenge of the Sith and the consequences of Order 66; you must strive to rebuild your fallen Order, having survived the tragic purge of the Jedi.

Visit iconic Star Wars locations, explore a long-extinct civilisation, survive encounters with creatures like the all-powerful Sarlacc and battle with the Empire’s deadly Inquisitors, as you try to complete your Jedi training and solve the mysteries that rise before you.

The Deluxe Edition includes the story behind the game, along with a cosmetic skin for BD-1, a cosmetic skin for the Stinger Mantis, a digital art book, and a director’s cut featuring behind-the-scenes videos, that contain over 90 minutes of footage from the making of the game.
PostTweetShare Share with WhatsApp Share with Messenger
Community Updates
John Lewis & Partners DealsJohn Lewis & Partners discount code
If you click through or buy, retailers may pay hotukdeals some money, but this never affects which deals get posted. Find more info in our FAQs and About Us page.
New Comment Subscribe Save for later
Top comments
29th Nov 2019

Show me how that's possible for £170 you plonker
5 Comments
29th Nov 2019
Out of stock online, all stores showing are not available.
Dunno if that means they out of stock too or just because the shops aren't open yet.
29th Nov 2019
Same price at Very if OOS at John Lewis

Show me how that's possible for £170 you plonker