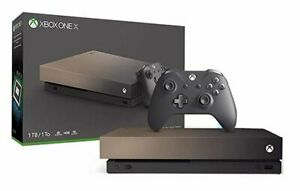 Using the code PLETHORA at checkout, you can currently get a decent price on this Xbox Console at The Game Collection

Xbox Console Link: ebay.co.uk/itm…-75
PostTweetShare Share with WhatsApp Share with Messenger
Community Updates
EDITOR
27th Aug 2019
Cracking, posted just after you on the controller. Not to shabby on the console either!
Cheers 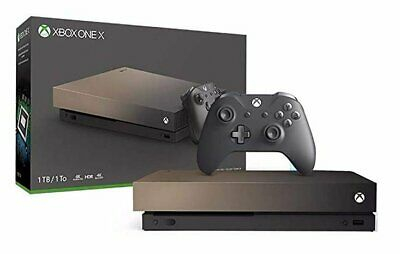 Thanks, updated
27th Aug 2019
What's the warranty on this, there's no mention of a guarantee in the seller's description.
27th Aug 2019

I swear if I miss another controller deal I'll go crazy.

I'm with you on this...
27th Aug 2019
Actually really tempted by this... Except there aren't ant Xbox games I am yearning to play!
Everything seems to be on PS4 for me, except maybe Halo and Gears.
27th Aug 2019
Which controller was it?

Is this the cheapest the Xbox One X has ever been?

A used 1 was posted earlier that was a little cheaper.
27th Aug 2019
Presumably this is £359.95 before using the code right? Description really needs to show the price before the code.
27th Aug 2019
I like it but not wowed by it. Looks like one half of the console has been sitting in direct sunlight. I’m more for shiny things personally like an actual Gold Xbox
28th Aug 2019

Is this the cheapest the Xbox One X has ever been?

Which controller was it?

Just wondering about condition when it arrived.