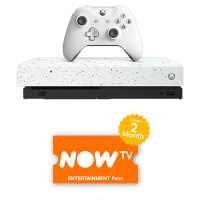 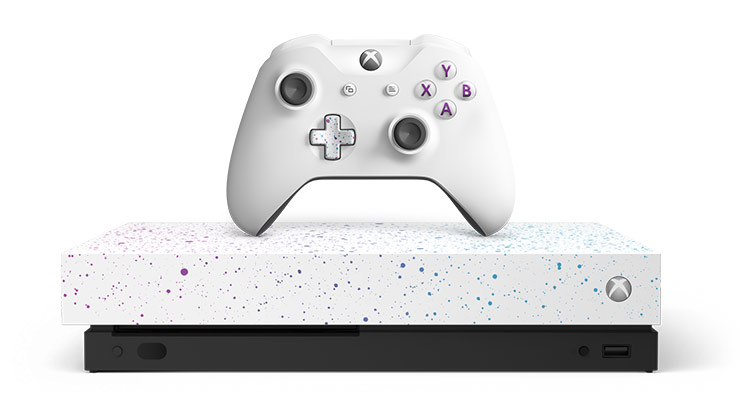 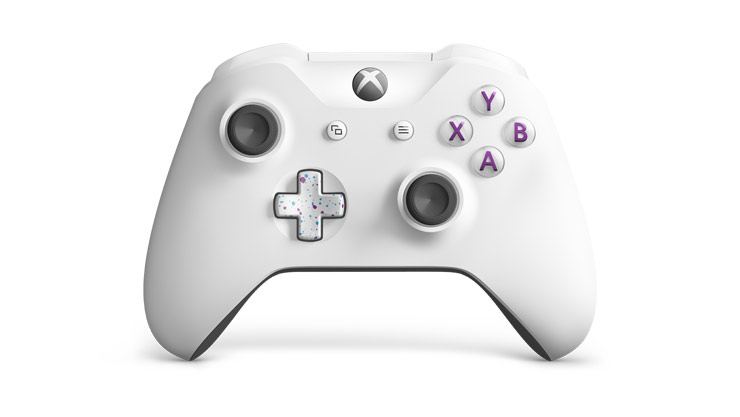 Take your games to the next level with the Xbox One X Hyperspace – GAME Exclusive. The console has a gradient purple to blue splash design, which is also featured on the controllers left directional pad. Add a touch of colour to your gaming set up! The Xbox One X is an incredibly powerful console that will transform your gaming adventures into a beautiful experience. Take pride in your gameplay with 4K Visuals, plus HDR and 6 teraflops of graphical processing power. From first-person shooters to completing a new questline, games look and feel impressive on the Xbox One X Hyperspace.
Blockbuster titles look great, run smoothly, and load quickly even on a 1080p screen. It also works with all your Xbox One games and accessories as well as Xbox Live, the most advanced multiplayer network, giving you even more ways to play.

The world's most powerful console
Games play better on Xbox One X. With 40% more power than any other console, experience immersive true 4K gaming.

The only console designed to play the best games of the past, present and future
Play over 2,200 games including more than 200 exclusives and over 550 classics from Xbox 360 and Original Xbox.

Connect and play with friends and family on Xbox Live, the fastest, most reliable gaming network
The most advanced multiplayer network provides steady gameplay and fast downloads.

Enjoy Xbox Game Pass
Xbox Game Pass gives you instant, unlimited access to over 100 highly-rated and fun games, with new games being added all the time.

Accessories
Xbox One games and accessories work together.
PostTweetShare Share with WhatsApp Share with Messenger
Community Updates
GAME DealsGAME discount code
If you click through or buy, retailers may pay hotukdeals some money, but this never affects which deals get posted. Find more info in our FAQs and About Us page.
New Comment Subscribe Save for later
Top comments
10th Dec 2019

It's a fair point that I agree with. If the digital version had been smaller I would have got it.

It's a fair point that I agree with. If the digital version had been smaller I would have got it.

While I agree with you, not really relevant on this Xbox one X deal that comes with a disc drive
10th Dec 2019
For anyone reading the comments.

Seems Microsoft are running loads of 299.99 deals all over the place now.
Plenty of console variations at this price.
10th Dec 2019

Oh.. My eyes must of been playing tricks on me. I thought it was the All Digital.
Never mind me.

Xbox One Xs are brilliant. With a 4k (preferably HDR) TV you can definitely see the difference in power, resolution and load times
10th Dec 2019

Yes I am glad I switched from PS4 pro to the one X! Playing the Modern Warfare campaign has blown my mind. That nighttime mission in the London town house felt more like real life. I'll get a normal PS4 to go next to my one X. I won't miss much about the PS4 pro but I do feel harsh I ditched a lot of buddies on there!
10th Dec 2019
What does this hyperspace version give you over a standard version other than the awful paint job?
10th Dec 2019

Nothing lol. Just like any special edition console.
10th Dec 2019

Better off buying a version with bundled games then.
10th Dec 2019

Not really i got mine for £67 on Black Friday and another guy got it in the Very deal for £84 and sold the 3 games for £55 so in effect and Xbox one s digi for £29 - i would say that is a topper of a deal cheaper than my lunch today!

But yeah it has its downsides with the discs but then again when the blu ray fails as it is locked to the box you cannot swap it out like a hard drive so your xbox one s non digi becomes a big doorstop!
Optical disks are so yesteryear anyway.
‌
Edited by: "omendata" 10th Dec 2019
10th Dec 2019

Anywhere selling this on finance?

They won’t give me credit for some reason

how can you sell digital only bundled games?
10th Dec 2019

how can you sell digital only bundled games?

I think he sold the card with the code that comes with the xbox or just the code!
The deal comes with 3 games cards with the digital deliverry code on them!
I hope that answers your question?

I wish i hadnt entered mine as none of those three games are my kinda game!
Possible £55 down the tubes and that would have made my X Box One S Digi only £12
Try and beat that price eh!

The Digital codes don't go for that much, so you did'nt really miss out.

Still thats £30 i have wasted.
I will probably never play any of em!

SWBFII and WOT was the only thing that made me buy it!
Always wanted one of these but saw a demo of SWBFII and that had me hooked! 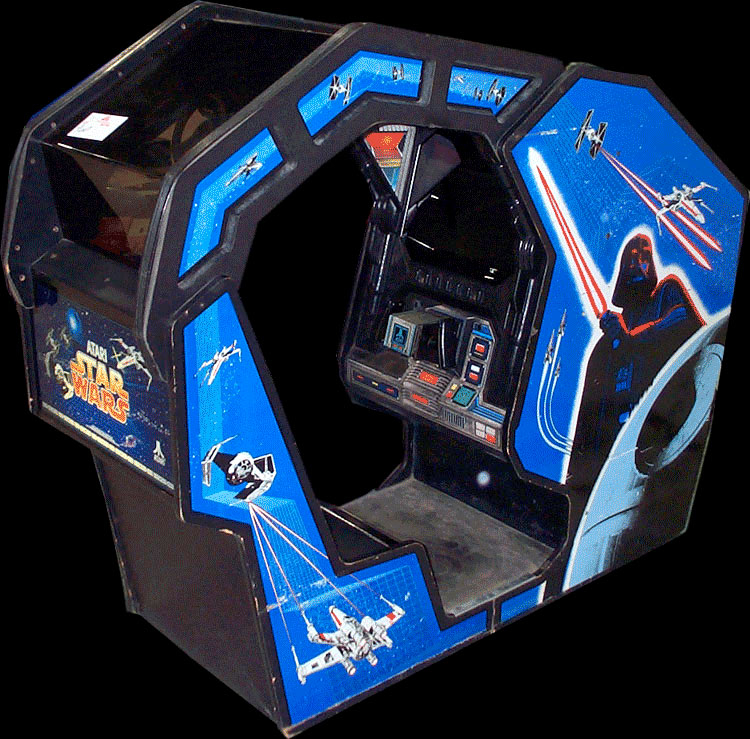 Damn i feel like a right fanny now!
Need a quick slap upside the heid!
‌
Another msfot way of making money with zero care for the customers.
The digi box is widely condemned and this just adds to that feeling!
But hey I got it for £67 for casual gaming so cannot really grumble too much!
‌
Edited by: "omendata" 10th Dec 2019
10th Dec 2019

Yep you still got a great deal.

Its not just MS who don't allow Digital games to be re-sold, Sony & Nintendo also don't do it.
Just the norm really.
10th Dec 2019

Anywhere selling this on finance?

Check again they don’t do this exact console