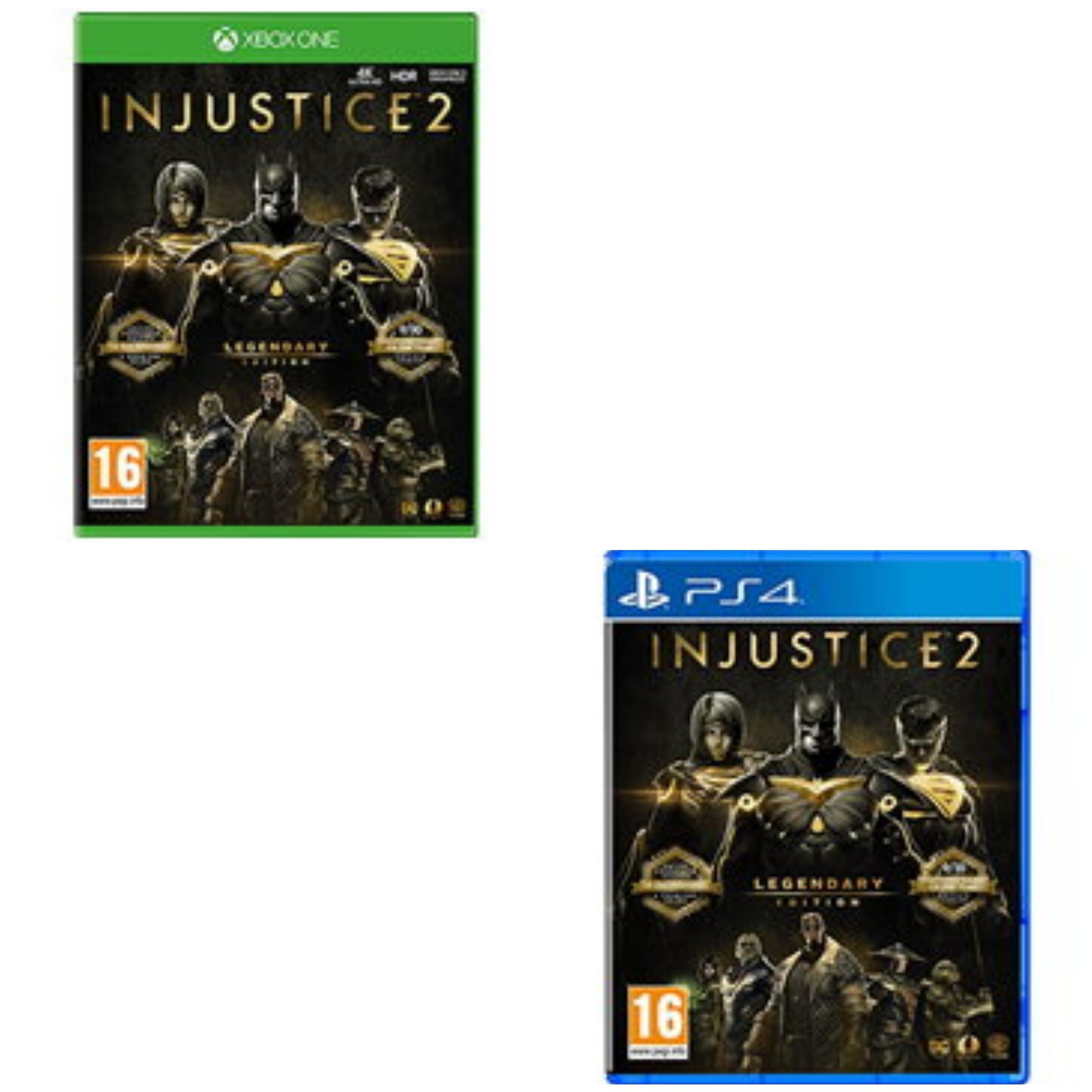 Injustice 2 offers the latest DC fighting game experience that expands on the previous title's larger-than-life showdownsMassive Roster of DC Characters: Players can choose from the biggest DC roster ever offered in a fighting game, from classic fan favorites such as Batman, Superman, Supergirl, The Flash, Aquaman, Wonder Woman and Blue Beetle, to astonishing new villains like Atrocitus, Gorilla Grodd and Deadshot.

Epic, Cinematic Storyline: Injustice 2 continues the story set in motion in Injustice: Gods Among Us as Batman and his allies work towards putting the pieces of society back together, but struggle against those who would restore Superman's Regime. In the midst of this chaos, a new threat appears that will put Earth's very existence at risk.

Built by NetherRealm Studios: Developers of the best-selling and critically acclaimed Mortal Kombat franchise, NetherRealm Studios brings unrivaled storytelling, robust content, and best-in-class fighting mechanics to the DC Universe.
PostTweetShare Share with WhatsApp Share with Messenger
Community Updates
Base.com DealsBase.com discount code
New Comment Subscribe Save for later
6 Comments
31st Jan
Always look at this but never quite bite. Is it any good? If netherrealm can do half the great job they did with MK then it may be worth the gamble.
31st Jan

I think it may still workout cheaper as the £19.99 is the legendary edition and the amazon one is the standard one
31st Jan
Yep expired
1st Feb
Xbox out of stock too....