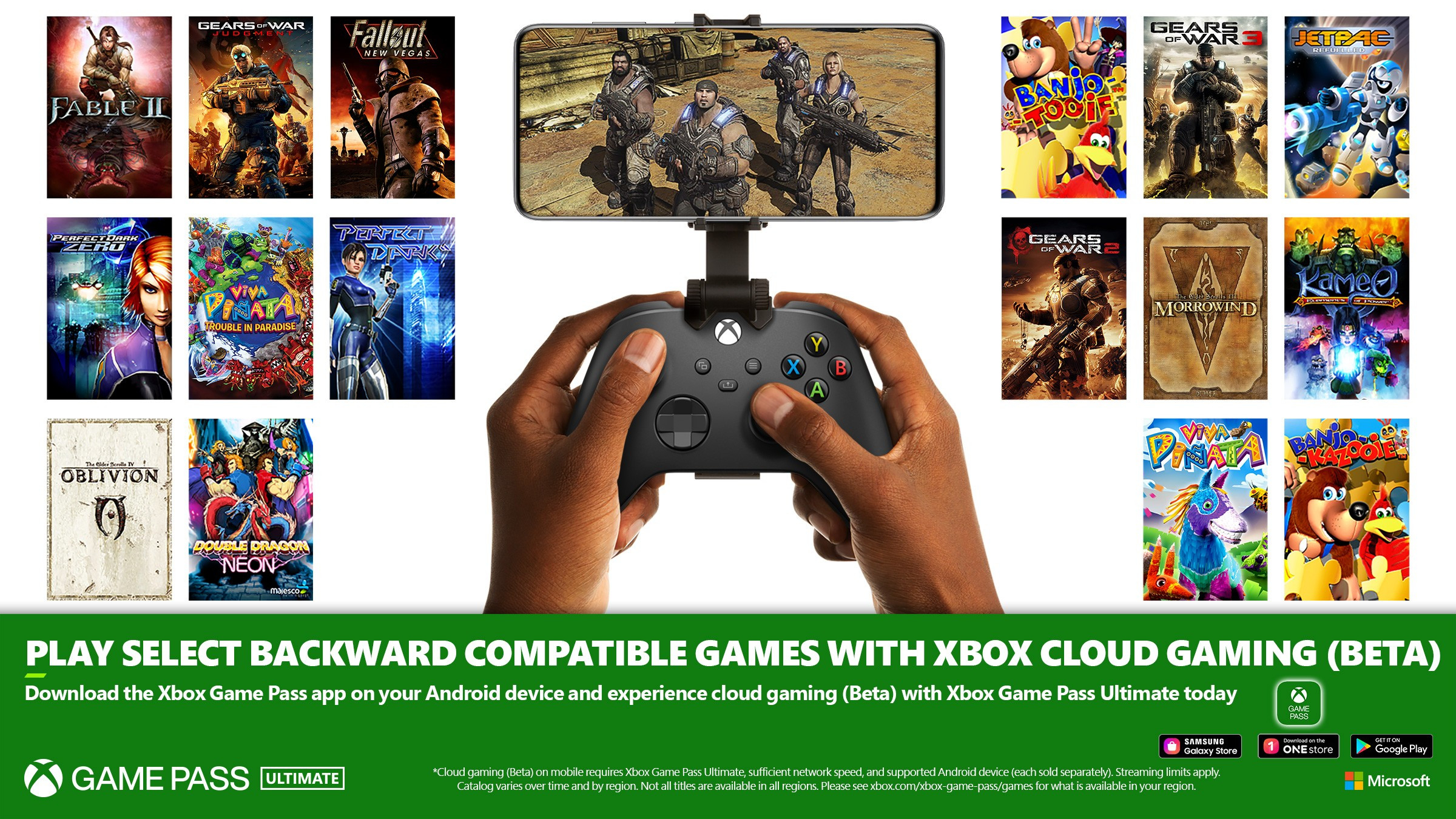 Xbox.com Store Deals
Expert (Beta)60
Get deal*Get deal*
Expert (Beta)
60Get deal*Get deal*
1272°
Xbox Game Pass Ultimate - Selected Backward Compatible Games Playable with Xbox Cloud Gaming (Beta)
Get*Get deal*
Posted 31st Mar 2021
Xbox Game Pass Ultimate members can now tap into a collection of favorites from the past in a whole new way — right on mobile devices, turning them into retro handheld game systems. 16 original Xbox and Xbox 360 games are now available on Android phones and tablets, with more games coming soon. We’ve listened to the feedback, going all the way back to our earliest cloud gaming preview, and making games from previous generations available on mobile devices has been one of the most requested features by the community.

So now you’ll be able to play a range of games on mobile, from original Xbox titles like Elder Scrolls III: Morrowind, to Xbox 360 hits Banjo-Kazooie,Fable II and Fallout: New Vegas. We’re also enabling touch controls for Jetpac Refuelled, Viva Pinata, and Viva Pinata TIP, allowing you to tend to your garden with ease. With games connected through the Xbox network, you’re able to bring past saves with you and play along with gamers from around the world.

Existing Xbox Game Pass Ultimate members can go back in time and start playing today. If you’re not member but are interested in chipping away at your back-catalog and finally getting to that game you’ve meant to play since 2010, sign up now. Xbox Game Pass Ultimate includes all the benefits of Xbox Live Gold, more than 100 great games on console, PC and Android phones and tablets via Xbox Cloud Gaming (Beta), and an EA Play membership. 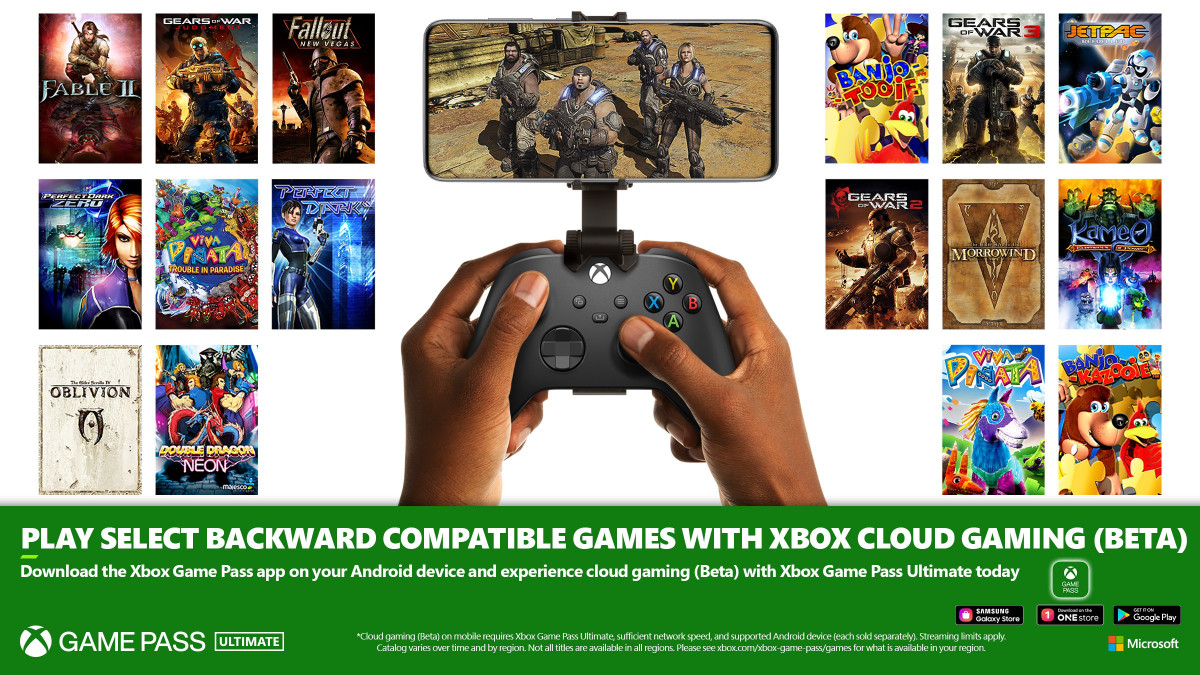