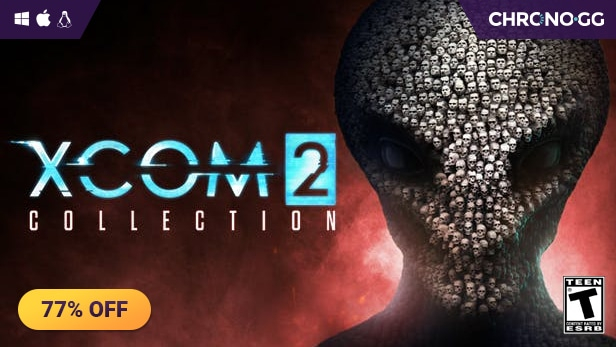 Aliens rule Earth, promising a brilliant future for mankind while secretly hiding a sinister agenda. As the leader of a guerrilla force facing impossible odds, you must ignite a global resistance to eliminate the alien threat and save the human race from extinction.

The XCOM 2: War of the Chosen expansion adds extensive new content in the fight against ADVENT when additional resistance factions form in order to eliminate the alien threat on Earth. In response, a new enemy, known as the “Chosen,” emerges with one goal: recapture the Commander. The expansion includes new Hero classes to counter the “Chosen”, new enemies, missions, environments and increased depth in strategic gameplay.
PostTweetShare Share with WhatsApp Share with Messenger
Community Updates
Chrono Deals
If you click through or buy, retailers may pay hotukdeals some money, but this never affects which deals get posted. Find more info in our FAQs and About Us page.
New Comment Subscribe Save for later