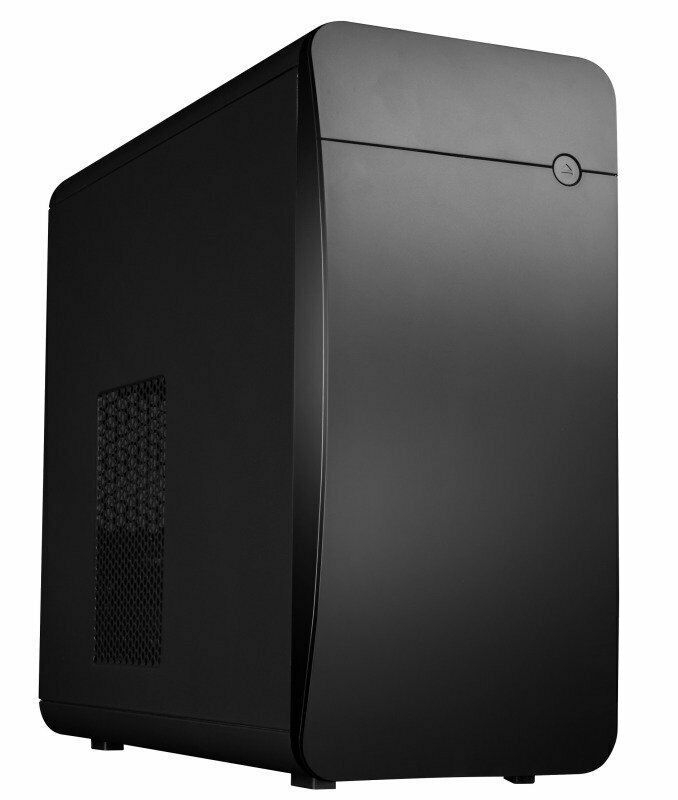 This time by Ebuyer..

"Im a Prebuilt system seeker, i build my own, but alot of folks either dont want to, so i like seeking out deals for them at all types of levels.

have a look under my name for many more builds..

so lets strip this one down:

No Operating Sys - 5er of ebay, and then head to links below to install on Pendrive.

so this puts it in line in price with the CCL deal under my name for £261 for a 3200G which comes with the Vega 8... this has extra threads being a 2400G CPU and also has vega 11 onboard graphics which is a nice additional increase. there isnt much in it between 2nd/3rd gens to worry about in either line.

the downside is the PSU!..... if your after a nice perky office system, this will be great, got the ideal member in my inbox seeking a deal like this now so he be over this...

buy it!, get an invoice... call upgrade it, if they cant help cancel the sale under the 14 terms.. shouldn't cost that much extra £20 get a nice PSU exta on top.. then u have a nice system...no decent firm doesnt do after sales.

fancy 16gb...... give them a call too.. while ur at it upgrade to higher mhz ram so long its all within budget, use my idea on prices below.

fancy building seek up ryzen 1200/1600 CPU Deals under my name for many build info n edit it according with the CPU you require.

That's likely due to the dual channel ram you now have, not due to the increase in amount.
32 Comments
6th Jan
@billwah2002
6th Jan
Decent budget pc. Won't be a lot cheaper if built by your own. Good find.
6th Jan
Good price but 2400mhz ram will really hamper CPU performance.
6th Jan
Anyone know if the 2400g has many benefits over the 2200g gaming wise?
6th Jan
Ryzen APUs are boosted a lot by ram speed, this could really do with 3000mhz+ ram.

This'll get a bit above 40fps 1080p medium fortnite. Not sure how well these overclock. Outside of that, this'll be largely limited light/indie gaming
6th Jan
I like this guys vibe.....
I’m a builder through and through but some good systems to start off someone who just wants it delivered, assembled and ready to go!

HEAT
7th Jan
Ebuyer!?! People be accusing you of working for them next...

That would be downright insulting.
7th Jan

This is not true. First of all it depends on the kind of work you're doing, additionally, difference in performance are very small when it comes to Ram speed.

I would be more inclined to single out the 8gb size as a factor for hampering CPU performance than RAM speed.
7th Jan

Also the amount of ram in a system won't hamper CPU performance unless you're doing heavy work like after effects. Ryzen relies on high speed memory to function at its best. The 2400mhz ram in this pc will limit the CPU substantially.
Edited by: "reubenno" 7th Jan
7th Jan

No it won't. I have this APU and had 8gb 3200mhz and it was crap until I put another 8gb in and now it flies.
7th Jan
I don't understand PC's as well as you however heat for excellent explanation advice and confidence. If I were looking I'd buy based on this advice
7th Jan

Anyone know if the 2400g has many benefits over the 2200g gaming wise?

Onboard graphics that are actually very good. Perfect for graphics, photo editing and low level gaming like fortnite but extra RAM is needed. I added another stick and not had any problems.
7th Jan

That's likely due to the dual channel ram you now have, not due to the increase in amount.
7th Jan
250w power supply... no thanks
7th Jan

pcper.com/2018/02/amd-ryzen-5-2400g-memory-speed-performance-analysis/Also …pcper.com/2018/02/amd-ryzen-5-2400g-memory-speed-performance-analysis/Also the amount of ram in a system won't hamper CPU performance unless you're doing heavy work like after effects. Ryzen relies on high speed memory to function at its best. The 2400mhz ram in this pc will limit the CPU substantially.

As vornstar12 is stating the key is bandwidth (speed combined with number of lanes and hence his dual channel variant seeing results) although latency is also in the equation.

Your link is strongly biased to the GPU side of the APU which with 2400g loves all it can get when pushing the graphics side. In most productivity stakes (CPU side of the APU) it is less pronounced and even dual channel could be debated - quad is a different matter (albeit not really applicable in this market).

e.g. anandtech state here after confirming for gaming there is no doubt - "The CPU benchmarks were a little hit and miss, depending on if memory was the bottleneck, meaning only WinRAR and DigiCortex saw big gains"

Amount of RAM becomes an issue when you have too little as you then drop to the performance of the swap partition when required (memory vs storage systems do not have the same level of performance). Zero difference (other than cost) having too much.
7th Jan
PC prices will have to come down when the next gen consoles are improving the baseline
7th Jan
Theres plenty PSUs to choose from on cclonline
7th Jan
Any links for the Windows 10 key?
7th Jan
Wait until 7th February anandtech.com/sho…-sd
7th Jan
Thanks for posting; we've added this to the Highlights pages
7th Jan
Sarden absolutely nailing the pc related deals yet again! Another massive effort on the post too. Well played that man! Hot.
7th Jan
its bad power supply and no graphics card
7th Jan

its bad power supply and no graphics card

This variant of the processor has reasonable integrated graphics.
8th Jan
Will this be good enough for office work, perhaps with a lot of browser windows open? I'm getting worried by talk of the ram not being fast enough or there not being enough. Not enough ram is fine, can always get another stick of the same thing later, but not enough speed is just a waste buying. Power supply should be good enough, right? If it's never going to have another hard drive or graphics card in then you wouldn't need to draw any more power.
8th Jan
Might get this to replace my aging upstairs pc.. as has been noted it has an awful power supply though.. is it still a goood deal if you have to buy a better PSU?

wanna alter this in to something sweet at many high levels higher: absolutely.

theres a lot of people Why not build your own, alot of people are scare'd of doing it ok.. and alot will refuse to open the case, but theres a good portion of folks who dont mind swapping out the GPU or ram or learning how to put one in, and anything beyond that goes over there head.

#alot of self builder will reply maybe why not just self build ^ covered that above.

there use to be CCL/Ebay Site wide Ebay voucher = thats gone untill CCL sort themselfs out with Ebay..

so with the reduction of price with typical 2400Gs/3400gs prebuilds in the market at there usual prices this makes this a nice deal at all levels and contender to do up nice advance system..

some may say why would u add a GPU....... alot do and its actually very nice fitting, 4core 8thread same as 1200 4c/4t at a lower speed with high end GPU's for gamers on budget who only game, where this has extra threads.

so desktop bang on as it is, retro gamer bang on.. and as a vega 11... sort the psu.. and do that by them n then u still get the saving, within it all. should be bundle part value +as stated build charge above.

as for the ram debate above.... 2400mhz vs 2666mhz ur talking 1fps higher.. 2666mhz vs 3200mhz talking 2fps higher at this level of CPU and that is on selective few games most of the time half that. so the increase is a nice addition if u swapping as i said try n 16gb in it and while at it get higher as might as well but dont be put of by 2400mhz as its a nice mhz ram..
Edited by: "sarden84" 8th Jan
8th Jan
would i be able to edit go-pro videos on this machine?
8th Jan
Ordered as an office pc... cheers OP.
8th Jan
Sold out but looking at this for £325 inc. code:

Replace PSU + add 8gb Ram to keep family happy for next 5 years? General desktop inc light photo editing use + netflix.
Edited by moderator: "removing shortened link " 8th Jan
9th Jan
I'd recommend throwing in a RX 570 or 580 for £80 or £110 respectively used. Both will help you with performance nearly doubling fps on some games and it's not too expensive to do so either
9th Jan

The pc you have right now is starting to show age but it's still better than the listed pc.
27th Jan
We ended up getting this for work and nobody sells this exact ram any more corsair.com/uk/…C16
Found a few UK shops that have it listed but just list it as sold out. Whoops!