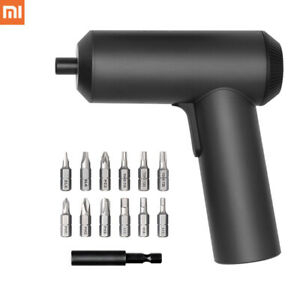 No screwdriver has ever wanted to appear in a Bond film more than the Xiaomi Mijia Electric Screwdriver. Just look at it, it might as well be his tool of choice over the Walther PPK.

Smooth, sleek, shadowy, even sexy, well maybe not. But it is a nice bit of kit. Yours for £28.39 from Xiaomi MC Store via AliExpress, delivered from its warehouse in Poland so will be quick delivery. It is clearly not gonna unscrew that ancient rusty door hinge, but for IKEA flatpack stuff it'll be a dream.

"The 2019 new arrival Xiaomi Mijia Cordless Electric Screwdriver with new design, 12pcs S2 steel screw bits and one screwdriver. Mijia Electric drivers have won the iF DESIGN AWARD 2019, and iF Industrial German Design Award. Easy to operate, durable and portable with 5N.m MAX Torque and a 2000mAh large Li-ion Battery capacity. It can be widely used for most household electric appliances." 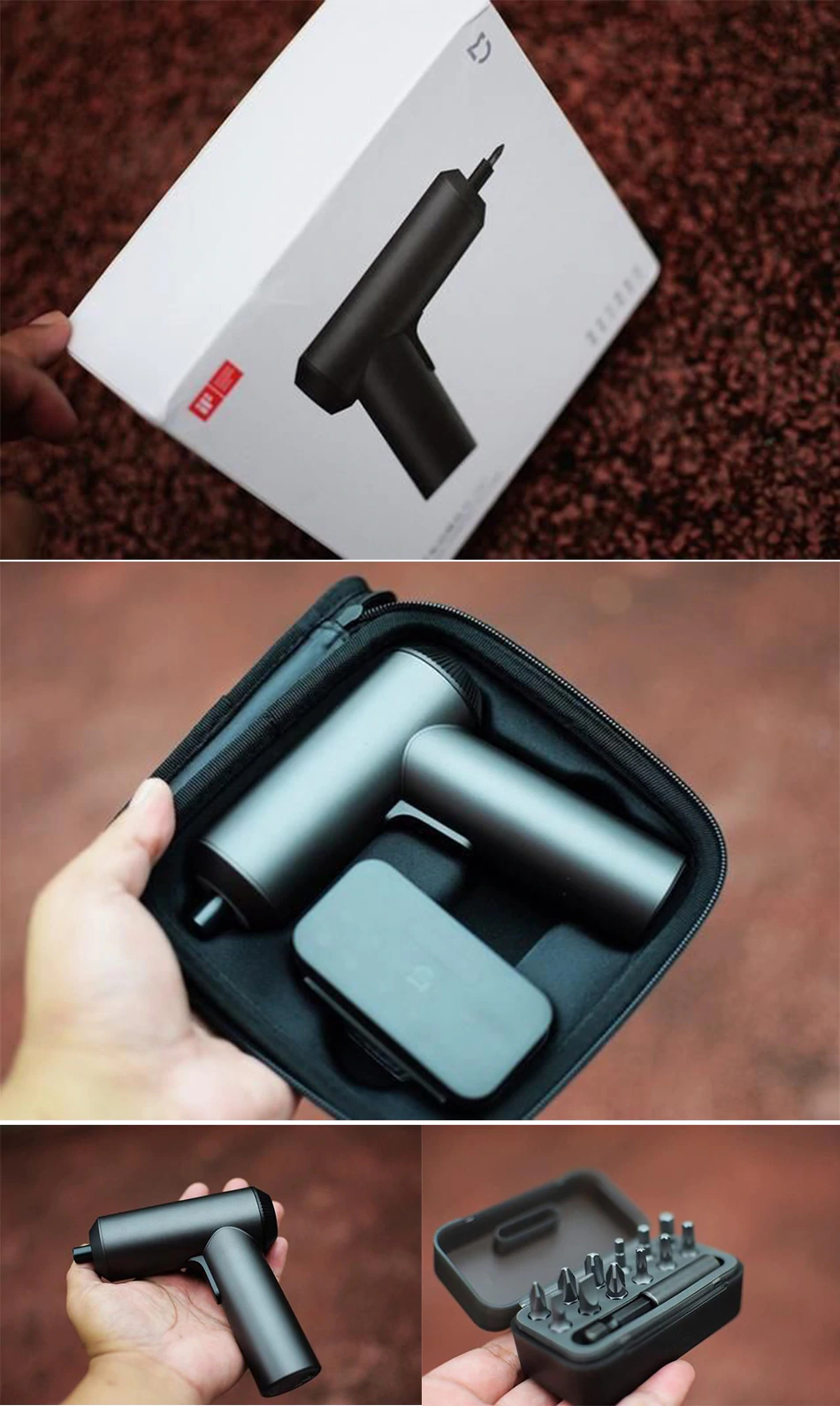 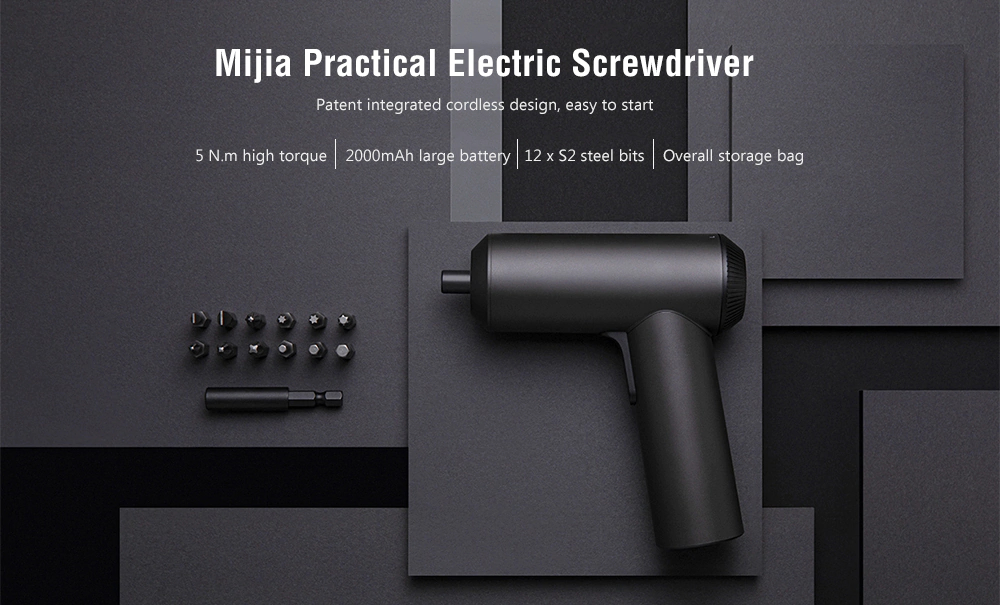 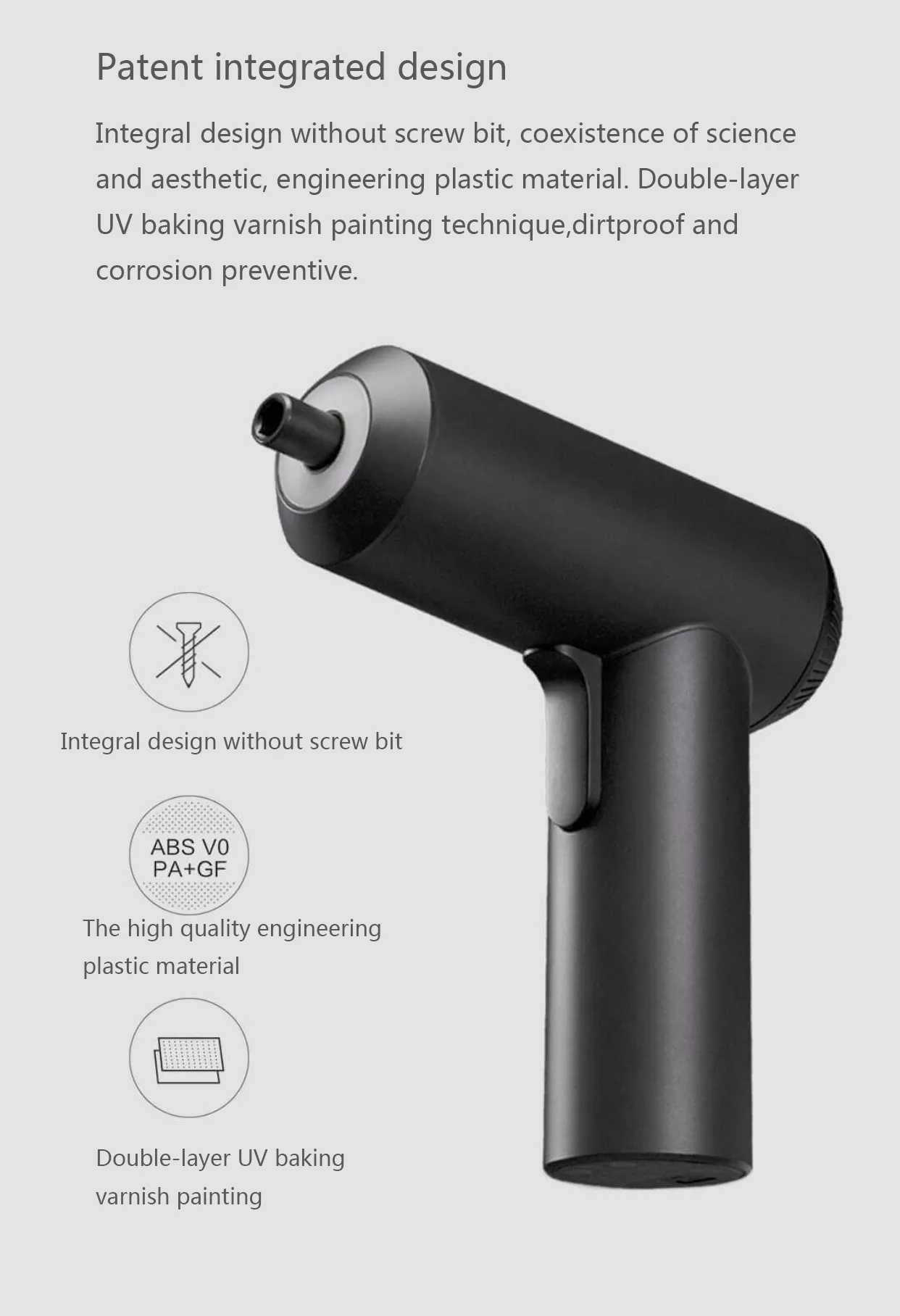 They should call it Dyson.

Is there anything Xiaomi doesn't make

It's just a little handheld one, not made for big jobs.
18th Feb
Hot, purely for the first paragraph of the caption
18th Feb
They should call it Dyson.
18th Feb

They should call it Dyson.

Dyson. James, Dyson.
18th Feb
If you're building flat pack furniture these are a must.
18th Feb

It's just a little handheld one, not made for big jobs.

True, but having used one previously, found torque lacked even for relatively small jobs
18th Feb
Heat for the intro 😁
18th Feb
Is there anything Xiaomi doesn't make
18th Feb

Is there anything Xiaomi doesn't make

Babies.
Yet.
18th Feb
Does this offer anything above the standard Bosch that people rate highly?
18th Feb

Does this offer anything above the standard Bosch that people rate highly?

The one I got from Lidl's is fantastic with more accessories than you'll ever need (until you do need them)
18th Feb
google.com/url?sa=t&source=web&rct=j&url=lib.dr.iastate.edu/cgi…FXk
18th Feb
Screwfix's Mac Allister electric screwdriver is £22 delivered (next day delivery), £16.99 with free click and collect. Granted, it doesn't come with many bits but it does have a torch and the handle rotates (which I've found helpful on a number of occasions).
18th Feb

Quite like this, it has a torque adjuster too. So it's a driver / torch, as otherwise that's a strange place to light up the head of the screw!
18th Feb
Ryobi from your local Homebase do good value tools and retuns not a a$$ pain if there are issues. I've used the 3.7v screwdriver every day at work for 2 years no problem.
Edited by: "trannyboy" 18th Feb
18th Feb
Is there any import tax?
18th Feb

Keeping in with the film vibe it has a stormtrooper kind of look to it. Not sure how that work light is meant to be useful in the bottom of the handle!
18th Feb

Is there any import tax?

From Poland no
19th Feb
The newest Bosch has slow start which is really useful, does this?
19th Feb
I have a lot of Xiaomi stuff, but this seems a major why?

You can get a Bosch or even aldi/lidl special that will do the exact same job for the same price or cheaper.
19th Feb

Is there any import tax?

No because it’s shipped from Poland.
19th Feb

Do they look like this? There’s your reason.
19th Feb

My chest of draws did not require me to comb my hair and iron my shirt before I screwed it.
Tyvm
20th Feb
Seems quite overpriced for what it is. I bought the Ryobi one from homebase last year. Reduced from £30 to £15. It's been a great wee driver for removing and installing wall electrical sockets.
21st Feb
I do office furniture fit outs and want this purely for the looks. Class looking yoke
27th Feb

Yeah - definitely the best value imo. I think it has 5nm of torque, so decent enough for a cordless.