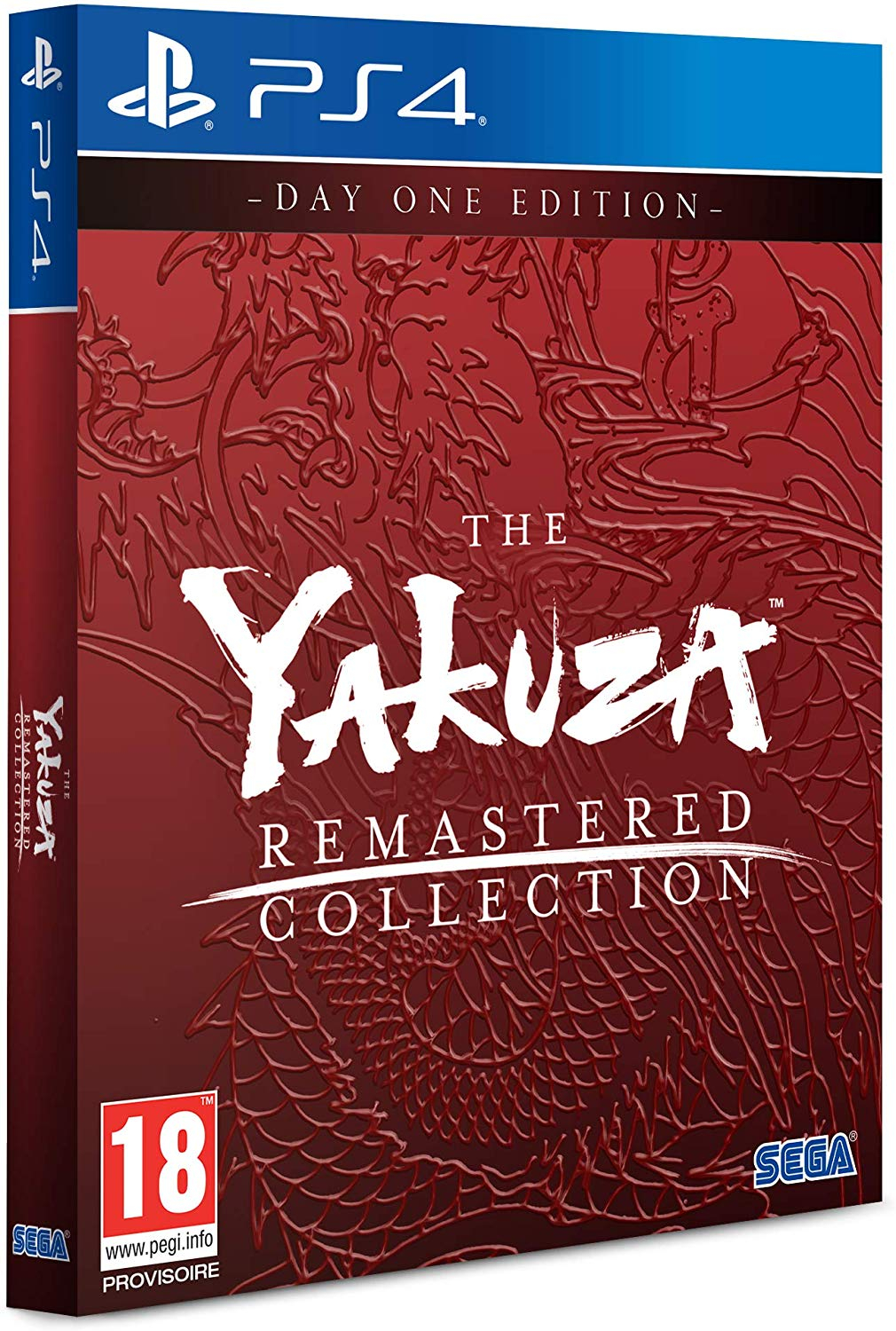 Complete the Journey of the Dragon of Kamurocho The Yakuza Remastered Collection is far from a typical console generation port. In addition to graphical and performance upgrades (720p>1080p at 30>60fps), all three games have gone through a rigorous re-localization process. The English scripts for each game have been reviewed, revised, and even rewritten in some cases, and content previously cut from the Western releases of Yakuza 3, 4, and 5 have been re-added in The Yakuza Remastered Collection. This release marks the first time Yakuza 5 will be available in a physical format in the West, so the collection also includes a genuine Yakuza 5 PS3 case; after 5 years since the game's original release, series collectors can finally fill the gap in their library! A limited physical run of The Yakuza Remastered Collection: Day One Edition will release on 11 February 2020 and contains Yakuza 3, Yakuza 4, & Yakuza 5 on two disks in a striking red collectible case emblazoned with Kiryu's trademark dragon tattoo while supplies last. 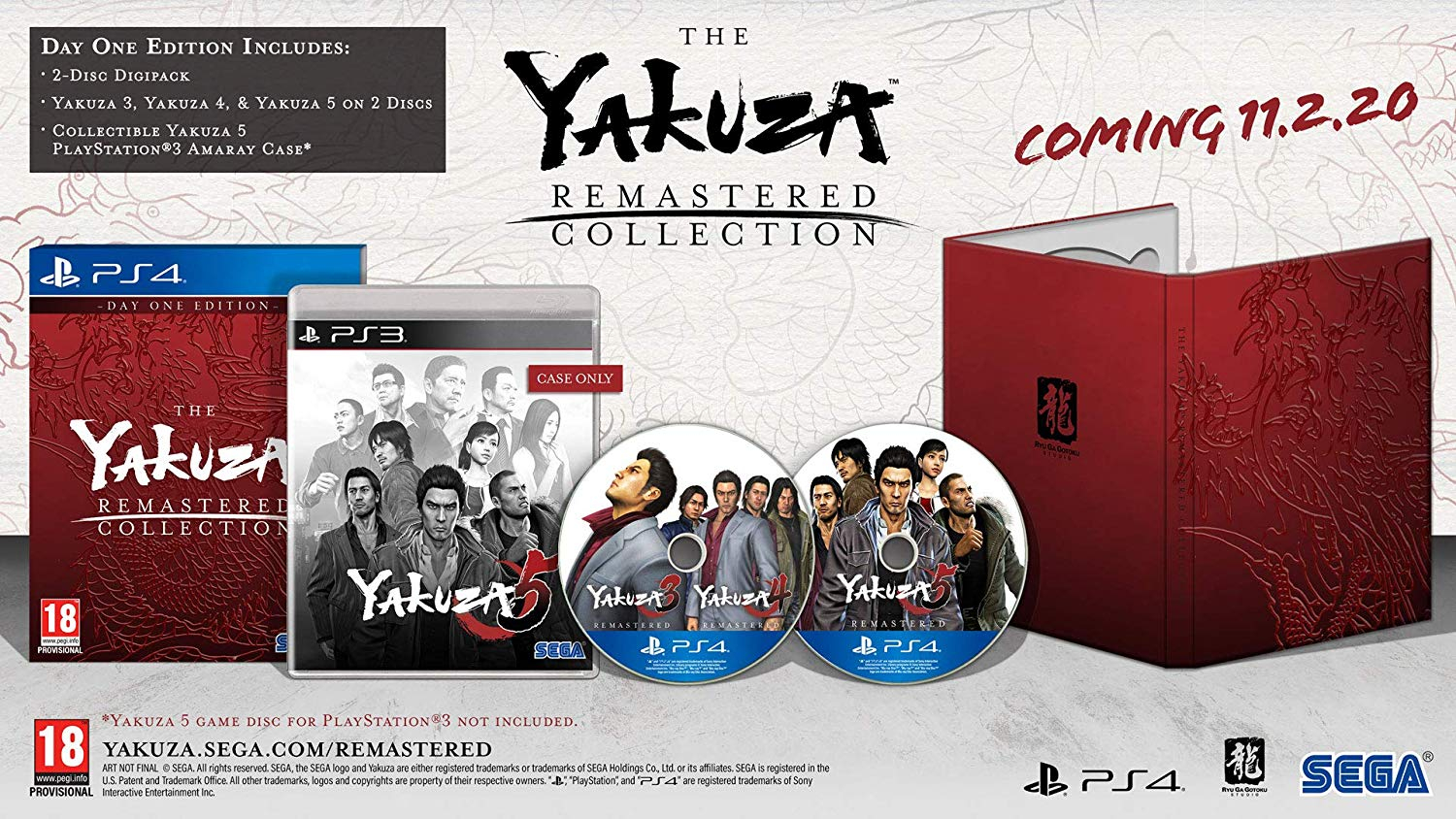 Yeah, spot on. I'd recommend this is you've been through 0, Kiwami and Kiwami 2 and want to continue the story. I played them through last year on PS3 and can't wait to replay the series again.
24th Mar
Heat added! Played 0 and loved it.
24th Mar
Ordered, thanks!
24th Mar

Maybe it won't go lower in the future because it's the Day One edition which presumably they made a lot less of. It's out of stock most places except Game and Amazon.
24th Mar

Heat added! Played 0 and loved it.

Unfortunately 0 to me is the pinnacle. 3 though is my next fav i find the rest meh.
24th Mar
I'm hoping for a PC release otherwise id be all over this
24th Mar

Yeah, you're right. I got carried away by the games and didn't clock what was in the package.
24th Mar
Do you still get the ps3 verson of yakuza 5 with it?
24th Mar

Do you still get the ps3 verson of yakuza 5 with it?

Do you still get the ps3 verson of yakuza 5 with it?

No. It was only ever released here digitally. That case is purely so ps3 collectors could have it on the shelf with the rest.
25th Mar