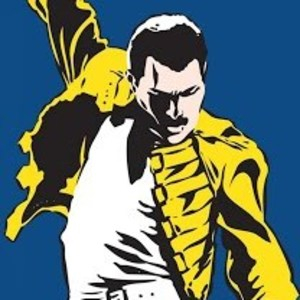 The members of Queen are releasing their 1992 tribute concert to Freddie Mercury on YouTube to benefit the World Health Organisation.

On Friday 15 May, fans will be able to stream the concert, which featured performances from the likes of David Bowie, Robert Plant, George Michael, Axl Rose and Liza Minnelli, for 48 hours.

Every dollar (£0.82) donated on the stream will be matched with a $2 donation by Google, with all funds going to the WHO’s coronavirus relief effort.

The Freddie Mercury Tribute Concert for AIDS Awareness took place on Easter Monday, 20th April 1992 at Wembley Stadium in front of a 72,000 sold-out crowd and global broadcast audience of over one billion. The concert was a tribute to Queen's lead vocalist, Freddie Mercury, who died of AIDS on 24 November 1991. Queen’s remaining members Brian May, Roger Taylor and John Deacon were joined on stage by many of the biggest acts in the world including David Bowie, George Michael, Annie Lennox, Elton John, Guns N’Roses, Robert Plant, Metallica, Liza Minelli, Def Leppard, Seal, Roger Daltry and many more. The concert was to be the last large scale live event John Deacon performed with Queen.

Part 2:
PostTweetShare Share with WhatsApp Share with Messenger
Community Updates
YouTube Deals
New Comment Subscribe Save for later
Top comments
14th May
Heat I was lucky enough to be there. The first concert I ever went to.
14th May
George Michael was the best performer on the night by far.
14th May

Not for me. Extreme stole the show.
14th May
Still have this on tape and simulcast from the day, the full concert, absolutly brilliant, now were is that VHS player.
69 Comments
14th May
Heat
14th May
Heat I was lucky enough to be there. The first concert I ever went to.
14th May
@merb0786 Thx SO much for sharing I was lucky enough to see him \ them at the NEC in Birmingham in August '84 on the Works tour R.I.P Freddie much missed 💔 experienced and never forgotten
14th May
George Michael was the best performer on the night by far.
14th May

Not for me. Extreme stole the show.
14th May

I remember Robert Plant doing a dreadful self indulgent version of Innuendo on the night. I had no idea who he was back then.
14th May

You lucky, lucky B******
14th May
Heat @merb0786
I can remember when this was shown was a young kid at the time - i remember George Micheal singing and grown up's crying
Not till years later did i understand the sheer scale of what happend
14th May
Thanks for posting, heat added. I will definitely watch this.
14th May 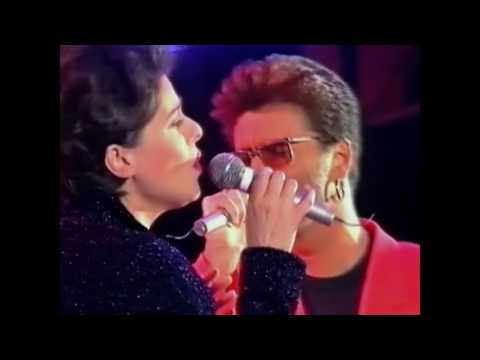 Not for me. Extreme stole the show.

Get the funk out! no way.
14th May
I was there, I remember we couldn’t really hear the singers on the night, as the crowd were all singing along, especially to the interludes on the video screens of Freddie playing the crowds at past concerts like a conductor with his orchestra - even on video, the guy was brilliant. Still remember the gasp that went thru the stadium when Liza Minnelli came on.

I thought the Bowie / Lennox duet was the best bit - when I watched the TV broadcast the next day.
14th May
I was there too! Momentous occasion. It did make me realise just what a fantastic singer Freddie was and just how difficult his (and Queen's) songs were to sing as there were definitely a few ropey vocal performances on the night. As previously mentioned George Michael and Extreme were brilliant but for me the best moment was when Queen appeared and did 'Tie Your Mother Down' with Slash and Joe Elliot which was amazing.
14th May
I was there too. That was a long day and I remember it well. Metallica were awful (but never been a fan), Extreme were very good as was George Michael. The rest were a bit of a mix but all highlighted one thing: just how good a singer and frontman Freddie was - good as the concert was, no one even came close to matching Freddie's range and power. That said, Adam Lambert does an excellent job and I've seen them twice now - highly recommend going to see a Queen +Adam Lambert show when things get going again.

Other bits I remember was right at the end everyone was still shouting an encore and Roger Taylor had to come back on stage to tell everyone to go home. And I seem to remember Elizabeth Taylor getting upset with someone in the crowd at one point, although I can't remember why.
14th May

Not my first concert but managed to get tickets as was a massive queen fan at the time. Remember queuing outside for what seemed like hours listening to Metallica tune the drums. Managed to get about 5 rows from the front and when they came on the mosh pit left me far right . Was a brilliant day. Nice post Op 👌
14th May
I wish I could have been there for that, couldn't get tickets. I had been lucky enough to have seen Freddie when he played what turned out to be his last ever gig a few years before at Knebworth. That was an amazing day.
14th May
Still have this on tape and simulcast from the day, the full concert, absolutly brilliant, now were is that VHS player.
14th May
Love this. Thank you. ‌
14th May
I saw Queen at Babarella’s Birmingham in April 1974. I was standing about 6 feet away from Freddie (not social distancing!). Didn’t realise then how big they would become, although you could already see what a showman he was.
14th May

Love this. Thank you. ‌

Hello my dear friend. I’m well thank you. Hope you are safe and well too? Thank you for sharing this. You have some of the most exciting posts on HUKD. It’s a wonderful collection of posts.
14th May

Thanks man, means alot - I try to provide some variety. I am just using this lockdown as a timepass and just spending more time on here than I probably should

Everyone at home is safe and well thank you. Bless you.

Your contribution on HUKD is very relevant, current and extremely valid today. Which makes them so appealing. Keep doing what you do. Really enjoy seeing your posts. Thank you.
14th May

Thanks mate, will do. You going to watch this free concert?
14th May

Thanks mate, will do. You going to watch this free concert?

Definitely watch this concerts. I’ve been going to live concerts (80% + for free) for more than 30 years now and love how it brings out the best in people. Especially our U.K. audiences - they are the best! I unfortunately missed most of Queen’s concerts in 1984 and 86 but would have loved to have seen Freddie live. Queen with Freddie uplifts our country. So this post so ideal and relevant.
14th May
The greatest ever
14th May
Was there as well and saw Queen at Knebworth in 1986. What a showman Freddie was and sorely missed. Seen them more recently with Adam Lambert and have to say they put on a great show. Was going to see them again in June at the O2 but it’s been put off till next June. Will have a look at this. Thanks
14th May
I went to that concert, and at the time wasn't a George Michael fan, but when he sang that night, and by far the best performance, my opinion immediately changed. He really was (George) and let's not forget Freddie great singers!!
14th May

Me too. It was a great day.

Likewise! Happy/sad memories. An emotional day.
14th May
I was there too. I was about 20 rows from the front, dead centre. Best concert I have ever attended and George Michael stoke the show (imho). Great memories and amQueen deserve the respect they still attract all these years later.
14th May
II still have this on VHS!
14th May

YouTube Marc Martel.
14th May
Miss you Freddie,Best Ever!
Must be at least half foreigner.
Edited by: "pmaker" 14th May
15th May
This has been aired on TV a few times recently. Minus the part 1 as far as I can tell. Some actually good music from a bygone era.
15th May

You are extremely lucky. Queen are my idols and unfortunately Freddie died the year I was born so never fortunate enough to see them
15th May
17 hours away