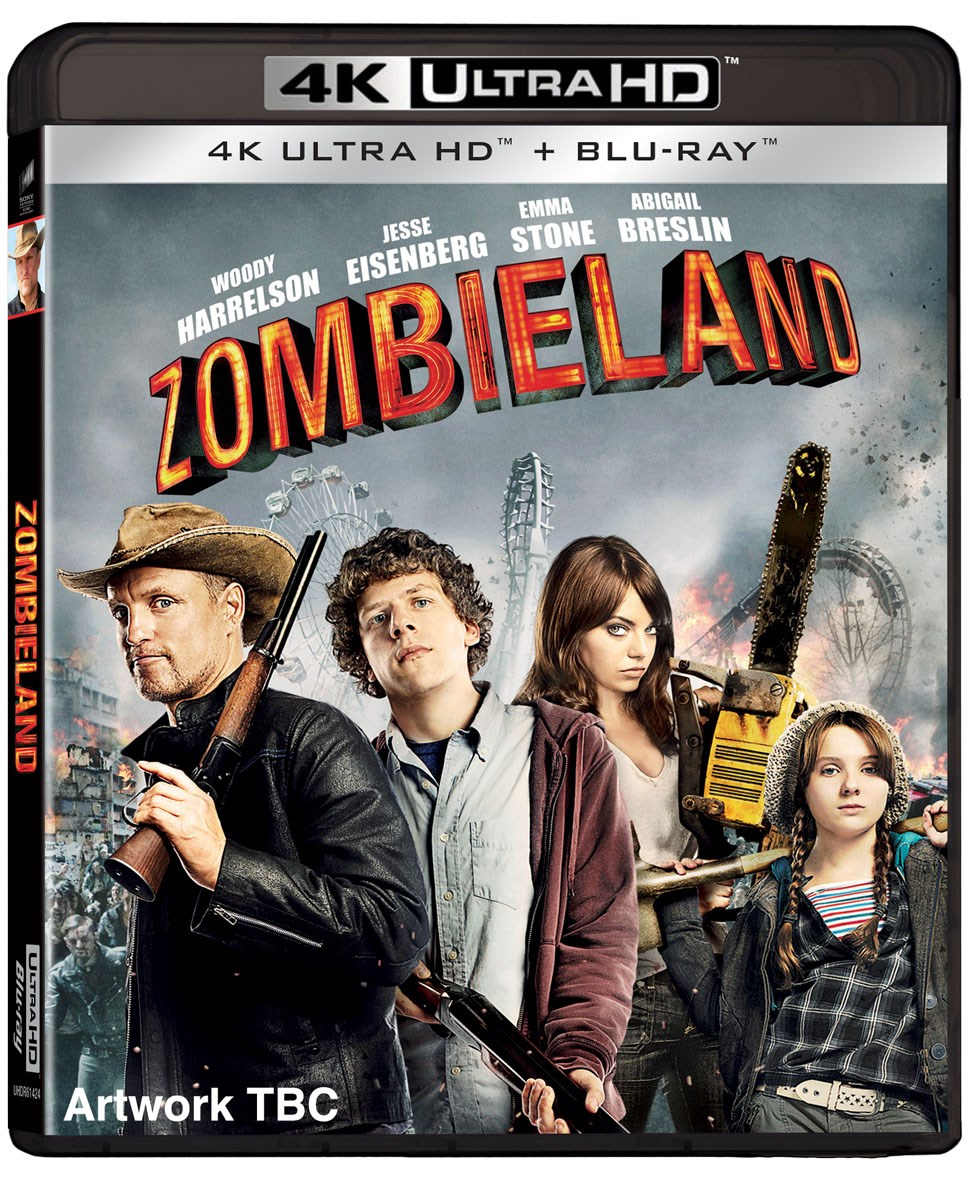 Nerdy college student Columbus (Jesse Eisenberg) has survived the plague that has turned mankind into flesh-devouring zombies despite being scared of just about everything. Gun-toting, Twinkie-loving Tallahassee (Woody Harrelson) has no fears. As they join forces with Wichita (Emma Stone) and Little Rock (Abigail Breslin) who have also found unique ways to survive the zombie mayhem, they will have to determine which is worse: relying on each other or succumbing to the zombies.
ALL-NEW TO 4K AND BLU-RAY DISCS
• 10 Years of Zombieland
• Shootin' Zombies with Ruben Fleischer
• Behind the Scenes with the Cast and Crew of Zombieland
ALSO INCLUDES
• "Beyond the Graveyard" Behind-the-Scenes Picture-in-Picture Track
• Commentary with Actors Woody Harrelson and Jesse Eisenberg, Director Ruben Fleischer, Writers Rhett Reese and Paul Wernick
• Go Behind-the-Scenes with 'In Search of Zombieland'
• Deleted Scenes
• Visual Effects Progression Scenes
• Theatrical Promo Trailers
• MovieIQ
PostTweetShare Share with WhatsApp Share with Messenger
Community Updates
Zoom DealsZoom voucher codes
New Comment Subscribe Save for later
3 Comments
20th Feb
Great deal voted hot
21st Feb
Bought, many thanks Op
21st Feb
Love these films, just watched the second one last night. We bought this one on Amazon prime for £3.99 in uhd, not sure if that is still the price.