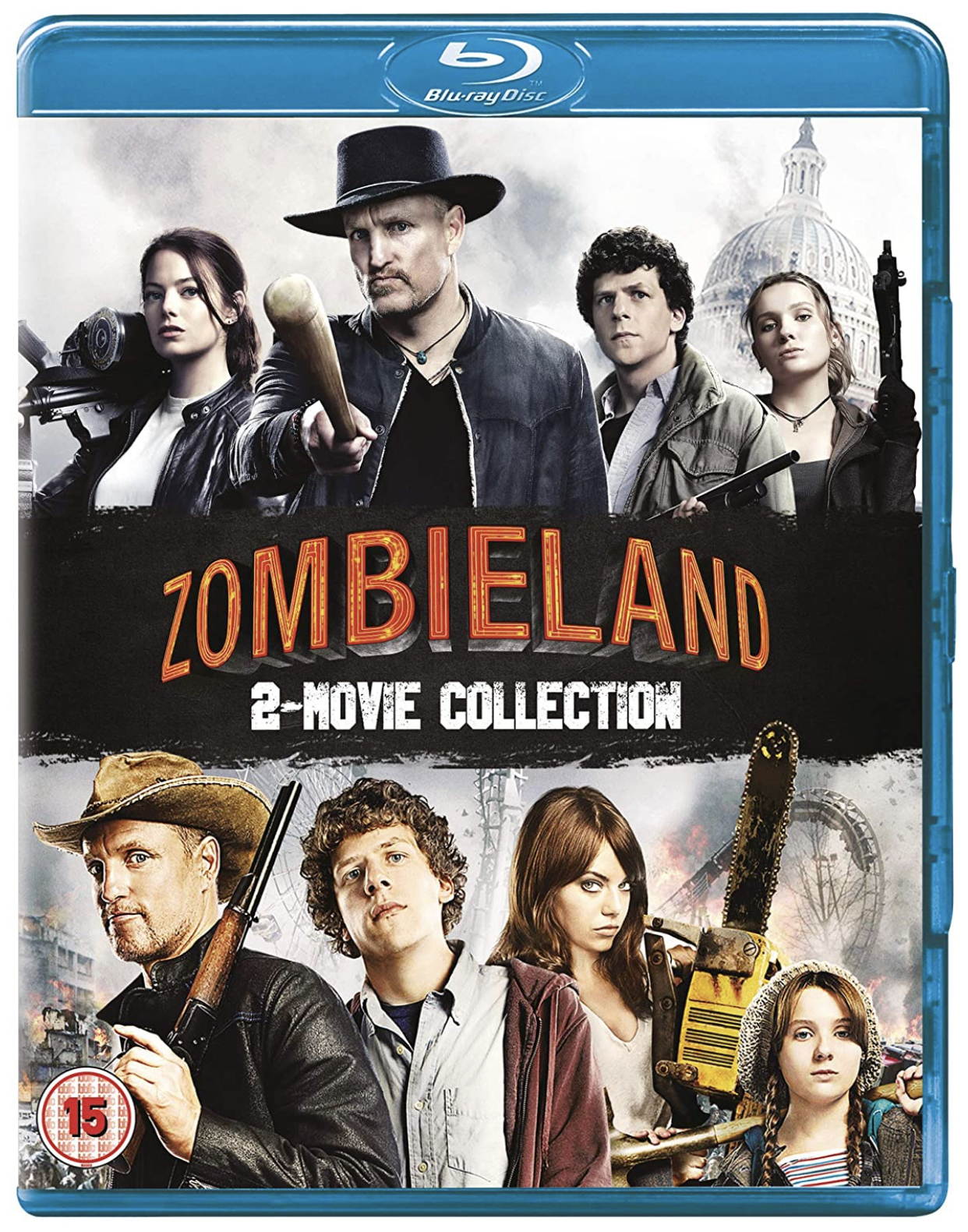 Zombieland: Nerdy college student Columbus (Jesse Eisenberg) has survived the plague that has turned mankind into flesh-devouring zombies because he’s scared of just about everything. Gun-toting, Twinkie-loving Tallahassee (Woody Harrelson) has no fears. Together, they are about to stare down their most horrifying challenge yet: each other’s company. Emma Stone and Abigail Breslin co-star in this double-hitting, head-smashing comedy.

Zombieland 2 Double Tap: A decade after Zombieland became a hit film and a cult classic, the lead cast (Woody Harrelson, Jesse Eisenberg, Abigail Breslin and Emma Stone) have reunited for Zombieland: Double Tap. In the sequel, where the comic mayhem stretches from the White House and through the heartland, these four slayers must face off against the many new kinds of zombies that have evolved since the first movie, as well as some new human survivors. But most of all, they have to face the growing pains of their own snarky, makeshift family.
PostTweetShare Share with WhatsApp Share with Messenger
Community Updates
Amazon DealsAmazon discount code
New Comment SubscribeSave for later
6 Comments
9th Apr
Kill of the week?
9th Apr
Limber up.
9th Apr
Mehhhh only 5.1 dts
9th Apr

I don't believe in it.....d'ya ever see a lion limber up before it takes down a gazelle?